People lie and deceive. Many con artists.
But we learned to see and separate those who need  from those who ask. And often those who ask are not those who need. And yes, we have certain rules. For example, if the family has a man with arms and legs…we don’t help. Unless there is some force majeure (wound, fire, loss of housing, disability). I don’t like to hear stories from healthy men about how there’s no work. Our abilities are not boundless, so therefore we help those who genuinely need it. Within our ability, we try to give people the fishing rod, not the fish. We help with passports, registration, medical documents. Often it’s beyond their ability. We help with hospitalization, and here Zhenya is a God-level operator when it comes to dealing with the bureaucracy. How many grannies have we helped with custodial rights? These were some battles. In LPR, civil courts began working only recently, and everything was in limbo until then. Now there are huge waiting lists.
Through several readers, many LPR people were able to start working remotely through the Internet.
I believe there’s a need for aid everywhere. It just so happened that I’m helping Over There. But I’d be gladly helping here, too. But it seems there are enough hands, foundations, even without me.

I also want to say that in relation to our aid “selectiveness” which I mentioned earlier, as of right now many of the people we are caring for are grannies raising grandkids without assistance. We’ve been helping many such families for years. It’s not that they are lacking grown men, but that all the duties have been undertaken by the elderly, with all the associated consequences.
This post contains another report on our aid for two new families.
Both families are “multi-grandchild” ones, to use Zhenya’s term. Two grannies, and nine kids.
Friends, thank you for giving us the ability to help them.
If you want to join in our aid effort, please make your contributions “grandmas”.
They are badly struggling, it’s all but impossible to feed and raise grandkids under LPR conditions. They love their children and are doing everything to make sure they are not taken away by child-care services.
Diana, born in 1961, has five grandkids. I wrote about her earlier. The mother is “unfit”, as she abandoned her kids and left LPR. The youngest one is one year and eight months old. 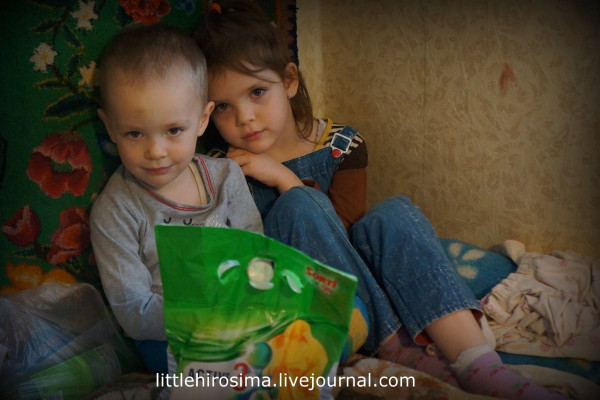 The older granddaughter is helping out and works. But…just look at these kids, how lovely they are.
Incidentally, the middle and older granddaughters attend a theater studio. The middle one already received a main role. She’ll perform in the Spring. 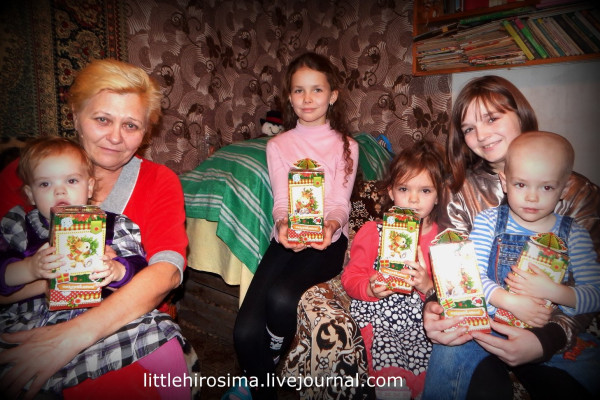 Thanks to everyone who responded to our call to help Diana’s family!
The granny is having an indescribably difficult time raising FIVE children. 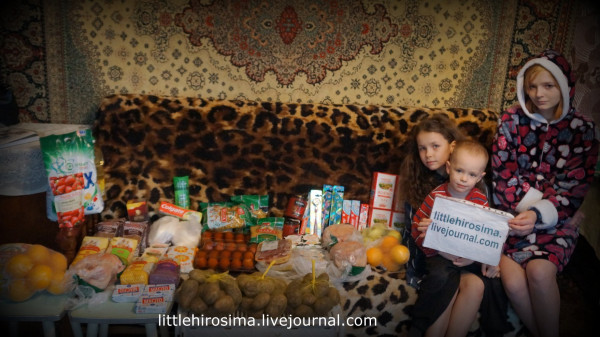 A report on aid to five different families. 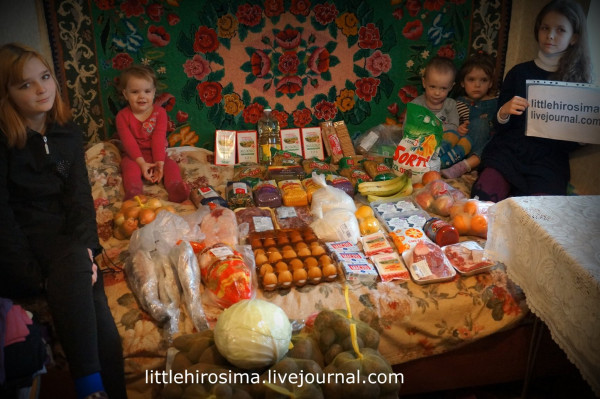 This is Irina Aleksandrovna with four grandkids. She escaped from the village of Frunze which was being bombarded. It was a miracle–she was able to get child care benefits.
But it was not easy.However, in the end, she’ll get money. It’s impossible to raise kids on a single pension. 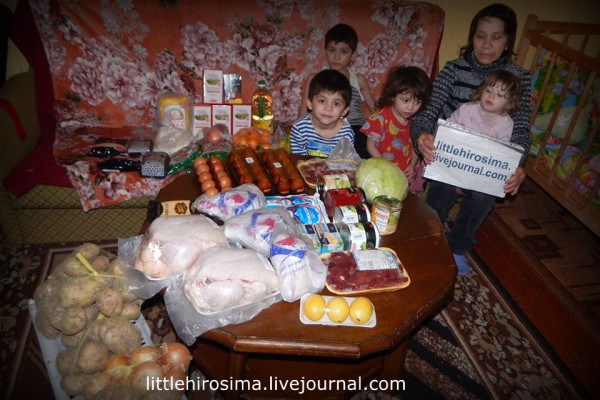 Thank you for your caring! 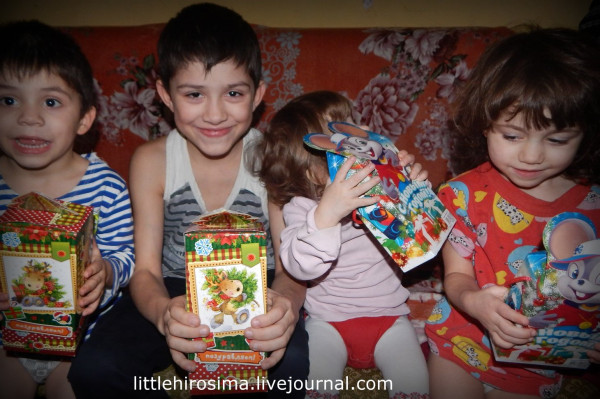