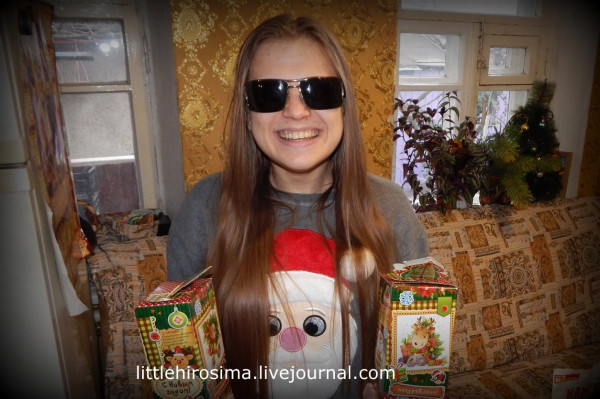 I will repeat that which my old readers already know, probably by heart. But I still get new readers and, alas, I have to repeat this over and over.
Vika is a girl from Lugansk whom we’ve been helping since May ’15. Vika has insulin-dependent diabetes. In early spring of ’15 she lost her brother, also a diabetic. One must realize that he survived all the shellings of Lugansk in the cellar of their home. There were gaps in insulin supply in the city during fighting. After he died, Vika stopped eating which led to serious health problems. Very rapidly, too. She lost teeth, had endocrinology issues. She lost sight. That’s when we met her, a couple of months after brother’s death. Then it turned out she had TB. You can read over 70 posts about her by clicking on the “Vika” tag at the bottom of this post.
We took her to Moscow in ’16 where, thanks to Irina Bednova, she underwent eye treatment. That’s where TB was discovered. She spent 6 months in Moscow ending with a surgery that removed a part of a lung. No improvement in eyesight. She was taken to the Gelmgoltz clinic and other lead hospitals where everyone said there is nothing to be done…
And that was just the beginning. She’s had several hypoglycemic comas. She was hospitalized a couple of times with extreme eye pain, due to internal pressure, so bad that she would scream in pain. Removing the eye was considered, but it didn’t come to that. 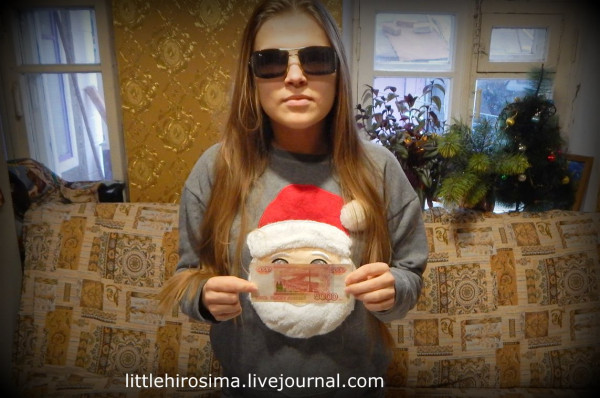 So, she’s not ad it easy. She lives in Lugansk with her mom, who takes on any work. But she’s struggling too. In any event, average region salary is 6,000 rubles. The father vanished a long time ago without a trace. Thank God insulin is now given out for free, and specifically the type of insulin she needs. Before ’16, one had to buy it outside and bring it to Lugansk. The one that was locally available was not suited to her needs, it made her worse. Thanks to Sergey and his wife in Belgorod, Vika has a “talking” glucosemeter, for which Sergey regularly donates test strips. So the girl is at least partly independent of her mother.
It means that Sveta can leave the house from time to time. Measuring sugar is a life-or-death situation for diabetics.
Thank you, Sergey! Also for the “talking” blood pressure device. She’s had problems with that too recently. Also with kidneys, one of which had failed. She’s on dialysis.
She has to almost constantly deliver samples and drink many different medications. 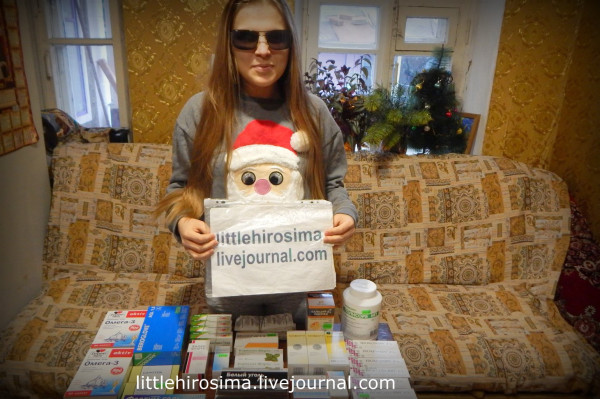 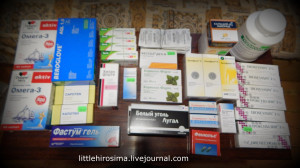 Right now her creatinine is twice the norm, hemoglobin has crashed. These things happen, unfortunately.
But she’s a smart cookie and she doesn’t despair.
And, most importantly, she performs! Sings, laughs, and try to live her life.
We are helping the mother with the house and garden needs. 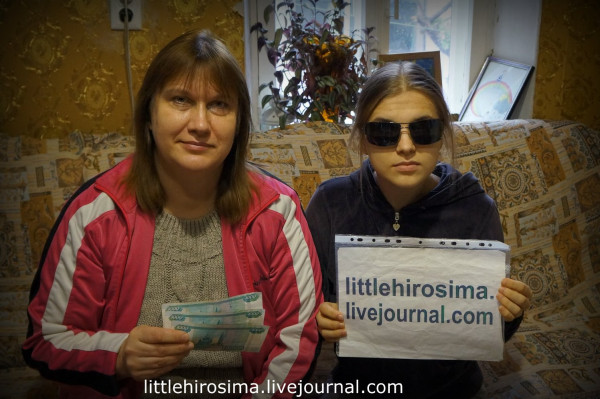 So this is where things stand. Friends, we’ll be grateful for your contributions for this family. Vika badly needs proper nutrition and regular doses of medications. She can’t live otherwise.
Please label your contributions “Vika”.
It will be no exaggeration to say that if it weren’t for our help, one can’t tell what would have become of her.
Thanks to all who are helping her! 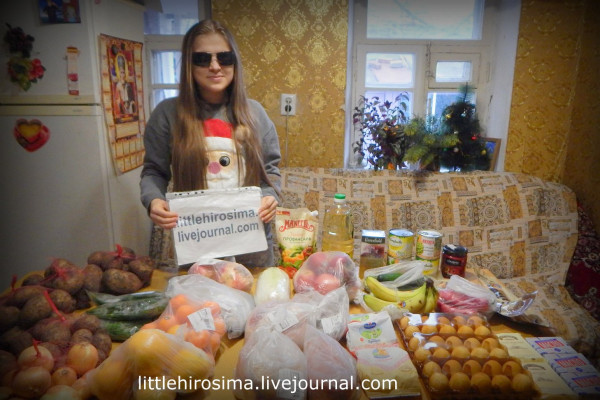 This is our aid from the last two months. Medications, food, money. 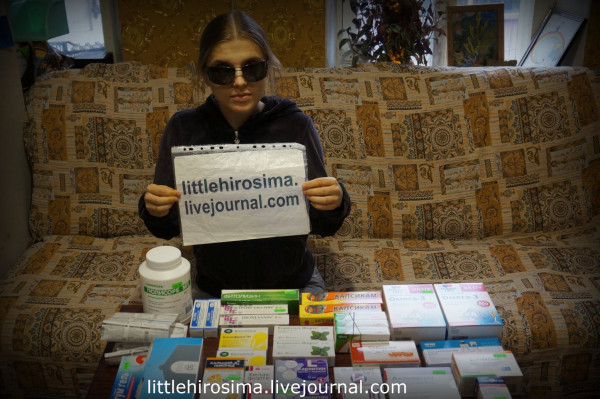 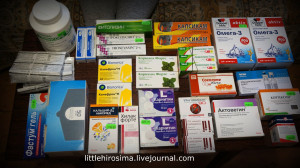