We have in Lugansk two smart beauties, sisters Marina and Alyona. We’ve been assisting them for over three years, calling them among ourselves “little sisters”. In those years we’ve been through a whole lifetime with them, in which the elder one broke a leg, was hospitalized, while the younger one turned into a woman. We’ve started helping them when they were de-facto orphans even though their mother was still living, but about whom they did not even want to speak. You and we covered their utilities debts and recently, thanks to Boris from Kazan, bought a water heater, helped with clothing and food. Marina is now 24 and she’s been “mom” for a long time now. To her younger sister. I remember how when we met in their apartment I gave them cosmetics. And Marina said that she does not allow Alyona wear make-up because it’s too soon. She said it so categorically and authoritatively that I was instantly aware of how the girls survived on their own in that terrible world. Marina is tiny and fragile, but her character is reinforced concrete.
But a year the unexpected happened. They got a call from the hospital right near New Year’s. Her mother had a stroke, and her phone had their number listed as “daughter”. Daughter whom she hasn’t seen or called in years. Who lived nobody knows where, with whom, and without care for her daughters. 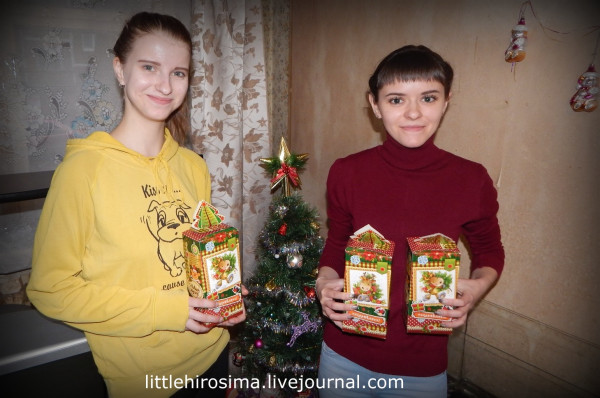 They’ve been caring for their sick mother for a year. I wrote two years of posts before that about how difficult their lives were. How they were surviving without relatives. And, of course, badmouthed the mother. Cursed, tossed epithets, worked up a pathos.
Did they have a choice? Of course.
They could have rejected her. But didn’t. Because…
Marina told Zhenya at that time–“she’s our mom, after all”.
I don’t know whether she was their mom, it’s not important, but she clearly became one. To them. 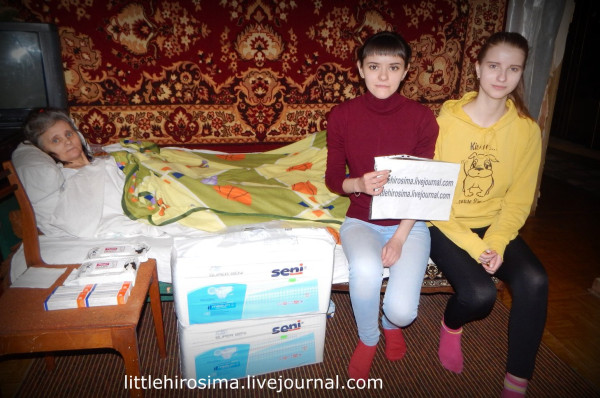 It’s difficult to live alone. It’s hard to be alone. Swim alone though this difficult world. In the unrecognized Republics with their foggy future. Shelling could resume. Or not. They live as if on a volcano.
And now they undertook such a heavy burden. Because they love.
Because they are genuine People. I wrote about that, and encountered many critics who said that they are dumb and why bother.
I’ll say one thing–they have big souls and big love. That’s most important in this world, there is nothing else. This is probably the only piece of pathos that I got out of this war and out of all these experiences. Which is still awkward to write.
But I’m proud to know such people. And I’m glad we are able to make their lives easier. 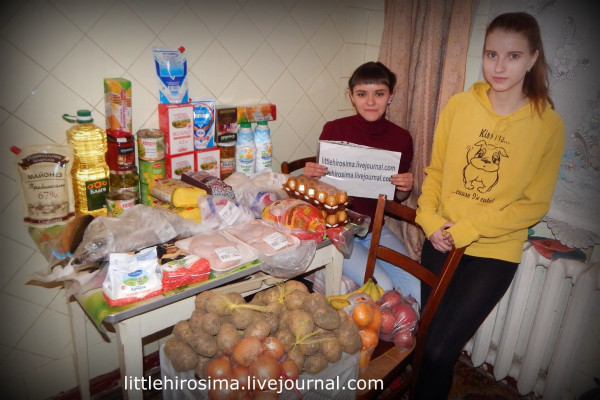 This post contains a report on our aid to the sisters during the last few months. Diapers, medications, food.
Alas, no changes in mother’s health. She sits when they sit her up, but she’s mostly in bed. Cannot do anything herself. Feeding, washing, changing diapers–it’s all on the sisters. Fortunately, they are now drawing benefits for mother’s disability. Not much, but something. 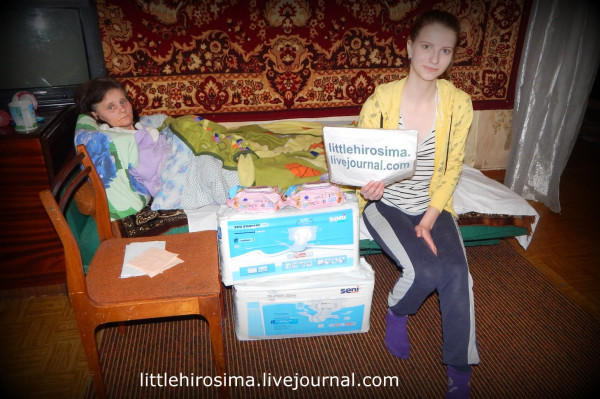 Thank you friends, for participating in our aid effort! They are really struggling now. Taking care of their mom takes up Marina’s entire salary. And then there are utilities, food, etc. We try to make their lives easier whenever we can. Alyona is still a student and cannot work. Zhenya writes: The phrase “if it weren’t for you, we wouldn’t have made it” we hear all the time. And “thank you”, with eyes lowered to the floor, out of shame. But she deserves a monument to be built in her name.” 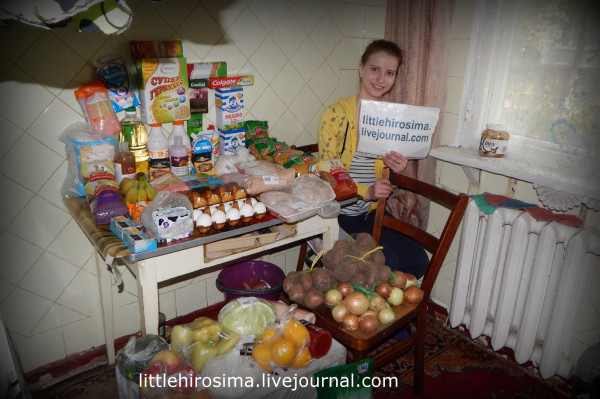 Thank yo, friends. If you want to join in our aid effort for Marina and Alyona, please label your contributions “sisters”. 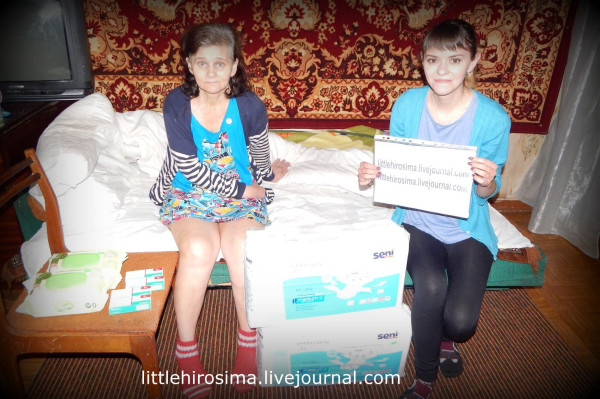 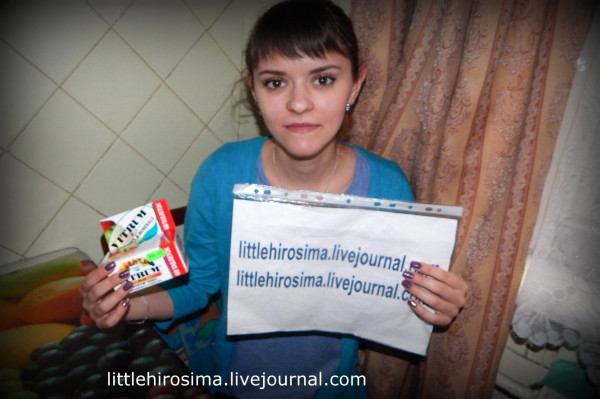 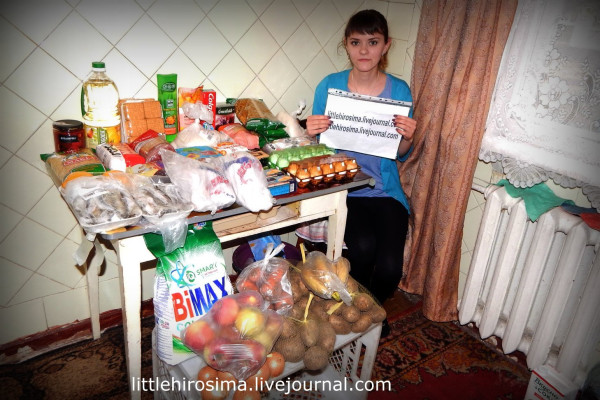 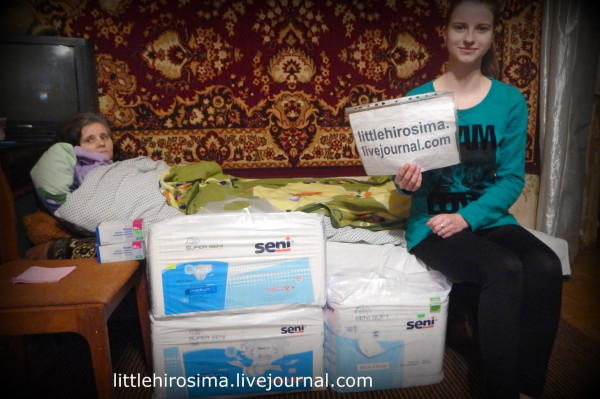 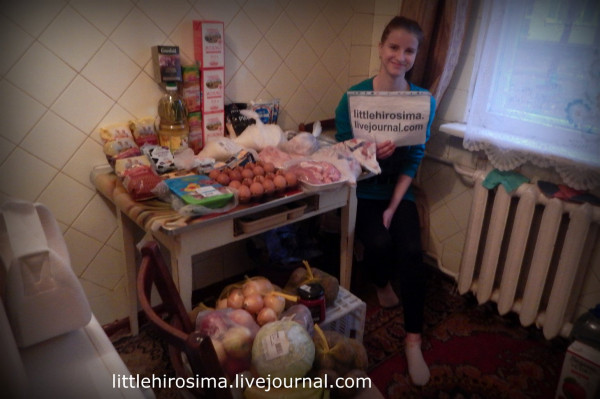