Elena Ivanovna is a quiet and gentle woman who found herself in deep trouble. There’s absolutely no-one to help her. It’s been like that. But now, thank God, she now has you and us.
We became acquainted during the summer. We’ve been trying to improve the situation since.
Elena Ivanovna lives in Lugansk. She broke a leg when the war started and due to a doctor’s error it fused improperly. She can’t walk now. Then she broke her arm so badly that she can’t work. She also can’t use crutches and is not easily transported. At that time she also lost her husband to cancer. It all piled up during the war, when it was difficult to organize normal treatment and recovery.
That’s a brief summary. 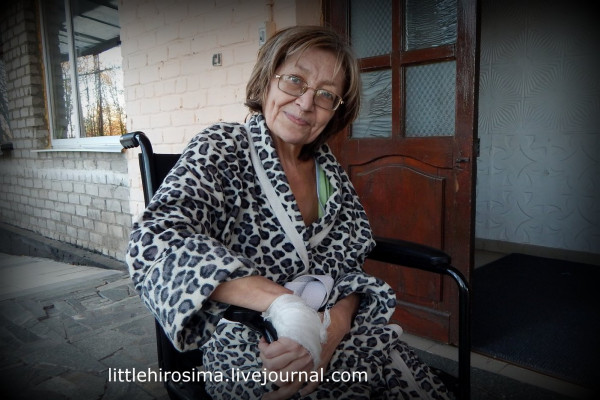 Thanks to our Lena’s titanic efforts, she had a surgery in November.
I wrote about that. During the whole time of her hospitalization, our friends constantly visited her, bringing food, money and, most importantly, syringes, catheters, and medications for recovery. This post contains photos of aid delivered during her hospital stay and after. 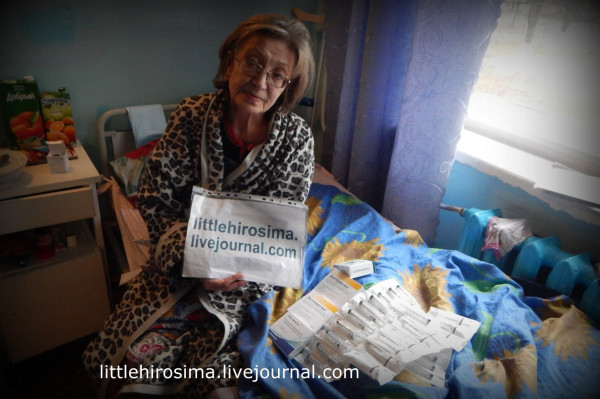 But while she was in the hospital, there was trouble at home. Who would have thought. It turns out Elena Ivanovna has debts for utilities that she did not mention to us at all. Or she did, but it wasn’t clear the situation was critical.
The gas debt kept growing and when she was in the hospital and the son Danila was at school, the utilities people showed up and…turned off the gas. Even though the neighbors told them the woman is in the hospital and the boy is in school. She has gas heating, a gas stove, which means it’s a critical issue.
But that was just the beginning. 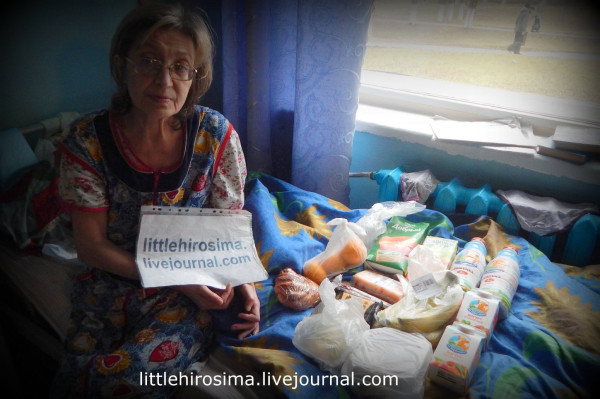 I will not describe every detail of how our friends went about restoring the gas supply. It was a long and painful process. It took at least two weeks to undo what happened in two minutes…
I can only say one thing: Zhenya and Lena deserve a monument. I can’t imagine the circles of bureaucratic hell they had to experience. Elena Ivanovna was not physically able to do all that, alas. Long waiting lines everywhere, in every office. One can’t even ask. The house was for two weeks without heat, and then suddenly there were frosts in November, minus 14 degrees. But thank God the pipes did not suffer. 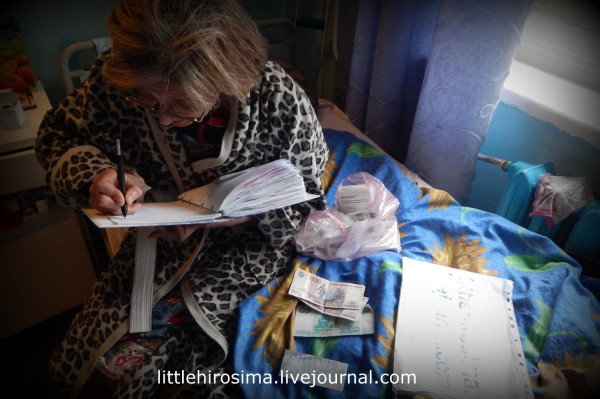 But the most terrible part are the long lines of elderly who spend whole days trying to get something done. But where do they get the money? Their pensions are tiny, how do they pay their debts?
Nearly all of the people we care for complain about the huge utilities bills. These are people who can’t even work. Disabled, single retirees with a thousand of ailments. No words to describe it…
I know that the Republics are surviving, and nobody has paid their utilities debts for several years, particularly when there was fighting. Utilities find it difficult to deliver the full range of services. They are trying to achieve that, and they often meet people halfway. But in some cases some people act very inhumanely. Alas, such people exist all over the world.((( 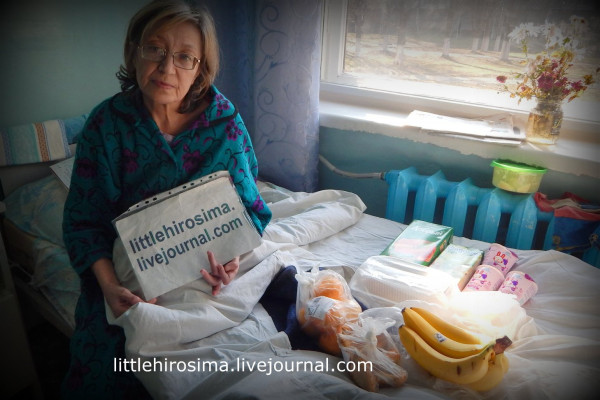 It is nothing but luck that Lena and Zhenya were able to do all that before she was discharged. Otherwise it would have been difficult to see her living in an ice cold apartment in a wheelchair. 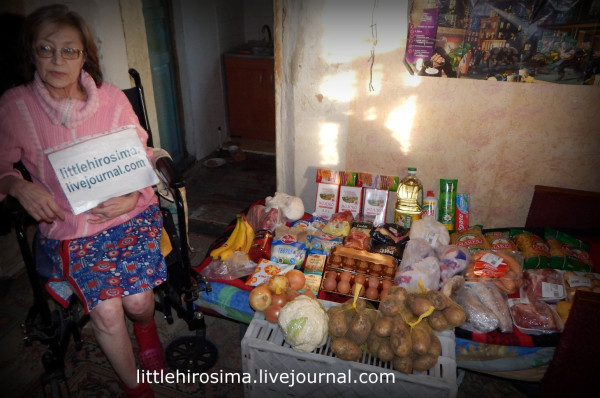 She is still in serious pain. There’s an evaluation scheduled for late January. I hope everything will turn out well. Because one must fight to ensure she can walk again.
The woman dreams of working and doing something, not being useless.
The son is in a difficult age, he’s a teenager. He really needs our support. Everything at home is on his shoulders.
Friends, thank you for your help!
If you want to help this family, please label your contributions “Elena”.

The most recent medical history extracts: 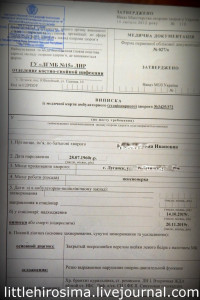 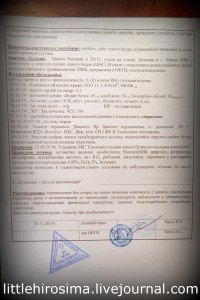 If you wish to help this family, please label your contributions “Elena”.