Look, look–what a merry beauty!
On December 11, our Vika appeared in a concert in Lugansk, dedicated to people with disabilities.
Recordings proved of poor quality therefore you won’t be able to hear Vika, but you’ll have to take us on our word! She was wonderful!
I heard her sing many times, I even posted a video. She has a strong, beautiful voice. She practices constantly at home.
She’s also improbably artistic, charismatic, and kind. 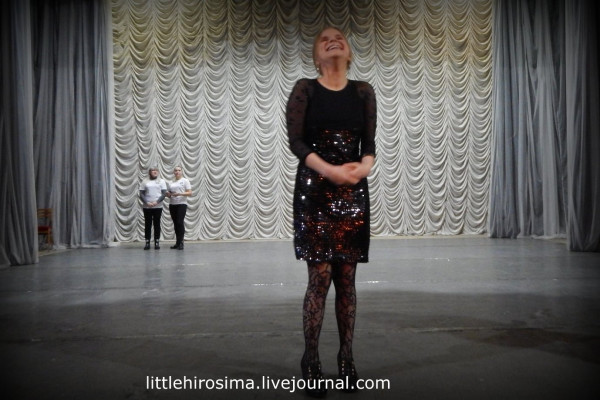 Vika back in 2013 attended classes, traveled, dated a guy, and thirstily drank from the well of life. But then the war began and her world collapsed. Collapsed like many other worlds living on the Donbass.
Vika is a diabetic, it’s a disease which forgives nothing. It’s merciless if you make any mistake. Poor nutrition, poor insulin, stress–nothing. I often get comments that Vika is simply a diabetic, and that her problem consists of improper treatment, war has nothing to do with it.
How can one get proper treatment when Vika’s family suffered from war? The loss of a brother? Lack of money, good insulin, test strips?
When we first saw each other in May of ’15, Sveta (the mom) was also taking care of bedridden mother, she only just buried her younger son, and Vika was prescribed a long list of medications for which she couldn’t spare a single ruble? She didn’t even know where to turn. Vika was in a downward spiral, she even lost her teeth. She did not want to live.
In the spring of ’15 she went blind. We tried to do something about it but, alas, it did not work out. Three Moscow hospitals, including the Helmholtz clinic, said there was nothing to be done. She survived TB and a lung surgery, in spite of all the other diagnoses. Then many other things happened. Last fall, one of her kidneys failed, the other one also has problems.
For many of my readers, the Little Hirosima diary is associated with Vika, the beautiful and strong girl from Lugansk. Our bellflower which we have been saving with the help of the whole world during all these years of that terrible war.
Just look at this incredible beauty! 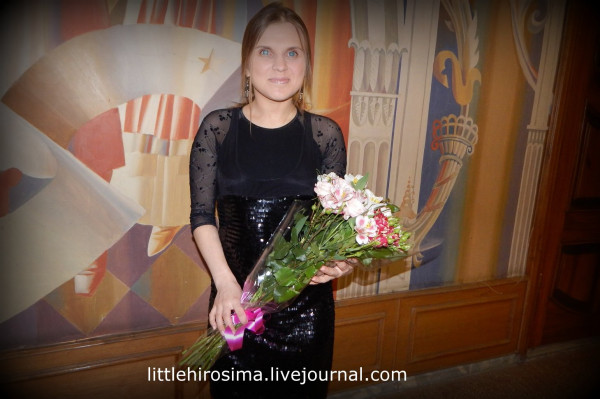 Many people and children with disabilities performed at the event. You’ll see them on the photos.
Life goes on! 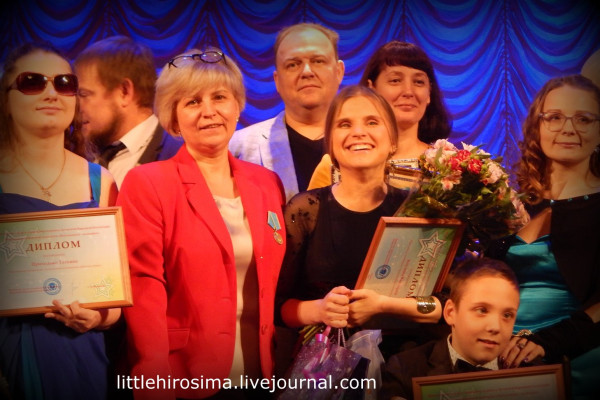 Zhenya writes:
“That which happened there is difficult to describe with words. Love filled the hall. Many cried unabashedly, tears poured one after another down happy faces. Dear Lord, give these wonderful and brave people strength, people who are above their disability, who cannot be described as helpless. Knowing firsthand how hard their lives are and what it took for them to appear on that stage…” 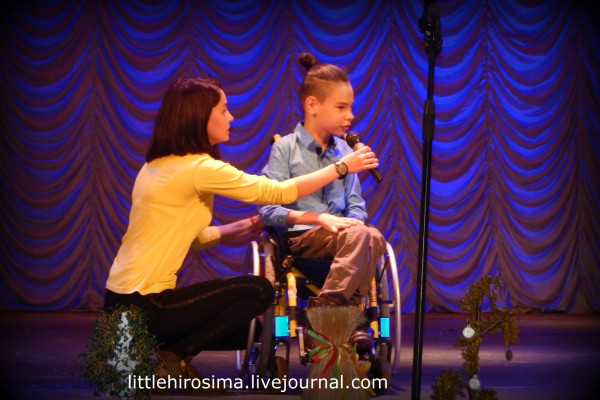 This post also contains a report on most recent Vika aid efforts.
As you recall, Vika lives with her mom. She can’t see. In spite of having a “talking” glucose meter from Sergey from Belgorod and she learned how to take care of herself, her mom can’t go to work full-time. She’s afraid to leave her alone for the whole day. Alas, Vika has had several hypoglycemic comas.
Sveta takes on any work. But that’s not enough money. Vika cooks at home, cleans, and manages very well. She shops, although it’s a problem when it’s slippery. They live in a private sector where roads are not cleared very well.
During the summer, they spend whole days in the garden. But Vika has to constantly run tests, which are not always free. 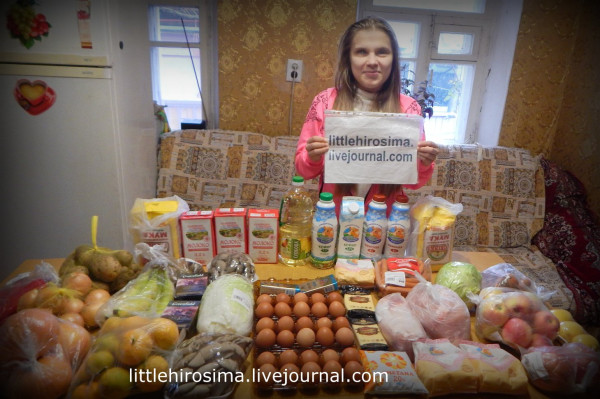 Vika constantly needs medications. Insulin is, thank goodness, available and of good quality, unlike in ’15 and ’16, when we had to buy it. Test strips are regularly delivered by Sergey from Belgorod, whom I mentioned earlier. He also recently got her a “talking” blood pressure gauge, since she also has problems with that.
But Vika also has kidney issues, as I noted earlier. She furthermore needs eye drops, to stabilize pressure within the eye. 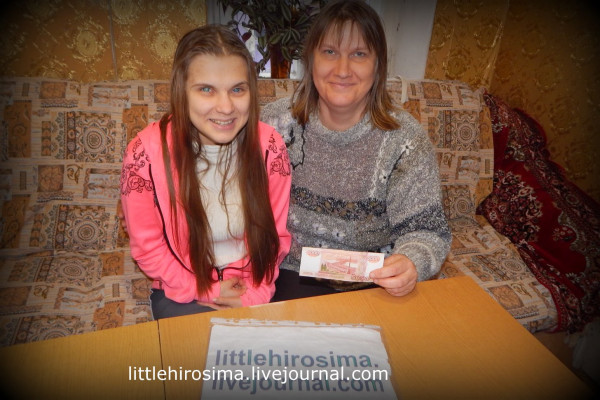 My reader Marina from USA sent a package of clothes, which we delivered. 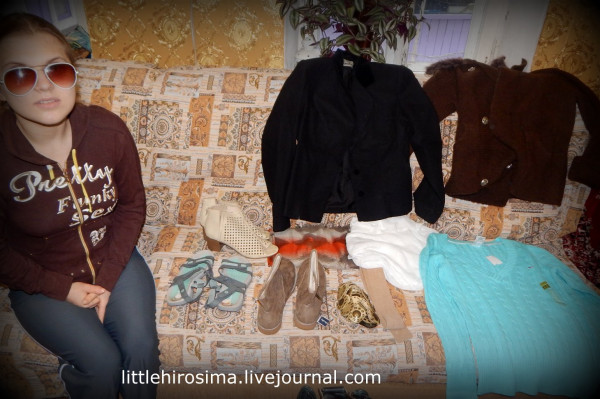 Friends, thank you for Vika!
If you want to help this family, please label your contributions “Vika”. 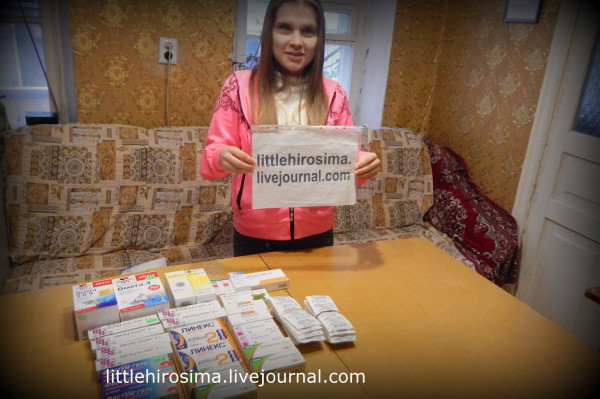 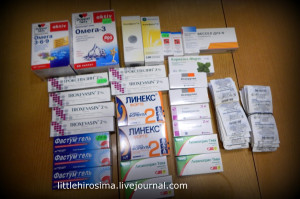