As you know, helping diabetics is a very important part of our Donbass aid effort.
Here, I want to tell you about one individual.
I don’t even remember when Sasha first appeared. He simply wrote and offered help.
He was at the time delivering a large batch of foodstuffs through some foundation, delivered some to us as well. That’s how we obtained A LOT of condensed milk, canned meat, and groats that we distributed among families under our care. That was back in ’15.
Then Sasha somehow read my post about diabetics and test strips. I don’t recall when that was.
You know that diabetics must constantly monitor their blood sugar. For them it’s a given without which they cannot survive. There were gaps in insulin supply in Lugansk in ’14-’15, now it’s available in clinics, moreover all kinds are available. Though even in ’16 not everything was being handed out. So we brought certain types of insulin for our blind Vika. The kind of insulin she was issued made her feel worse. Now, thank God there are no problems with insulin in LPR.
But when it comes to glucose-meters and test strips, they have to be purchased by individuals themselves, like elsewhere in the world. This is where the problem is. On average, two packets of strips are needed a month. That’s about 1500 rubles (optimistically). Moreover, pharmacies often run out and there are delays in deliveries. People always try to stock up, whenever possible.
Local endocrinologists say that diabetes is sharply on the rise. Huge number of new cases. I’m speaking of insulin-dependent. Many children. Due to these “stresses”, if such a word is appropriate when speaking about war. For most locals it’s too much to afford. Average salary in the region is 6-8 thousand rubles.
There are also problems with the paramedic stations. They issue only the minimum, so the medics are forced to take people to labs to rule out diabetes. It would be quicker and easier to do this on the spot. I wrote a post about this some time ago. Then  Sasha instantly wrote “Dunya, how about I deliver short expiration date stuff? It’s cheaper, and they will all be used up?”
They are being used up. You wouldn’t believe how fast.

Then Sasha sent me a huge pack of test strips. Then more. And more. And many times more.
That’s how Sasha began to deliver test strips CONSTANTLY.
Sasha is a tall, good-looking father of many kids. Blonde, by the way. Yes.
I expected to see anyone except a young man who would regularly deliver big boxes of test strips. He also nearly constantly delivers glucose meters. So he’s become our diabetes specialist. He knows where to get, what kinds. And he always helps.
When I felt bad and was torturing you with tear-soaked posts, Sasha sent me funny videos. And I laughed.
Sasha, it’s so awesome there are people like you out there. That you are part of our team. Our people in general are very awesome and I’m proud to know about them, be with them.
Don’t believe those who say we are bad, sad people. That’s what bad, sad people say about us because they envy us)))
Sasha, many thanks to you!!!!
Just recently Zhenya and Lena distributed test strips you delivered during the summer.
Friends, by the way, if you want to help diabetics, and we have many people who need that kind of assistance, please label your contributions “diabetes”.
What is it that I ways tell you?
In hoc signo vinces! 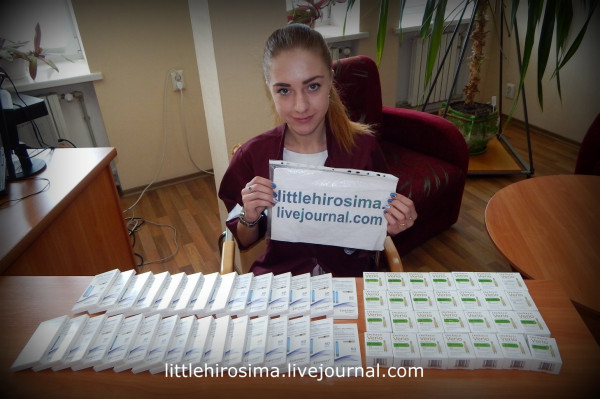 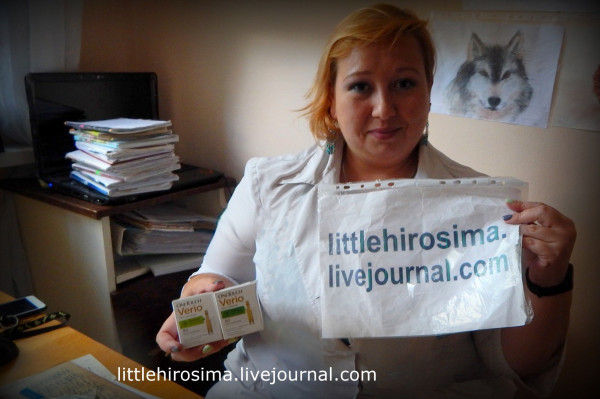 Regional surgery ward in Lugansk. Their laboratory works by the day, and often has emergency needs.
We help as best we can. 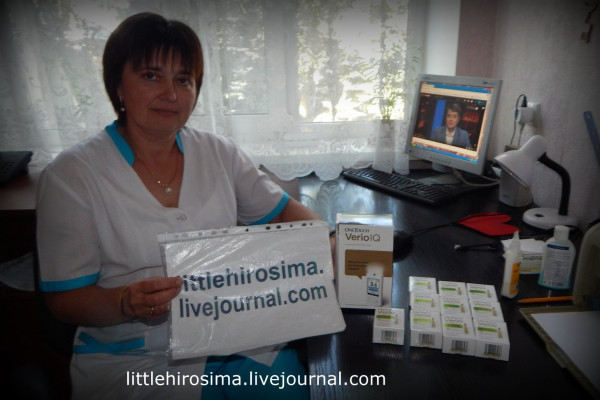 Friends, if you’ve decided to help diabetics, and there are many of them, please label your contributions “diabetes”.