Friends, thank you for Vika.
We’ve been saving her together for four years.
Vika and her mom are like in a game of Tetris, where blocks are falling from above and one must run, turn, get away from the falling constructs.
And, unfortunately, they only get faster.
One would think that our lovely girl’s cheeks have become rounder, a smile never leaves her face…But problems keep appearing.
That’s the price of a mistake for a diabetic.
Therefore there is no right to make mistakes.
This illness’ retribution is swift and severe. 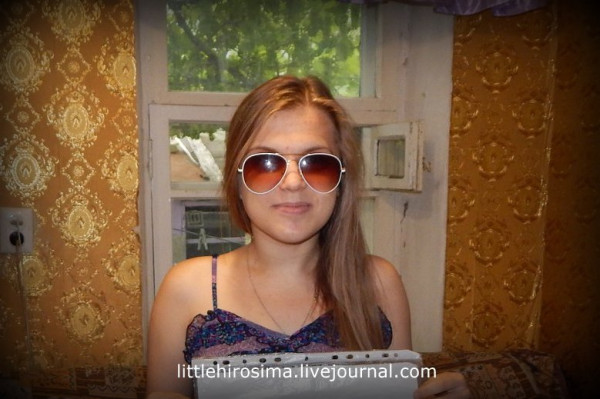 In my last post, I wrote that one of Vika’s kidneys failed. The second one has problems. She was prescribed a multitude of medications which we are buying and sending her. Not all of them can be purchased in Lugansk.
Her condition…It varies. Vika is struggling. Mama writes me often, shares the results of analyses.
Constant visits to doctors. Analyses, whole appointment lists.
And that’s in addition to the fact that Vika must constantly have insulin shots, take sugar measurements, take eye drops, drink a lot of supporting medications.
I don’t know how they would have lived on if it weren’t for us buying all these medications. During the last visit 12,000 rubles-worth of medications were purchased.
Dear Lord, yet in Lugansk the average salary is 5-6 thousand. If one can find work.
Thank you for your caring!
This is another post concerning aid to Vika. Thanks to everyone who contributes money.
Separate thanks to our Sasha who helps with the procurement and sending medications from Moscow to Lugansk. It’s not a simple task, believe me. 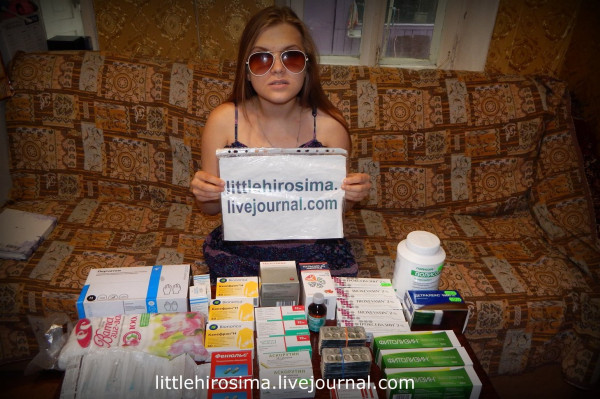 For those who are here for the first time:
To read more about Vika, click on the “Vika” tag at the bottom of the article. Vika is a girl from Lugansk. We met in May ’15. She’s had diabetes for 5 years.
We met her a couple of weeks after her brother died. The girl was fading. Her eyesight failed even as we watched. She could still see everything, though with spots, when we first met in person.
Zhenya and Lena saw her a week before my visit, she could still watch TV. When I arrived, everything was in spots. Two front teeth fell out. She lay in bed and didn’t want anything. That was terrifying. It’s terrifying when a young and beautiful girl doesn’t want to live. One wanted to shake her, to encourage her. The mother had no strength left. She only just buried her son with whom she sat in bomb shelter cellars during the summer of ’14 when the city was being shelled.
Vika stopped eating. Diabetics must not stop eating.
We placed her in a hospital, helped implant teeth, took care of her on all the fronts.
It turned out the insulin she took was the wrong kind for her. But no other was given out in Lugansk back then. We collected money for the right kind. Enough for 6 months and delivered it.
Now nearly all the insulin types are being issued in LPR. But then…In ’15, pharmacies were empty. There was nothing. Most of the medications we brought from Russia. It was some nightmare that defies belief. The city just got over the bombings, and was hit by this wave of shortages and illnesses among the inhabitants.
We tried to restore Vika’s eyesight. Got her in a hospital. Half a year after we met we were able to take her to Moscow, where they tried to save her eyes. It turned out then she had TB. She spent six months in the hospital. In the end she had a surgery and returned to Lugansk. After that, we collected money for TB treatment. It was a lot of money. Her medications, which in Moscow were free, cost 50 thousand a month. But in Lugansk they were not for sale, not to mention free issue…So we did that. We pulled her through. Cured her.
Her sight did not return. She was in all the clinics in Moscow, and they turned her down everywhere. They said it was impossible.
You can read about all that in the posts if you follow the “Vika” tag. 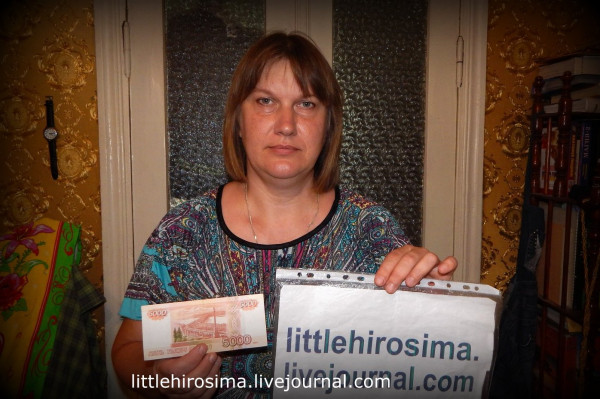 Now Vika has kidney problems.
But she doesn’t give up.
We bought her a computer for the blind and she writes us letters herself.
Her friends take photos and take her for walks. She cooks and tries not to get depressed. She’s trying to live full-tilt, to the extent it’s possible.
But the Tetris keeps falling and falling.
But, thank heaven, she has us. Which makes the falling cubes smaller even though, unfortunately, they don’t vanish.
Thank you once again for Vika!

I know she’s become family not only to me but also to many of you.
Friends, if you want to help the girl, please label your contributions “Vika”. 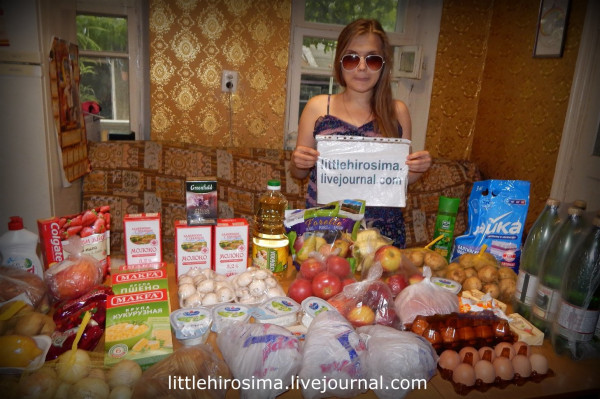