Vika had an emergency hospitalization.
Her ovary ruptured.
I have many questions toward the doctors, since Vika was just recently on a scheduled stay and was evaluated by specialists, including gynecologists, who have her “all clear.”
Now all’s well again, and only because Sveta, Vika’s mom, called emergency services.
Thank God.
Given Vika’s range of ailments, combined with the blindness, it’s not good news. 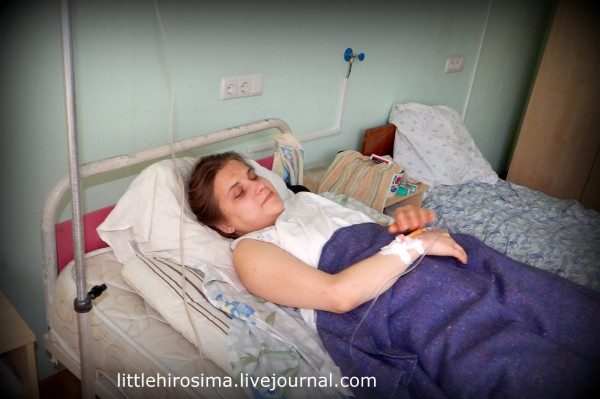 For those who are visiting this blog for the first time, you can read more about Vika by clicking on the “Vika” tag at the bottom of this post.
We have been taking care of Vika since the spring of ’15, when we met her in Lugansk after her brother had died. She’s had diabetes since childhood. She then underwent serious changes in health leading to blindness that we were not able to treat.
Vika lost her will to live and stopped eating, which is fatal for diabetics. In the process we managed, with the help of Irina Bednova, to bring her to Moscow where it turned out she has TB which was then treated for six months. When the treatment failed, she had a surgery done.
We continued to help her after she returned to Lugansk, by buying medications necessary for post-TB therapy. It was a lot of money and it was a miracle we managed to do it successfully. You and us managed to save the life of this girl.
Friends, I never get tired of thanking you for our girl.
We continue to look after her.
She can’t see at all, but got used to it already. Sometimes she writes me using the computer we bought her. She tried to learn Braille and even dresses and cooks by herself.
Sveta tries to work, but there’s none to be had in LPR. And it’s scary to leave Vika alone for long periods of time.
Though Vika’s condition has stabilized, she’s had several hypoglycemic comas…
And then she’s had to go to hospital with female trouble.
Thank God it all ended well. 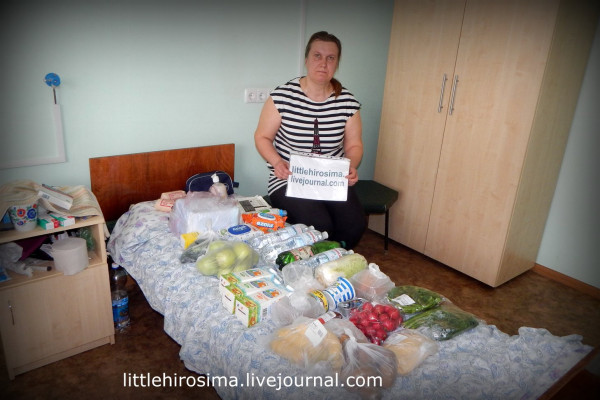 Friends, thank you for remembering Vika and continuing to help her family.
We bought more medications for Vika.
She was discharged and is returning to normal.
She’s smiling again and sends greetings to all of you) 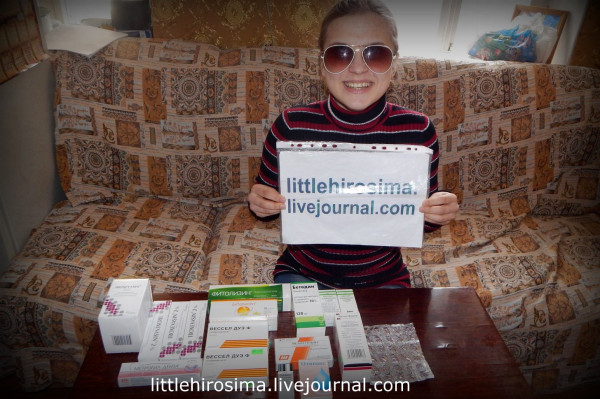