Remember Valera from Lugansk? The boy who, together with his brother, was abandoned by the mother who then disappeared?
The younger boy was taken to an orphanage, the older one has tried to survive on his own. We’ve been helping him since early fall. Food, clothes, money.
Remember?
Well, we have news.
Lena and Zhenya recently got ready to visit him, but his phone would just ring and ring. When they came, the apartment was locked. So they got in touch with his case workers.
Here’s where things stand.
The mother turned up, took the younger son from the orphanage, picked up Valera, and literally in one week they all left. 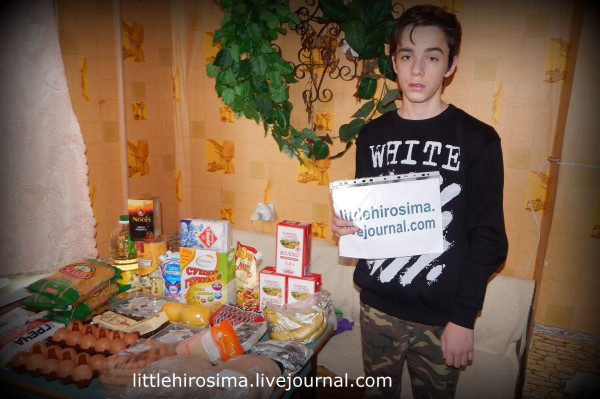 That’s where things stand.
I don’t want to comment, although it would be somewhat insulting if the boy did not call to say something.
We were all really worried for him. To say that he was in a difficult spot would be an understatement. He was lost and in a survival mode. He didn’t even have shoes or jacket. I’m glad his mom turned up and remembered her sons.
I hope all will end well.
On the photos is the aid which our friends brought him in February.
Thanks to all who contributed money and food.
Oh, and one more thing.
Valera received contributions from quite a few people and, with your permission, the remaining money will be spent on other people we look after.
Thanks again!
And yes–let’s hope for the best! 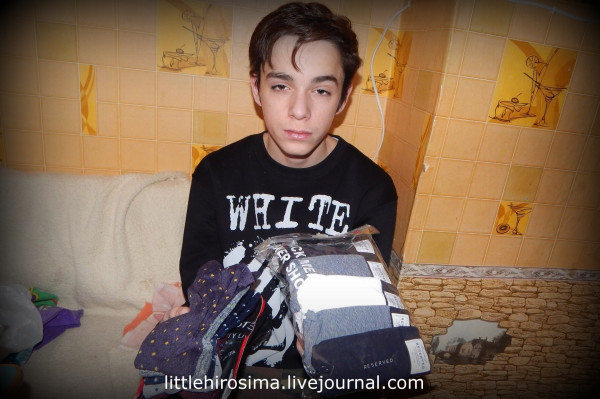