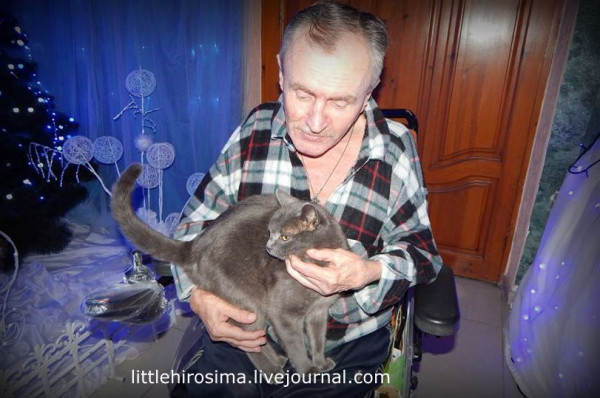 But Seryozha doesn’t have a home. It was bombed out back in the summer of ’14. Then, suffering from polyarthritis, he fell and broke a leg. Nearly died.
He can’t take care of himself anymore, and there’s nobody to help him…So we set him up at the best retirement home in Lugansk PR. It’s a nice place.
But… 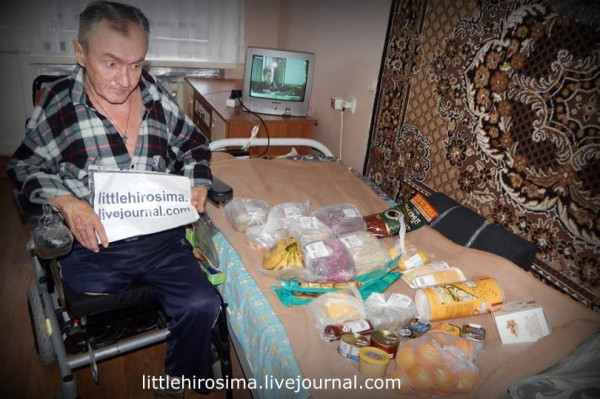 Our friends visited him several times and brought food.
He, in turn, writes touching letters to me using Viber.
“Will I ever see you again, friends?”
Seryozha, of course!
I will come to see you!
To read more about Seryozha, please click on the “Kutsenko” tag at the bottom of this post. 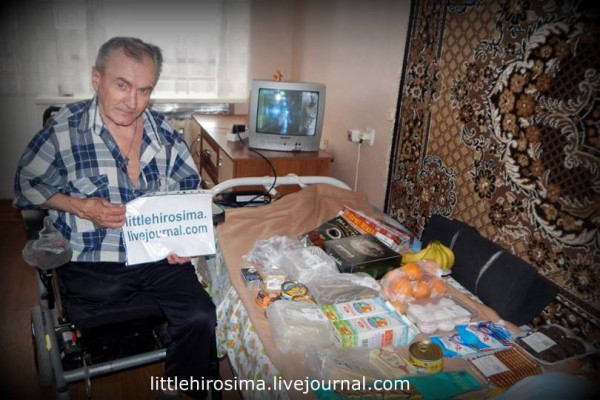 I recently wrote that Vika had a planned hospitalization. Nothing bad, but she needs to do it every year. She has diabetes, had TB, and lost a part of her lung. Now her lungs are clean, knock on wood.
Our friends brought her some food and medications at the hospital. 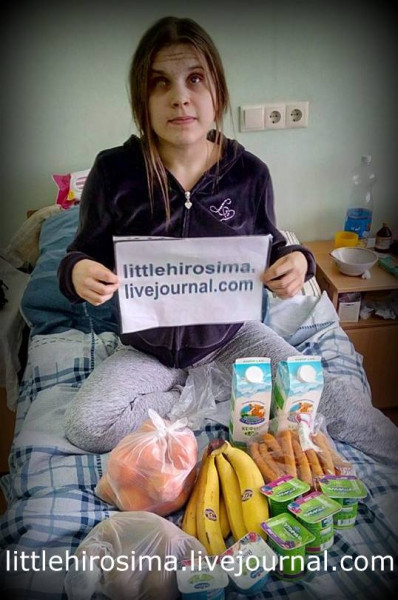 Zhenya visited her and writes:
“She had high pressure for three days, they couldn’t knock it down. She got a papaverin shot, it caused her to tremble, then it was drained. After an examination the doctor told Vika one of her kidneys gave out. She was hysterical, half the hospital had to calm her down.”
That’s her situation. I don’t know what the doctor was thinking. But I also know Vika is a strong girl.
We are sending our greetings and thanks for your help.
Such are the news from Lugansk.
Friends, thank you all for helping Vika and Seryozha!
We wouldn’t have been able to without you. 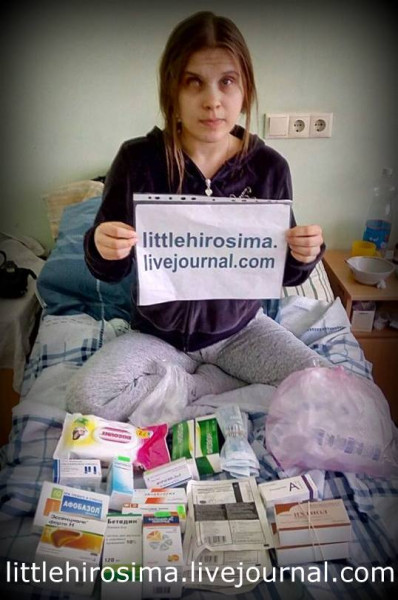