I have been writing about Seryozha less and less frequently, even though he’d become one of the main heroes of our blog.
Everyone’s been laughing at me because of the mustache, for Seryozha shaved it off six months after we became acquainted. He went and shaved it off. Lena comes to see him, looks, points with a finger: “Mustache, Seryozha, where’s the mustache?”
Seryozha touches that part of his face where the mustache ought to be and looks puzzled. Lena wags her finger: “Mustache, Seryozha, it’s very important!”
Everyone had a laugh.
Seryozha grew back his mustache. I never saw him without one. Then I came to see him in the retirement home in Lugansk, shortly after his leg was amputated. He looks at me, smiles, and says: “Here I am, with a mustache!” His eyes were gleaming with mischief.
We’ve been taking care of Seryozha since the spring of 2015, when we met him in Khryashchevatoye. He was homeless, lived in a barrack without water or electricity, had progressive polyarthritis. A few weeks later he had a bad fall. It was a miracle he survived it, but a leg had to be amputated.
Much happened since then, and he’s become one of “ours”.  To read more about him, click on the “Kutsenko” tag at the bottom of this post.
How’s he doing?
Well, our happy-go-lucky-guy is beginning to give in.. 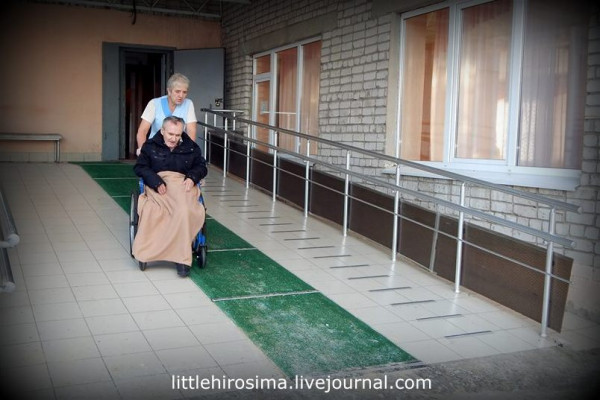 He’s had health problems. How about I just post what Zhenya wrote?
“Seryoga, raconteur and all-round merry guy, called us in the evening and in an embarrassed voice asked us for a specific medication. I should add here that Seryozha had NEVER asked for ANYTHING. At all. I started asking him questions, he didn’t want to answer, but it was clear that something’s gotten to him. He told me. I won’t get into the details, but when men encounter such problems and they are not treated in time, next stop is cancer.
We got in touch with the retirement home office. They are world-class. But here’s the problem. In order to get him evaluated, he needs to be sent to several clinics and specialists to undergo x-rays, analyses, much else besides. The retirement home only has a pick-up truck and a car. It’s impossible to fit him into the car because his arms and bends don’t bend in the joints and they are as thin and fragile as twigs. There is no way to drive him there. Nobody will assign an ambulance for a whole day. We set up a day to take Seryozha over in our van. The office assigned us a masseur and a nurse. The masseur is friends with our Seryozha and had fun operating his wheel chair the whole day. So we drove him to a urologist, rheumatologist, x-ray, blood analysis, and much else besides. It took the whole day.
Today Seryozha got his results. Hurrah! Nothing terrible. He’s been assigned treatment and most of the drugs will be free, courtesy of the retirement home.
And…We scheduled a second exam with a rheumatologist and will hospitalize him for a month for treatment. The rheumatologist said nothing can be restored, but there’s a chance to stop the process.” 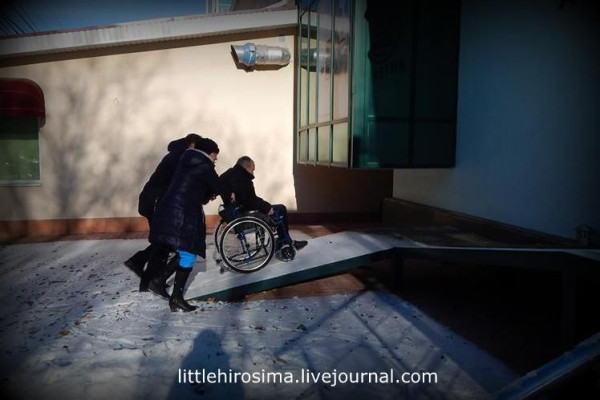 That’s how Seryozha is doing.
Zhenya sent me some photos from that day. I see he always attracts dogs to himself.
He loves them so.
You should see how he and Zhenya’s Zhorike were hard to separate when we took him for shish-kebab last summer. 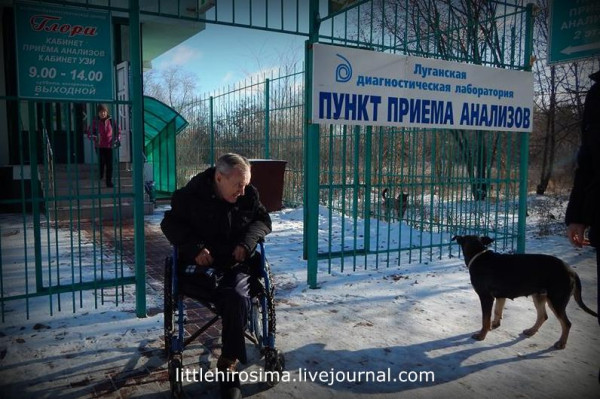 And, of course, I want to thank everyone who hasn’t forgotten about Seryozha. I won’t even mention Zhenya and Lena, if it weren’t for them, there’d be no-one else to do it…
They try to visit him as often as they can. 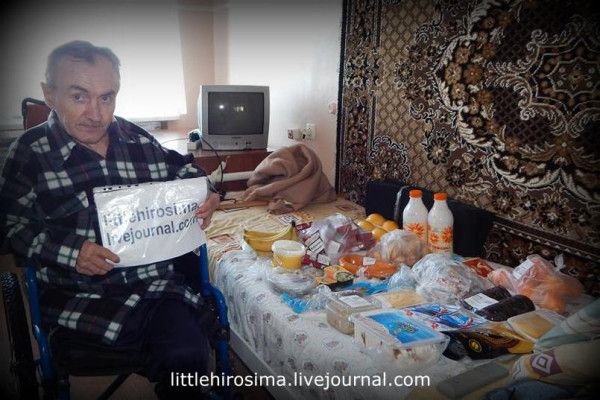 Coffee, sweets. He loves it so much.
The food at the home is great but, you know, it’s purees and dietary meats. Everything as doctor ordered. 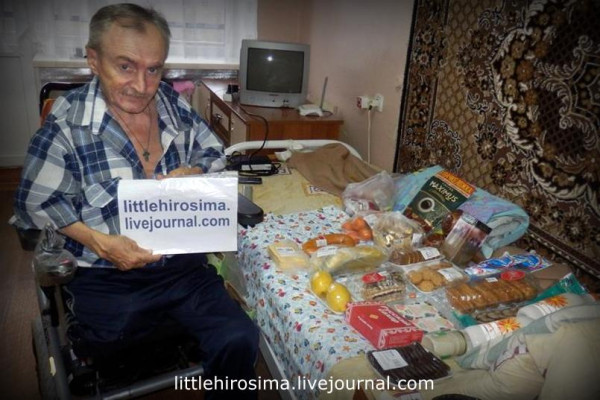 Zhenya and Lena also brought him a copy of my book where he has a whole chapter. I won’t even say what happened then))))
They say that afterwards he was not driving but flying down the corridors)))) 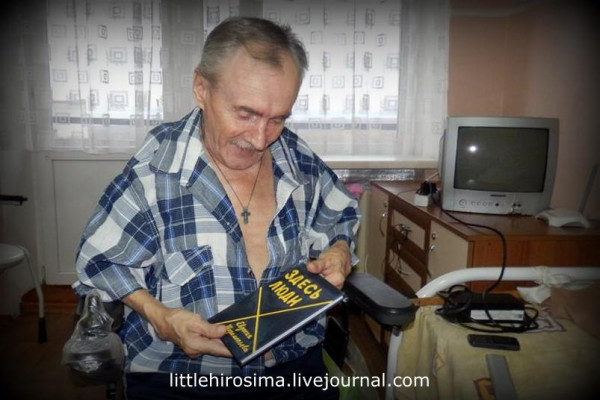 That’s how things are.
Friends, thank you for your concern!) 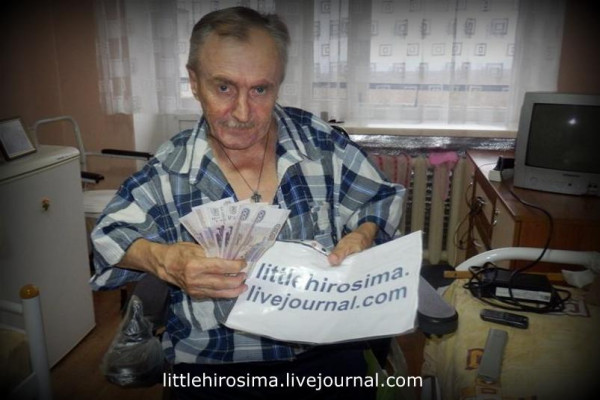