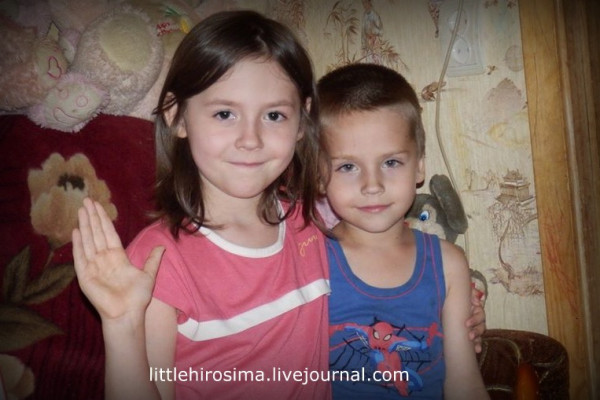 The family’s income, with all the pensions and benefits, is 5,000 rubles.
They manage to pay for the utilities, have no debts. Most of those whom we help can’t cope with the payments. Many have run up serious debt. And yes, every once in a while their power is cut off…
Oksana keeps track of the budget. But it’s hard with two kids, alone, without help…
Zhenya: “The kids are sociable and kind. They are always close to the mom, who doesn’t smile…She strokes their heads with a stone face…They were jumping around with a drum to make her smile..”
Oksana has a disability status, due to her nervous system.
That’s how things are. 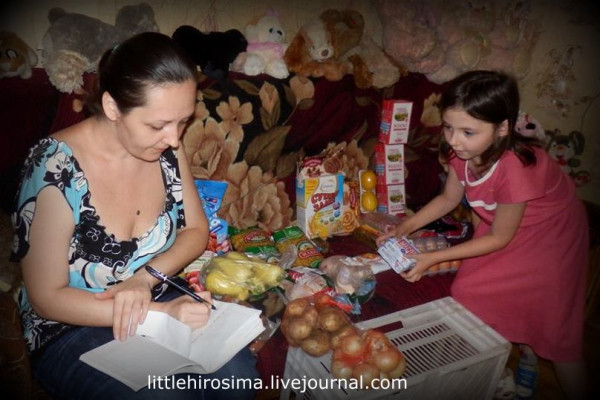 Our humanitarian aid. Thanks to all for their participation! 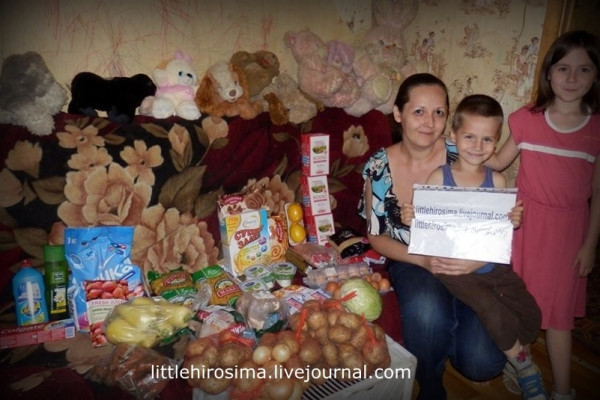