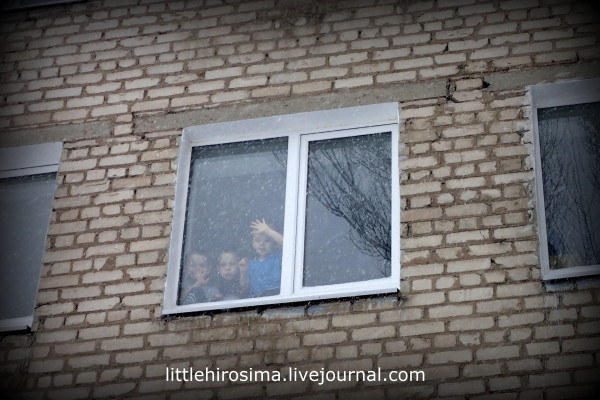 But these boys live in Lugansk where things are still quiet, and their father also watches football. The boys likely watch it too. They are cheering on our team.
That’s the backdrop. On every side. For them it’s football, and for us it’s the war “over there somewhere”.
That’s what life is right now, and it’s even awkward for me to mention it.
When I was a student, I couldn’t imagine that life in my country would become like this.
Cynical and pragmatic, terrifying.
I’m not writing this to trigger guilty conscience or to mourn the ongoing fighting.
It’s just that all of that went through me when I was looking at these boys who saw their neighbors die in their own gardens from the incoming shells.
It’s a good photograph–I like it.