To some, living in Lugansk seems like something taken from the pages of fiction, literally a life under machine-gun fire or in Chernobyl after the accident. But in reality, to many people it’s long-sought salvation.
Thus Lugansk has become a new home to those who were exchanged for Ukrainian POWs.
You’ve learned of some of them from my reports, those are the people we are helping with setting up their new lives.
They are difficult, these lives, since these people left everything they had over there, on the other side. There is no way back.To where their parents and relatives live. Where their homes and lives used to be.
Starting over from nothing, with children, ailments.
You know the boy on the photo, under the blankets, it’s the son of Vitaliy and Natasha. You may read more about them by clicking on the “Vitaliy” tag at the bottom of the post.
When the SBU came to arrest his mother, the two of them were kept in a cellar half a day, face down on the floor. She helped organize the referendum in Rubezhnoye. This is something Ukraine’s government can’t forgive. At that time, their intel didn’t know her husband was one of the first who stormed the SBU building in Lugansk. That’s why she and her son were released on good recognizance. But Natasha knew they’d return, so she and her son fled. They spent a long time hiding, unable to even go out to shop, until they made it to LPR. Vitaliy was taken later, and he spent several years in captivity. After the exchange, they live together in a dorm.
We’ve been helping them for half a year. They had passports made, Vitaliy had his teeth, which were knocked out in captivity, fixed thanks to our reader from Australia. And you know how much work Zhenya and Lena have done. They believe in themselves, even though they were crushed by what had happened to them.
Vitaliy wrote a report and went off to the front lines. “I can’t “fight” from safety, while others are dying, this is it, I need to be there.” 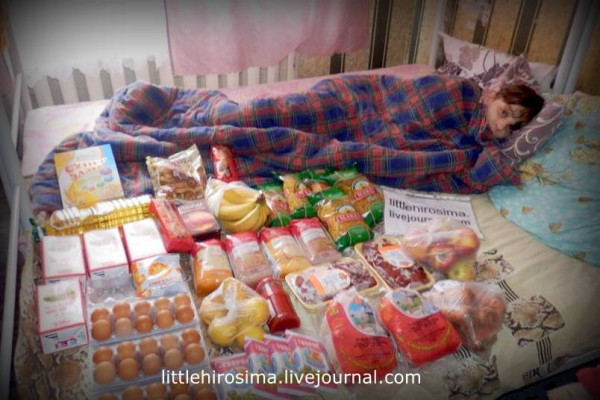 The whole family had the flu so we brought them medications and food. Vitaliy still hasn’t gotten his first paycheck, so they’ve been surviving off odd work. 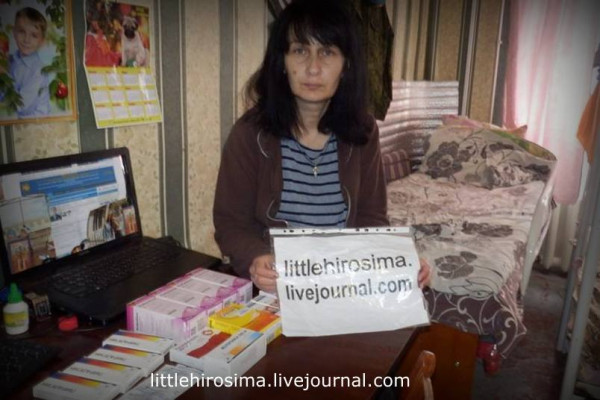 And this is the family of Ira and Petya, I wrote about them recently. Petya is from near Pevomaysk, except their village is now on the other side, in Ukraine. Click on the “Ira and Petya” tag at the bottom of the post.
Starting over, with ailments, with nothing, far from home, relatives. They have three sons, very nice and amazing kids.
Petya still has no documents, does only odd jobs.
We brought them aid and medications. 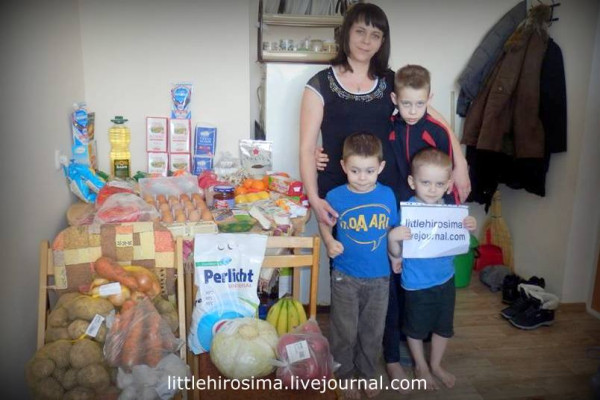 Both families are kept together by big love. And honesty.
Petya was a miner. He saw how aircraft dropped bombs on homes, saw neighbors die in gardens. His kids saw it too.
Vitaliy evacuated women and children from under fire when he was captured in Severodonetsk.
They are genuine. I don’t know how to describe it, I saw all kinds of militiamen, who served for different reasons.

Petya and Vitaliy joined to defend the home which they love. My respect knows no bounds. 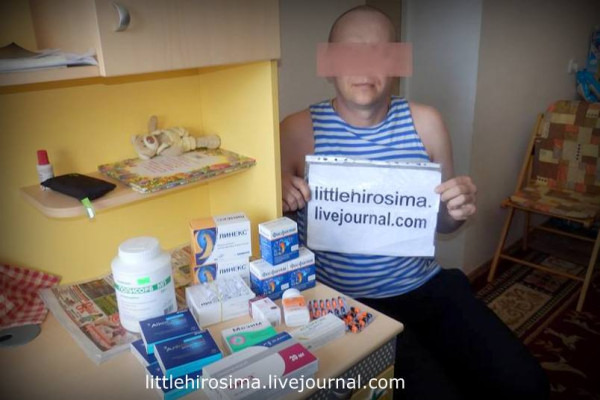 Thanks to everyone who particpates in the effort. I want to emphasize we help these families only using specifically designated donations. We have separate collections for “Vitaliy and “Ira and Petya”, we also help others who left captivity. If you want to help them too, please label these contributions “captivity.” Once again, thanks for not being indifferent to the fate of these people!
If you want to join the aid effort for the people of the Donbass, please write me in person through LiveJournal, facebook,  V Kontakte, or email: littlehirosima@gmail.com. Paypal address: littlehirosima@gmail.com.