It’s difficult to write a post based on someone else’s words. It’s important for me to look the person in the eye. But one sometimes has to write on the basis of what Zhenya or Lena wrote about people whom I haven’t seen. Therefore sometimes these posts turn out to be lean. But now I’m reading what Zhenya wrote about Petya and Ira, about whom I write in early February. And I don’t know what to write now. There are only Zhenya’s words, which I’ll cite. He’s never said that about anybody:
“Their love fro one another is unbelievably strong. It shines bright and strong. They know how fragile everything is, and how happy and fortunate they are to be together. They have deserved this happiness. More than anyone else. I don’t even know how to express this. It’s the small things, one can see it in the details, how they worry about one another, they are almost blowing dust motes off one another. And not for show, either. They still can’t believe their luck to be with one another. If anyone wants to confirm such love exists, they just have to cast a glance at this family. They are LIKE THAT… They are a source of light. It can’t be expressed in words. People who went through real hell and did not lose the ability to stay happy, and they are happy earnestly and at the smallest things. One gets a sense they are making up for lost life…”
Petya and Ira. 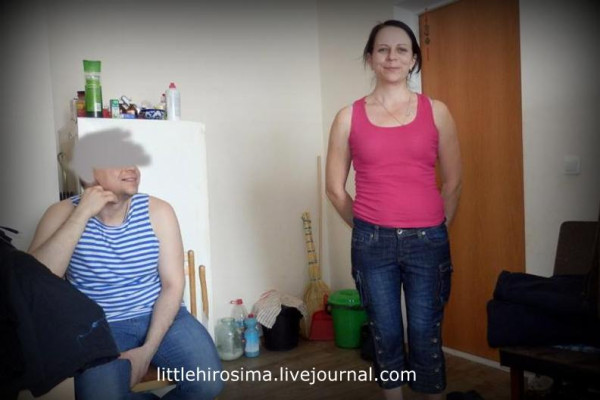 Petya was in captivity for almost two years. He joined the militia when his city Pervomaysk was bombed. He joined when he saw aircraft drop bombs on villages where ordinary women and elderly were living. Nobody at the time could believe such a thing was possible. Hardly anyone could believe it would last for so long.
His wife Ira and three kids all this time waited for him “over there”. On the other side, in Ukraine. Only 800 meters from Pervomaysk, LPR. Their village remained on that side…Ira and the three kids, when she learned about the exchange of prisoners, took documents and went to Lugansk. “Went” is a word  which conceals, for those who have never done it, everything it takes to get from Ukraine into LPR. On foot, during winter, with three kids, through checkpoints…They didn’t want to let her through, but…Everything turned out fine. 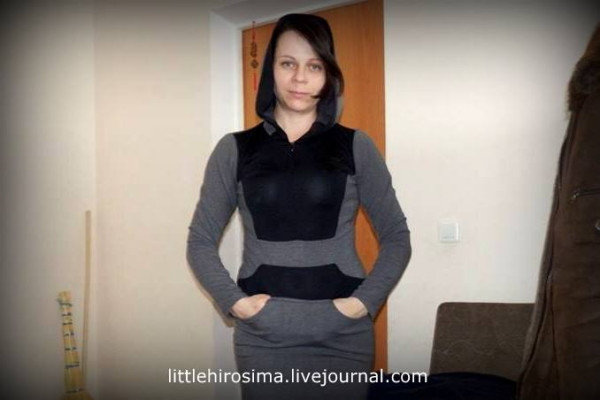 In Lugansk, they got a room in a dorm for three years…I wrote about them in February and many people responded. Thank you! We have brought them food and clothing thanks to this money (some of our aid is on the photos). The Lugansk Aid Center helped obtain the furniture they needed, because the room was empty. The family was starting over from nothing. 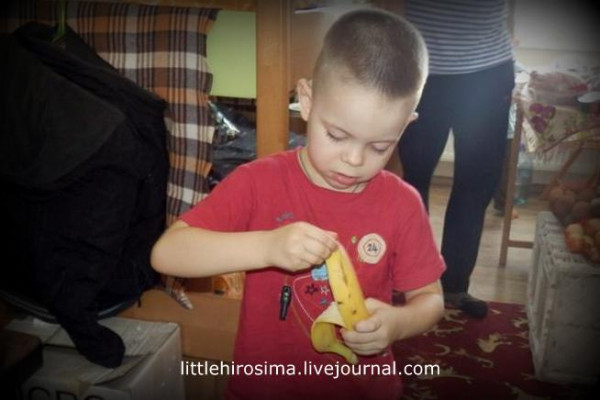 The older son now attends school. He doesn’t attend–he’s ecstatic to be there! He’s excited to go there every day, he cries if he gets Cs, and the boy needs nothing as much as learning.
The family is filing for the necessary documents, but they can’t obtain any benefits until they’ve been issued. It’s also impossible to get work. They need time, and in the meantime they have to feed the kids, buy pens and notebooks, clothing… 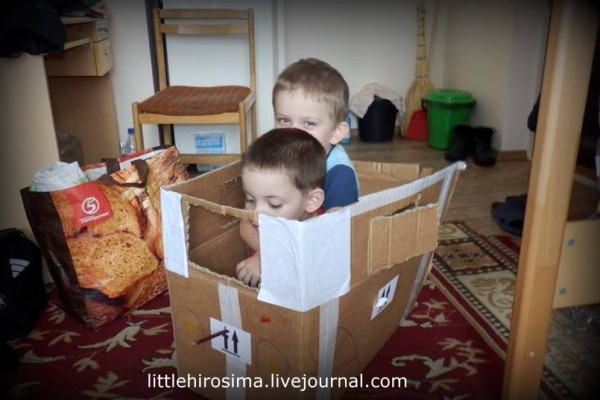 What’s most important to them is helping Petya undergo all the medical tests. After captivity, he was a wreck. I won’t describe what captivity was, that it wasn’t a spa.
We found good doctors, sent him for analyses, and now he’s being treated. Petya has hepatitis C. It’s vital to start treatment as soon as possible, otherwise he might have irreversible liver problems.
We were able to buy some of the medications. But others cannot be obtained in Lugansk, or even in Russia. They have to be ordered from India. A three-month treatment comes out to more or less 40 thousand rubles. It’s a lot, and we currently don’t have enough money for them. Time is passing, and with it, his chances for a full recovery.
Therefore I am really asking you to help with buying these medications. I will naturally post all the receipts.
This is important. More important that clothes, forks, or pens. 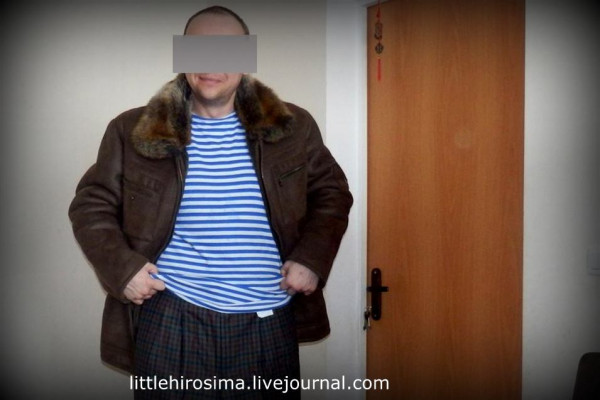 I don’t know what else to write other than what Zhenya wrote:
“What I will write now is what I’m certain of, what I feel with my heart. Pardon me for the pathos. THIS COUPLE HAS DESERVED IT, with their lives, their suffering, and their purity and the power of mutual feelings, their attitude toward life, like nobody else. I have seen a lot. You know, Dunya, how many people we’ve seen…
And I’m thinking of one phrase, the one the paratroopers use. NOBODY BUT US. Nowhere else can they expect help from.” 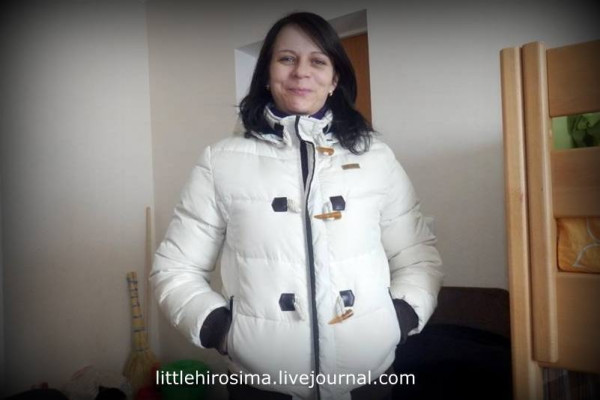 That’s how it has turned out, the family has nobody to expect help from but us.
Others don’t turn to us, you know that.
Please excuse Zhenya and I for the pathos.
I don’t like it, but somehow one can’t do without it sometimes… 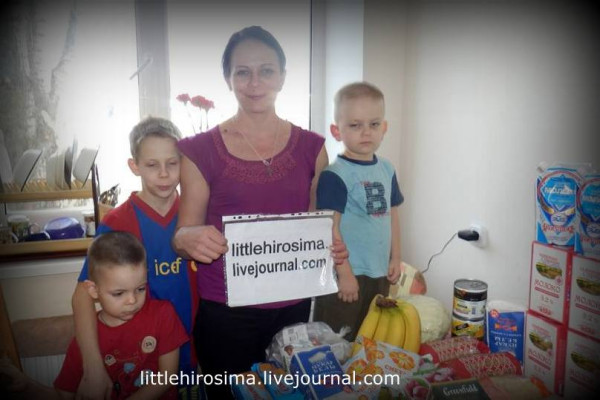 Please label all contributions “Ira and Petya”.
And many thanks to everyone who cares, who helps us bring aid to the people of the Donbass. 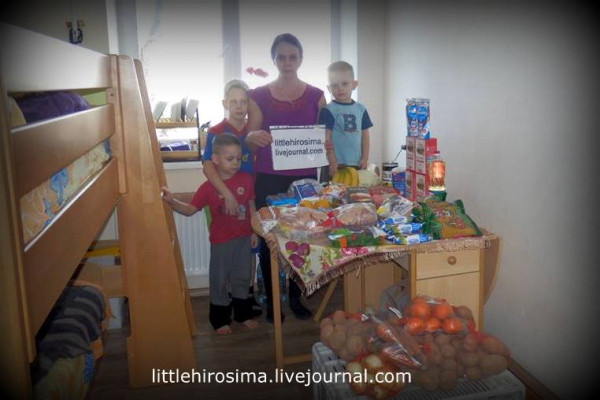 Friends, thank you for your likes, comments, and reposts. 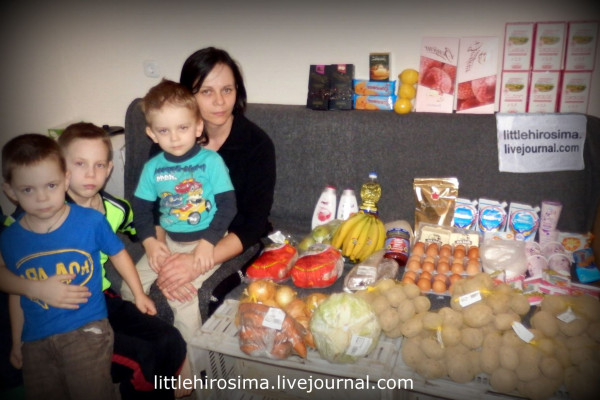