As you know, Zhenya’s Fiat Ducato suffered an engine breakdown before New Year. There was hope it could be fixed, but it turns out it’s less expensive to buy an engine–obviously a used one. A new one is out of the question.
All this time we’ve been keeping an eye on engines in Russia, Ukraine, and Belarus. We’ve encountered a mass of problems. Naturally, it wasn’t me who was keeping an eye, but my friends who know what’s what.
Thanks to everyone who wrote and offered solutions. We looked at every option. Zhenya hung out on forums for days. Trust me, he understands these matters.
But all the options are limited by the fact it’s impossible to bring an engine to LPR is out of the question. 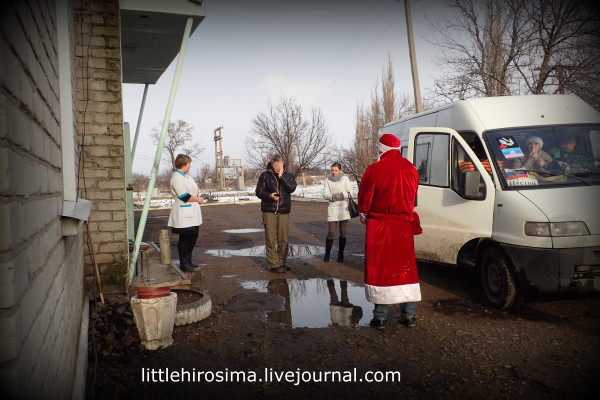 There was a serious attempt to bring an ideal engine from Ukraine, but it failed. It’s a chancy proposition, a lot of money is at stake, and people who offered to deliver the engine refused at the last moment. Big money, but risks greater still, and there was a chance the engine would not get through and money would be lost.
In some respects it’s simpler to bring one in from Russia, but there are other issues that I won’t describe here.
Having to deal with the customs is a problem. The Fiat is old, and buying an old engine is risky in that it might turn out to be no better than the old one. In Russia, you can’t order engines for this model, only a used one from beat-up vehicle. Which means they’re liable to fall apart at any moment. One would not be able to return it to Russia and get the money back either.
To be honest, there were no realistic options. If it weren’t for the war there’d be no problem, but you realize it’s not like that. In the last month and a half there wasn’t a single realistic option (well, there was one, but it fell through). All others were very risky and very expensive–more than it should be. The van itself was massacred over the last three years, hardly any part of it is still intact.
So we’ve reached the final conclusion. So far there is no other one. 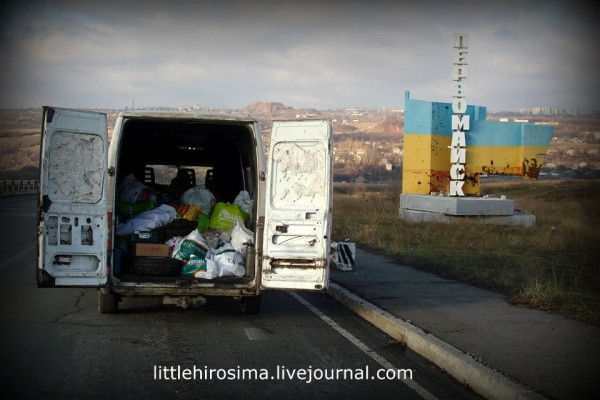 Zhenya currently has an old Zhiguli with a broken heater, and that’s what we use for deliveries. It’s very inconvenient and is only good as a temporary measure. We have to go every place three or even five times to deliver everything. It’s a real pain, and also costs a great deal of gas, time, and effort.
Having no van is almost like having no hands.
The only realistic variant is to buy a used bus, with Polish or Lithuanian plates.
This option is two-three times cheaper than going through the customs. It’s simpler to do that in LPR than in Russia. We already checked, it’s the optimal option when it comes to both money and parts. We’ve collected a decent sum in December.
Thank you for your help! But it’s enough only for an engine, not a van. 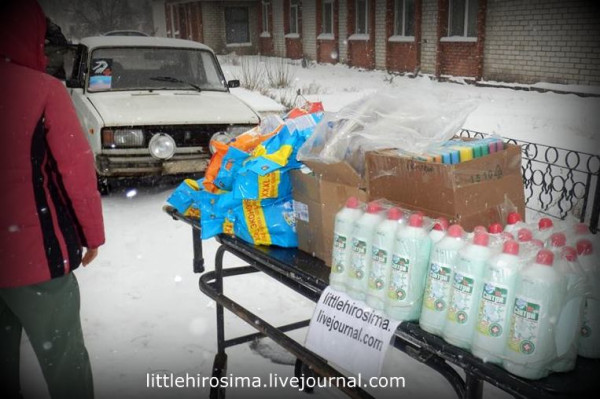 Zhenya is planning to sell the old van for parts. But!
That will take time. Maybe a year or more. It’s a complex matter, considering where the van is.
We’re planning to borrow the necessary sum and we’ll gradually return it as we sell the old van for parts.
So it’s all very complicated.
We haven’t wanted to involve you in this, hoping we can resolve it ourselves. But we didn’t manage.
The van is not a luxury but a necessity for our work.
If we don’t have one, everything becomes vastly more complicated. For example, we can’t go past Lugansk in a Zhiguli alone, it’s too far for multiple deliveries, it would be madness to attempt.
Moreover, I believe that buying a new van is the right thing to do, even though Zhenya is of a different opinion.
But Zhenya has murdered his old van during the last three years.
You can’t imagine what kinds of roads we traveled. The van came under fire, blew tires out in shell craters, broke down time and again, but served honestly and faithfully. But it is what it is.
And if it weren’t for this van, one of this aid would have taken place. So I’m asking you once again, this time with a request to help us buy a van. It’s very important to us.
Please label such donations “Van”. Please don’t forget the label! All the money from the sale of spare parts will then go to humanitarian aid.
I’m asking my friends, readers, and those who know Zhenya and I and trust us.
Thank you!
Thank you for your likes and reposts, it’s also very helpful.
And believe me, it’s very awkward for us, but that’s where things stand and we have no choice but to ask…
Our battle buddy ((((( 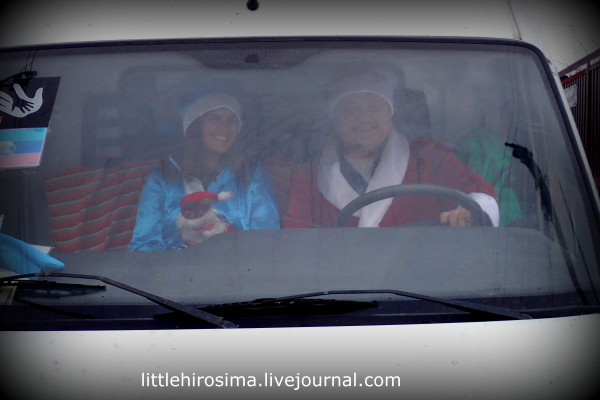 Please label all contributions for the purchase of a new vehicle “Van”.