Here is another post about our friends from Rubezhnoye. Who survived captivity in Ukraine.
How are things? It depends.
But the main thing that makes our team happy is that the boy, their son, now feels fine at last.
His fainting spells passed. As did the headaches.
They visited every conceivable doctor, including a dentist. I think it was not a matter of diagnosis and treatment.
The boy simply needed decent food which the family could not afford.
Calm and, of course, the parents who do not fear tomorrow… 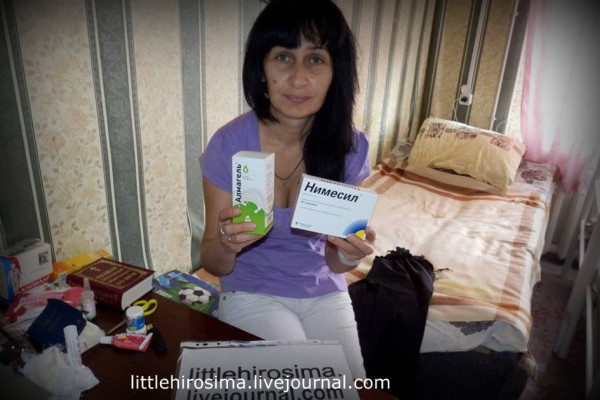 As a reminder, during the summer we met a refugee family from Rubezhnoye. Granted, the term “refugee” hardly befits them…
Vitaliy was one of the first to join the militia. Natasha helped organize the referendum in the city.
But it ended badly for the family. Vitaliy was held in prison–and was severely hurt there…
When Natasha and her son (Vitaliy at that time was elsewhere) got a visit from the SBU, she and her son were kept in a cellar with hands raised for several hours. The woman was beaten on the head with a rifle butt. Since that time the son started to experience fainting spells, and became afraid of every little noise. He started to have serious health problems, headaches…
Then they hid for a long time in strangers’ apartments and homes, until good people helped them flee to Lugansk. Vitaliy was exchanged, like some other “separatists.”
Their whole lives remained in a city which is part of Ukraine.
They can’t go back. They are listed on the Mirotvorets [Peacemaker] website, and they have officially been charged with separatism. 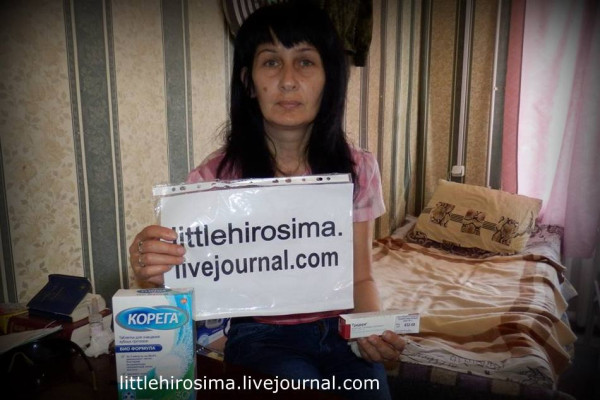 We met them during the summer. We then managed to collect a large sum of money which we use to help them.
Food, doctors, clothing–all of that has been described in otehr osts.
We are at a loss for words.
All of us–Natasha and Vitaliy, Zhenya and Lena.
I am too.
I did not expect so many people would respond.
Thank you!!! For your concern for this family.
They are genuinely deserving of it. They are genuine, strong people. People with capital P.
Who do not sit about, who do not blame anyone for anything. That’s a rare quality nowadays–everyone has someone to blame. 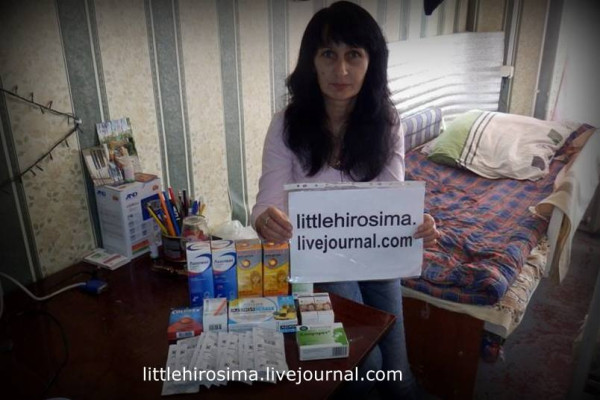 Natasha’s health is better than one might expect in their situation.
She’s visited nearly every doctor, got the necessary medications. She’s undergoing a serious course of treatment and we hope everything will be fine.
Vitaliy is apparently lining up a good job. I won’t write anything right now. Moreover, as we wrote earlier, he’s had his teeth redone.
Thank you, our dear N, for that)))
It was expensive and the family simply had no money… 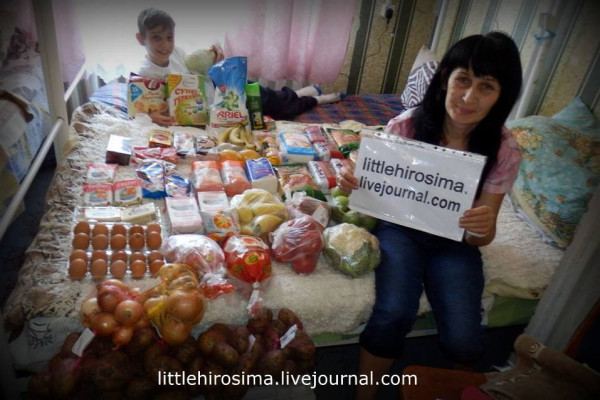 Clothes for the boy) 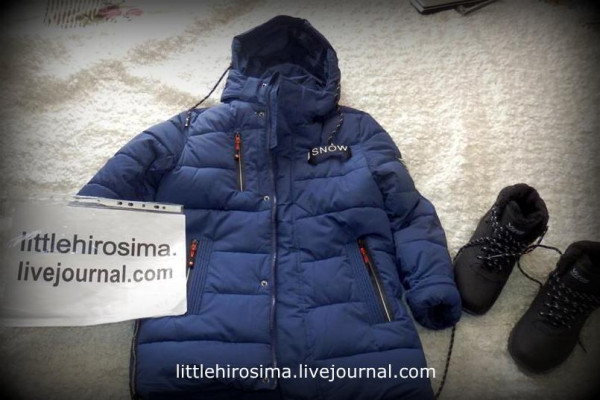 Once again, thank you everyone!