Inna Netesova died.
Yet another Inna in six months.
In 2012 she had a mastectomy. She needed chemo but had no money. Then war began, and then it was too late.
We helped her with food and medications. She couldn’t breathe without the latter because of fluid accumulating in lungs.
Recently Zhenya took her for pre-cancer ward, in order to drain her lungs.
“Inna is slowly burning out.” That’s what the doctor said on that day, and was surprised she was still alive.
After her lungs were drained on Thursday, she felt better. And on Sunday she departed. 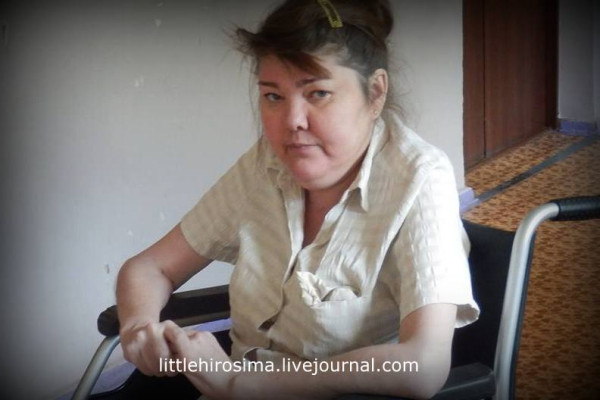 Inna at the hospital. Sheh almost never got up, and was in bed all the time.
She could only move using a wheelchair. 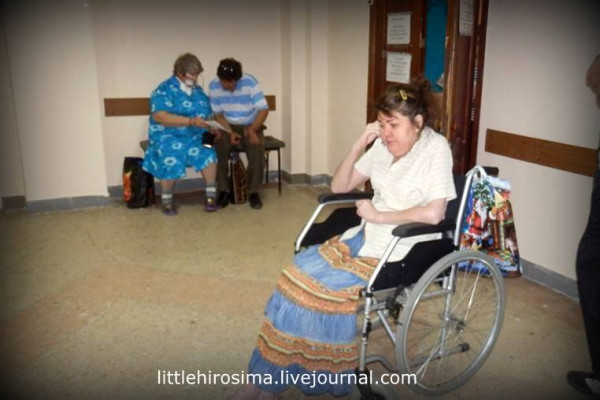 Daughter Valeria, 16, is now an orphan. She has not received her passport, and has no money to live on. The two lived off mother’s benefits. Valeria is still in school. She will need for at least 6 months until she receives the official orphan status, and that takes time. We will help overcome red tape.
Everyone donated for the funeral.
RIP
The food was delivered before the death.
Thanks to all who participates in the effort! 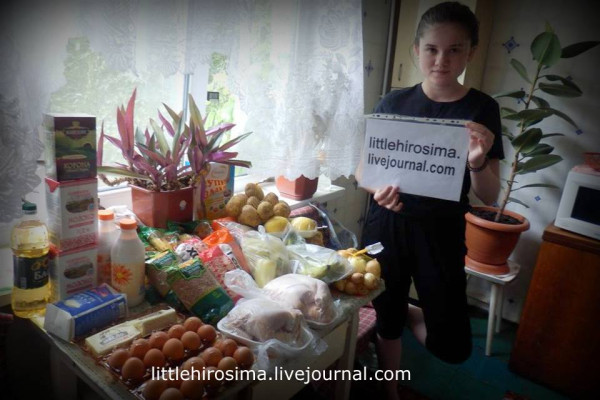