Irina Aleksandrovna is from the village of Frunze, LPR. It’s in the “gray zone”. You know what that is? Briefly, a place where there’s fighting. On the “line of contact.” After yet another shell impact (which are not rare there) the woman grabbed her four grandkids, picked up the bag with documents, and drove to Lugansk. Abandoned a house where she had lived her whole life. Where are the children’s parents? They are the sort that social workers euphemistically refer to as “unfit”. The mother exists only on paper. But luckily the kids have a grandma.
Irina Aleksandrovna was born in 1963. When Lena visited them, she was not clear on who was coming with the kids. A child, a sister? Tiny, thin, “only eyes”.
The woman fled to Lugansk. Friends of friends put her up in an apartment near Kambrod. It was empty since ’14–the owner had left. But allowed them to live there. 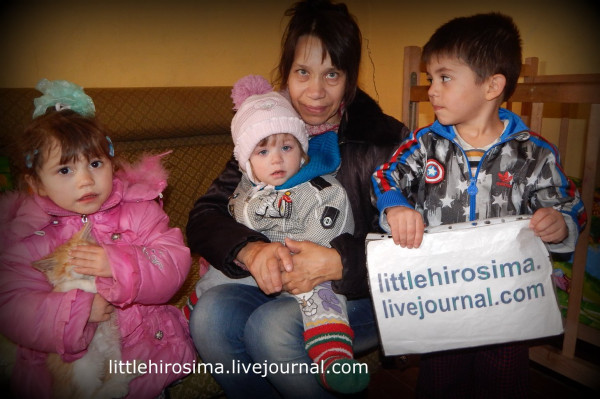