In addition to presents for children and for institutions, we brought winter holiday presents to all the families we look after.
Our LPR team did massive work before the holidays by bringing families not only presents but also food. Naturally, we had no ability to provide caviar, but we did try to make their none-too-easy lives better.
In this post, there is a report about our heroic grannies who are raising grandkids.
And also the latest news.
You’ve known them all for years.
They are all struggling. In their age, with dozens of ailments, fighting with bureaucracy, they nevertheless raise grandkids. They love them and do the best they can. Some of the have lost their children to the war, which happened in front of the grandkids. And this is probably one of the most horrible things I’ve written about. Children who see the death of their parents.
Friends, thank you for your help and concern!
All of these people have become close to us all.
If you want to participate in helping these families, please label your contributions “grandmas”.
Once again, many thanks to you!
Do you remember Natasha? On the photos she was always an unsmiling teenager. Look how she’s grown, blossomed!
Natasha’s mom died in front of her. A single shell fragment to the head, an instant death. Now they live with Elena Vladimirovna, the grandma. It’s difficult, you can see the woman is elderly.
Zhenya wrties: “Every time we come they thank us for the boiler. ‘It’s good ,warm, we even still have some coal from that year!”. They have also had a nice surprise. Her cousin and wife came to visit from Surgut. He fixed everything he could, while the wife has helped Natasha with English for a month and really improved her knowledge”. 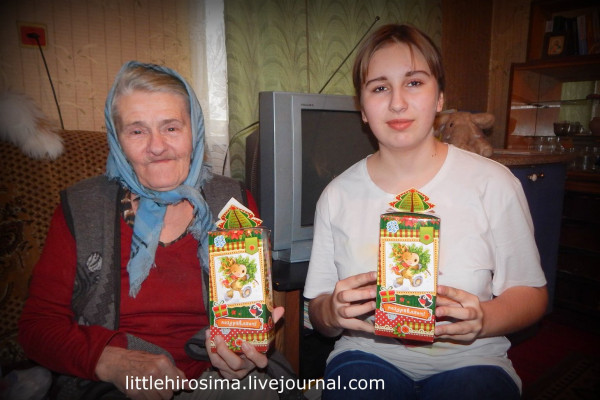 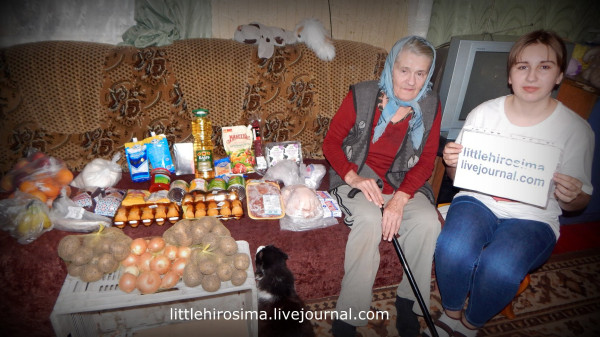 Taisiya Pavlovna. Her daughter was wounded in the stomach in front of the grandson. She died two years later. Now Taisiya is raising the grandson Sasha alone.
No news, and thank God for that.
Last year she’s had two strokes, she was barely resuscitated.
Zhenya writes: “No benefits for child care since the father still lives. He appears once every 6 months, brings clothes for the boy but no money. He will not abandon custody, she will now sue him for it. Son loves him, in spite of it all”. 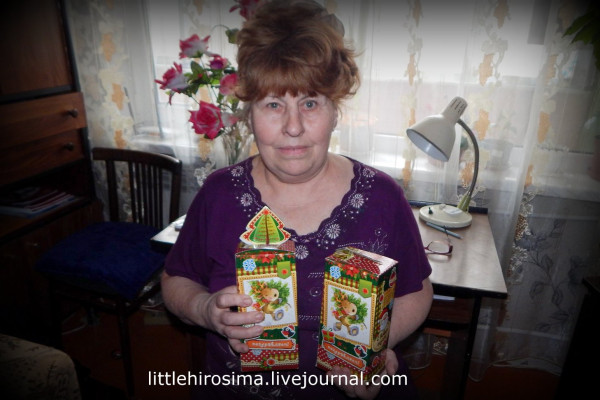 When she was brought presents and food, Sasha was still in school which is why he’s not on the photos. Timur with grandma. When our friends came, Elisey, the younger brother, was at after-school activities.
The family has good news. They’ve been drawing child care benefits starting with January!
Hurrah!
How much time was spent in order to get that done!
Zhenya: “Lyubov Mikhailovna was crying when she thanked: ‘If it weren’t for your, we’d have starved to death, it’s impossible to survive on my pension for the three of us. WE’ll remember this for ages.” 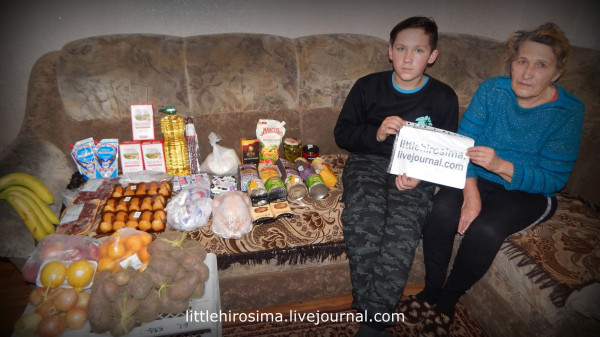 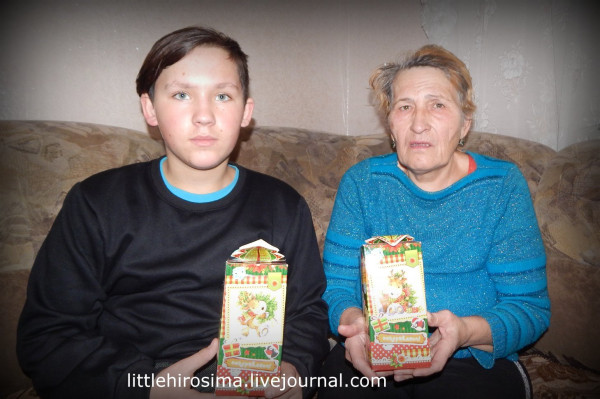 Timur, as I already wrote, often attends art school. We always try to bring him crafts goods for that. Timur is amazing, he’s an outstanding student, he draws, he can play the accordion. He helps the grandma with everything. He;s grown so much–do you remember how little he was on the photos? And now he’s a handsome teen. 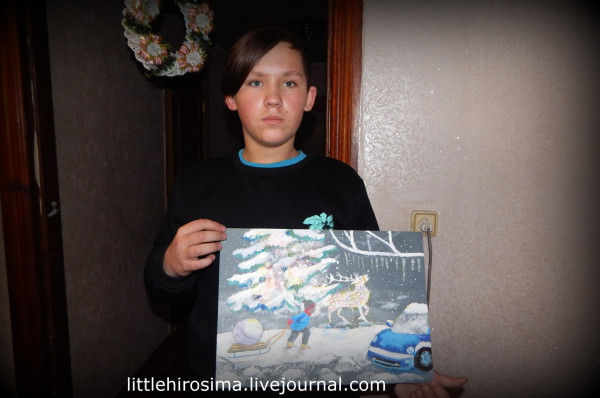 Galina Grigoryevna entered my blog as “great-grandma”.
In the fall, the great-grandson whom she was raising was sent to a foster family. That’s good, because she was struggling. She couldn’t cope on her own. The grandson often comes to visit, studies well, the family seems to be fine.
Zhenya: “Galina Grigoryevna is failing. One attack after another. She’s been through a lot–war, death of granddaughter, raising the great grandson. She did not complain.
Now, when she might be able to take a breath and relax, her ailments got worse…She says ‘I miss my grandson, but I am very glad it will all turn out well for him, death for me is not scary.” 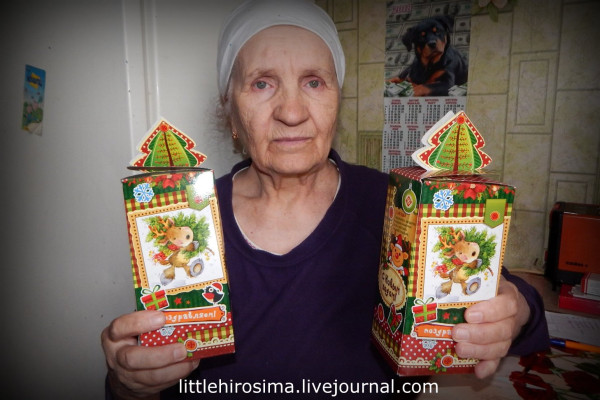