I remember Raisa Yakovlevna from back in 2015, when we visited her at home in Novosvetlovka.
Zhenya brought her aid from other volunteers. I was then doing a report on the village. Tens of destroyed houses, burned out tanks and APCs on every street. Pillboxes at every turn, and shrapnel damage to everything. It was very cold, and while snow was trying to cover the shattered houses, the bare trees laid everything open to the bones. The village was absolutely stripped.
I remember the empty house and the crying woman who told us what happened. I stood in the open door, waiting until Zhenya talked to her. We were getting ready to leave when she started to ask us to stay and have tea with her. “You’ve been on the road, you must be tired.” It’s true we were tired but we also had to go. She had almost nothing but she could just let us go. That’s how people there, on the Donbass, are. After that we kept running into her. Whenever we brought her aid, we had to fight off her “presents”–a packet of nuts, a can of pickled tomatoes. Always wanted to feed us.
I remember well what she told us. We haven’t seen each other since. Many volunteers from various institutions were helping her. I never saw a photo of her.

A house on Raisa Yakovlevna’s street. 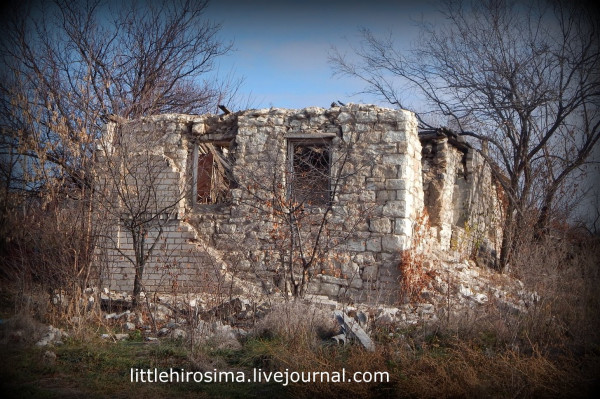 And so Zhenya recently got a call from Raisa Yakovlevna:
“–Do you remember me? I’m Raisa Yakovlevna from Novosvetlovka.
–Yes, of course, Raisa Yakovlevna.
–It’s been three years…Children, I’m very embarrassed, but I have nobody else to ask, do you still help people?
–Yes, what happened?”
I’ll cite Zhenya:
“When Novosvetlovka was invaded by the UAF and Aidar, Raisa Yakovlevna was unlucky. Ukrainian soldiers remained on the outskirts and didn’t bother anyone. It’s still early in the war, the draftees were at war in spite of themselves. But the center was occupied by Aidar, there were even foreign mercenaries. Aidar were totally unbridled. Marauding, open theft, seizure of household appliances, cars, even preserves and poultry. They would chase people into the cellar and carry off everything they saw. A neighbor left his car in Raisa Yakovlevna’s yard, having removed the battery just in case, before departing for some place far away from war. The soldiery liked the car but for some reason wouldn’t drive without the battery. They beat Raisa Yakovlevna on the head using rifle butt, while demanding “where did you hide the battery, bittch”, until she almost lost consciousness. They didn’t find the battery so they shot the car to pieces. And Raisa Yakovlevna suddenly went nearly blind–everything became blurry. Separation of the retina, it later turned out. When our forces liberated Novosvetlovka and then a “ceasefire” was declared, she suffered a heart attack from everything she lived through.
When we talked to her, we also learned in she had a stroke in October.” 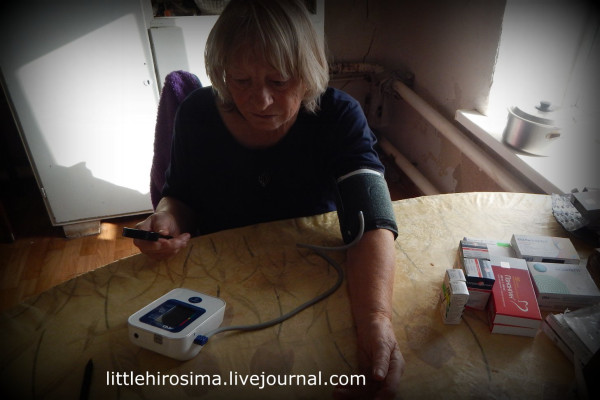 Her eyesight has been pretty bad every since. It’s like looking into fog. She gets a 4 thousand ruble pension, while the eye drops she needs cost 2 thousand. If she doesn’t take them, her blindness will only get worse. The heart attack and stroke also took their toll. She needs many medications which she can’t afford.
That’s when she called Zhenya. And they brought her medications.
Ideally, she ought to be in a hospital and undergo a serious treatment and get a detailed diagnosis for her eyes. She has not been to an opthalmologist in a long time. We’ll try to help.
Please label contributions intended for this woman “Raisa”.
Friends, thank you all for your caring and concern! 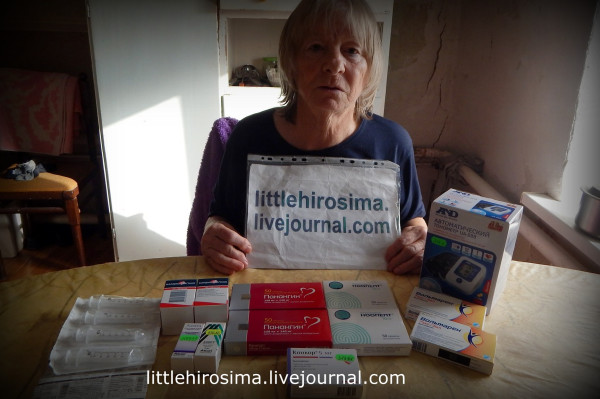 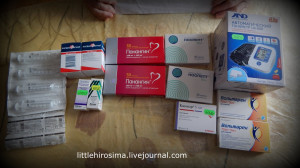 I wrote many posts about Novosvetlovka. Since then, many houses were rebuilt. Some from the very foundations. A school was built, there’s a hospice in the hospital which we’ve been helping for years. The first photo, with the house, was made recently. The fence below is the gate to Raisa Yakovlevna’s yard. And yet it’s been more than five years since these terrible events. No matter where I meet people who went through hell in that village, they all say one and the same thing((( They talk about Aidar’s barbarity, about how they corralled people in the church…
Raisa Yakovlevna is leading the same life as hundreds of others who suffered from this war. 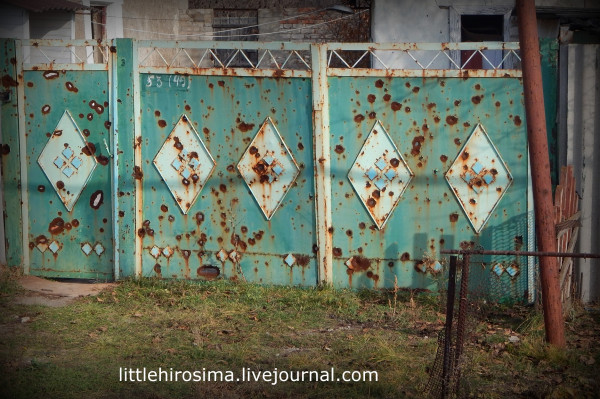 A video I took in Novosvetlovka in 2015