One angry lady showed up in the comments section last night. She wrote two harsh comments stating that she and her three kids left the war zone, lives in Russia, is really struggling, but at least her kids don’t know what war is. The post concerned collecting aid for New Year festivities. The woman wrote that nobody brings her presents, which means those who stayed there did so because it’s beneficial to them, and that makes her very angry. They are there to collect aid.
I’ll say this–yes, we have seen people like that in ’14. Alas, they did exist. I remember one woman in Pervomaysk who did not want to leave the bomb shelter even though heavy shelling stopped a long time ago. She did not want to leave because journalists and volunteers were showing up by the hundreds. They brought food, clothing, medications. Just sit and take. But listen–it’s been five years since that time. Yes, sometimes humanitarian aid does arrive, but that’s not enough to live on. Nobody’s been living in bomb shelters for a long time, the war has moved into a new phase. No, that phase is no better or worse, it’s just different. Unruly, protracted.
The aid from our convoys is meant mainly for hospitals, kindergartens, retirement homes, dormitories, other institutions. This is real aid. They bring equipment, special preparations, insulin, and much else needed for people to live. But to say that people find it convenient to stay in the warzone is just funny. Salaries, pensions, benefits in the Republics are tiny. Life there is very difficult. It’s hard to find work, pay is low. And there’s the war. Leaving now is not like leaving in ’14 when there were refugee processing centers and many programs assisting in restarting one’s life. Now it’s a multi-layered hell where the problem is not only the institutions but even the question of where to turn to. Even with one kid it’s a problem, and what do you do when you have three? And what about single moms, elderly, disabled, bedridden? What are they to do?
The lady was very angry, but her pain and the difficulty of her situation were plainly felt. She removed her comments after some time. But I can say that I constantly encounter such opinions concerning those who remained among those who have left, and also among Russians. Very many condemn those who live there. And I always answer the same–you have no idea what you would have done yourselves in that situation.
My friend from Lugansk did not leave because her parents absolutely refused to leave their land and she couldn’t leave them. Everyone has their own pain and own reasons. It’s seemingly obvious, but apparently, not entirely since people are constantly making similar comments.
That’s how tit is.
Friends, thanks to all who continue to help our team in helping people of the Donbass. In this post there is a report on medications for two people who are really struggling.

Did they have an opportunity to leave? Why did they stay? I don’t think it’s for us or that lady to judge. But I know that anyone can find themselves in a tough spot. Anyone at all.
And I’m glad we can help them somehow.
Tatyana Petrovna, born in 1955. A whole range of ailments. A single retiree–cancer, epilepsy, hypertension…Remember, we wrote about her. We helped with the treatment of her jaw cavity. The cancer is not being treated. She’s suffering from terrible chest pains. Our team will try to  deal with that.
Lena says:
“During our last visit she said that in her mom and dad are buried in Stanitsa (next door, but under Ukraine). She can’t go visit the grave. “Perhaps I’ll never see it again”, she said, and collapsed in a epileptic fit…Five minutes of terror. She came to and asked: “Did I fall?”
“Yes”
(Silence)
“Yes, it could happen on the street…”
“Everyone at the market knows. They help”.
Lena was shaking for the rest of the day.
The woman is entirely alone, she has nobody else to help her. 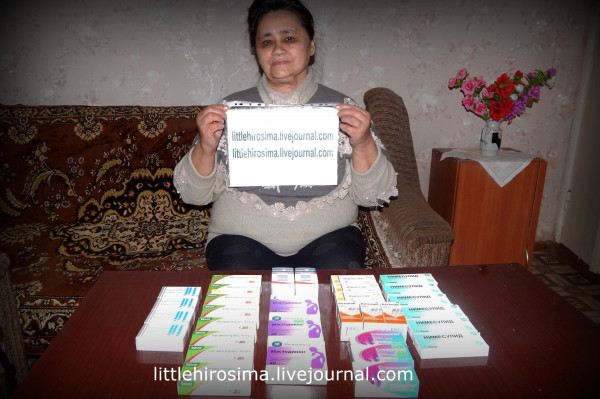 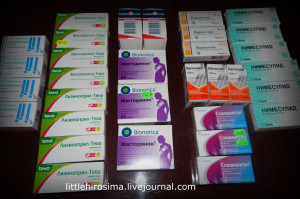 This lovely lady is Yulya, born in 1986. I also wrote about her. She is the neighbor of our sisters whom we are assisting.
She has a daughter who is into gymnastics. Since ’14 Yuliya has had epilepsy.
Zhenya writes:
“Yulya spent 27 days in a coma after a blunt trauma to the head. She doesn’t remember what happened. She was found unconscious. Doctors were surprised she did not become a vegetable. Thanks to her mom. She didn’t leave, she took care of her, talked…Lifted her out. Did that also during the shelling. But Yuliya got epilepsy as a result.”
Yuliya needs a course of treatment every 6 months but must pay for all the medications. They have no money–food and utilities take all their income. So we provided medications for a round of treatment. 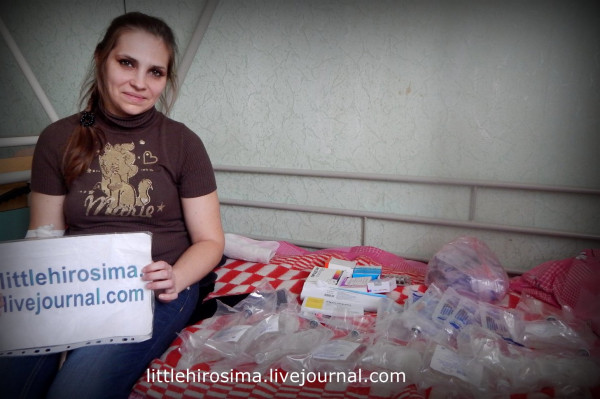 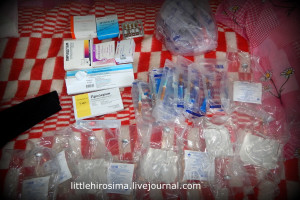