These red-headed kids became “ours” in recent days. Indeed–“ours”. We’re helping them. And I don’t think we know a family that provokes such positive emotions. Every time when Zhenya sends photos of these incredible kids, I smile from ear to ear. Just look–it’s a miracle!
They live with their grandmother. Mother’s heart failed. Where’s the father? He might as well not exist. He chased out the pregnant with with the young daughter. Chased her out to Lugansk where Sasha, the younger one, was born. They used to live in Crimea. The mother is originally from Lugansk. She had nowhere else to go so she went home. What happened, why–we’ll never know. I also don’t think it’s worth digging. The fact remains–the grandmother is raising the two kids. And she is struggling.
To read more about them, click on the “redheads” tag at the bottom of this post. 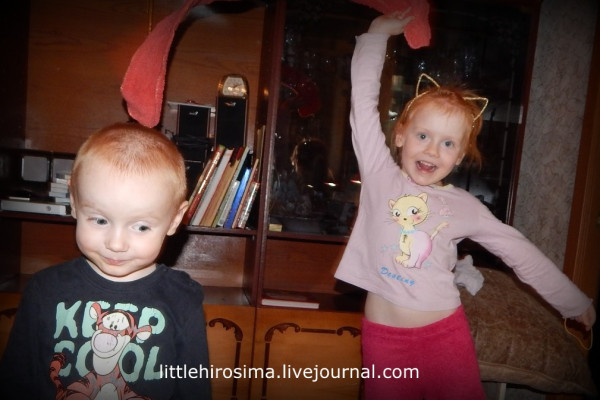 Just listen to what Zhenya writes about them:
“Our favorite redheads, living plasma, joyful mercury. Kids who, by the time you are leaving them, will give you a dumb, happy smile all over your face. The kids are a nuclear reactor which will fill you with positive energy to the ears. Only the grandmother has the tired, wise, accepting gaze.
They were all over the books we brought them, started to retell the stories, show them. And the eyes…They are burning with a genuine, earnest fire.” 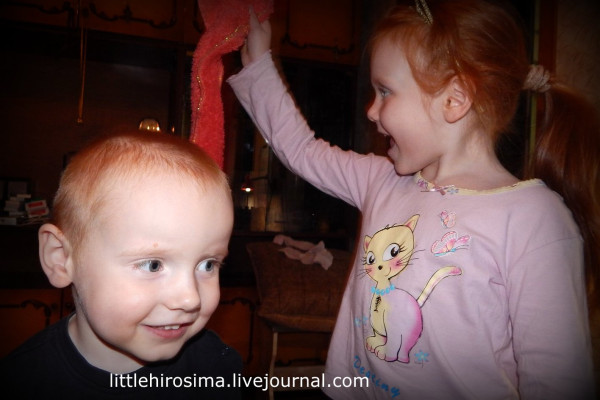 The grandmother is still trying to file for child benefits. It’s a difficult process. Those who live in Lugansk know. Either the papers were not delivered (why can’t one be told what’s needed right away?), or everyone is out to lunch, or on vacation, or something else. It’s difficult for her to support the grandkids without the benefits. But she is trying with all her strength. Circles, exercises–the whole deal.
One can tell just by looking at the kids. Happy, joyful, chatty. “Living plasma”, indeed. 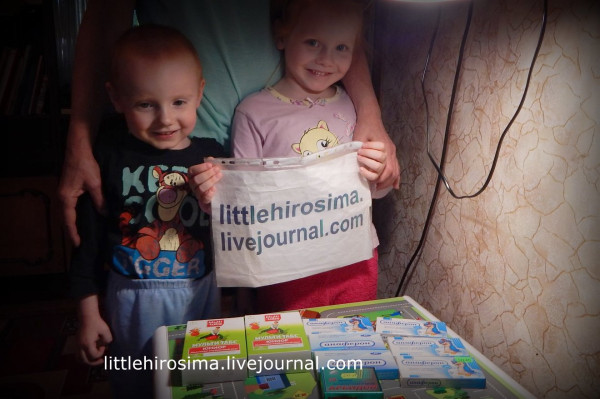 Friends, thank you for your concern and caring!
If you want to join in aid efforts for this family, please label your contributions “redheads”. 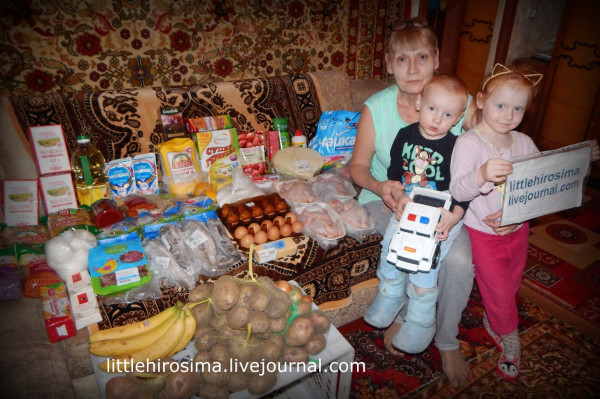