I wrote a piece about political rallies. And I didn’t even erase it–let it sit a little, if I don’t change my mind I’ll publish it.
But for now I’d rather tell you how Lena and Zhenya visited our Seryozha Kutsenko.
Our tanker, who lives in a retirement home in Lugansk.
He lost his home due to UAF shelling of Khryashchevatoye during the summer of ’14.
Then he lost a leg. No, he wasn’t wounded. But he has polyarthritis and he spent six months in inhumane conditions, limping on a crutch in a barrack. He fell and his leg was injured. It could not be saved. But he survived which back then was under a question mark.
On the photo, Seryozha is racing in his tank–an electric wheelchair which Natasha bought for him.
My Natasha, a young lady who somehow accidentally read a post about him. And…decided to help.
And Seryozha became “ours”. “Mine”.
To read more about him, click on the “Kutsenko” tag at the bottom of this post. 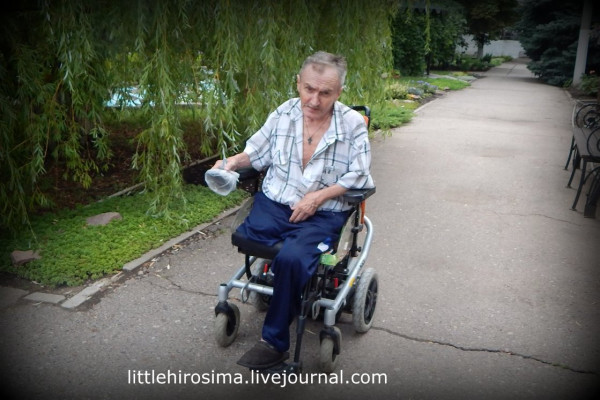 Zhenya says:
”–Where are you, Seryoga?
–At my place.
–Don’t lie, you’re smoking somewhere, aren’t you?
–How do you know?
–Let’s go to your room!
–All right, but I don’t believe it!
He came on his tank in 10 seconds))
He’s giving in. The leg is swollen, twitching. His favorite nurse was transferred to another ward. Psoriasis is spreading. There is an ointment but he can’t apply it using own hands. He can’t reach further than his nose. Blood pressure fell, had to be resuscitated. It fell below 80. He’s half-given in.”
That’s how things are with our tanker. Last summer he gave us quite a scare with his heart attack.
He constantly drinks medications now.
Oh, I forgot–Seryozha sends you all greetings!
It’s high time for me to get out to Lugansk. I haven’t been there in 18 months.
It’s not right without me there.
Friends, thanks to everyone who participates in our humanitarian aid! 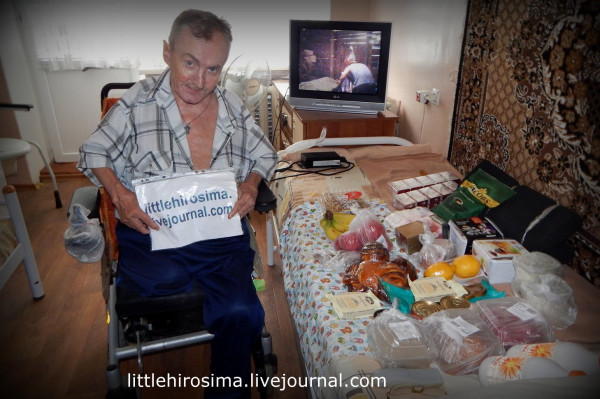