I often write that writing such reports is difficult. When something happens to these families, and there is something to write about.
But sometimes nothing happens. It didn’t get worse. And thank God for that. But it didn’t get better. Alas.
Zhenya refers to such reports as “routine”.
It’s the sort of routine they badly need…
This is a report on aid to the Ira and Petya family over the last four months.
On the photos you see Ira and three sons. 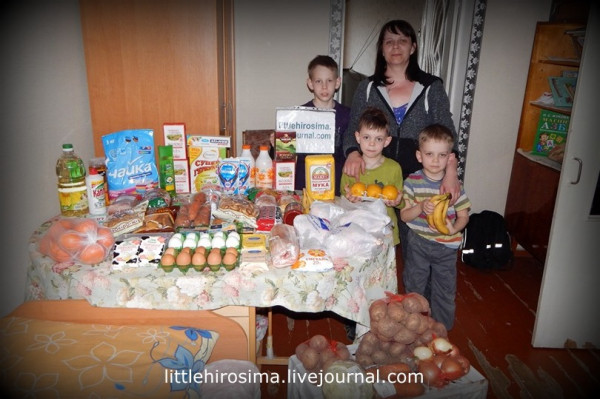 The family is from a village near Pervomaysk, a city where there’s constant fighting. But they lived not in LPR but on the other side. Ukraine’s. Petya was taken into captivity where he spent several years.
Ira and the three sons waited for the husband at home. It was an undescribable hell when they were constantly under SBU spotlight. What can one say–fighting there goes on to this day.
When a prisoner exchange took place 18 months ago, Ira took the kids, crossed the border on foot, and met her husband. They started over from zero in Lugansk. They received a dorm room. Concerned neighbors donated some furniture. Beds, cupboards, table…At that point we met them and began to help. They had nothing. Petya didn’t even have a jacket, not to mention the kids were growing and it was wintertime. 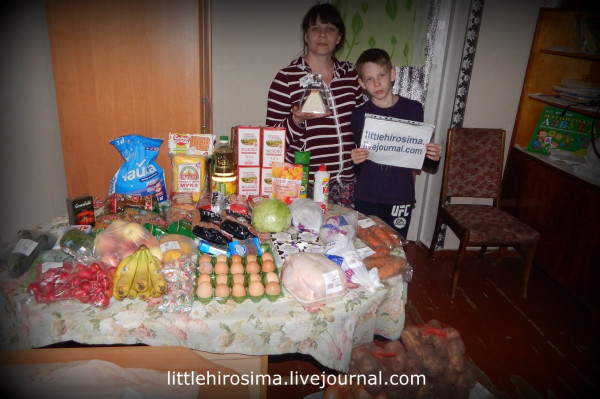 Thanks to you, we were able to continuously assist them.
Brought not only food but also dishes, clothing for the kids, Ira, Petya.
Collected money to treat Petya. He caught hepatitis C in captivity.
We obtained medications from India which he took and, thank God, his liver is healthy again.
It’s a little, tiny miracle.
I don’t know what to say about them.
Petya found a job but it’s not enough to provide for the family. LPR salaries are minimal, multi-child families in particular struggle. And they have three sons.
They live in a strange city without family or friends. In a dorm. Ira broke her leg few years ago. It didn’t heal properly and now she’s in constant pain.
But you know, the most important thing is that they are together. There are all kinds of families, and they are one of those where you see as soon as you enter the room that they love one another. This is particularly visible with the kids, who are growing up loved.
That sort of “routine”.
To read more about this family, please click on the “Ira and Petya” tag at the bottom of this post. 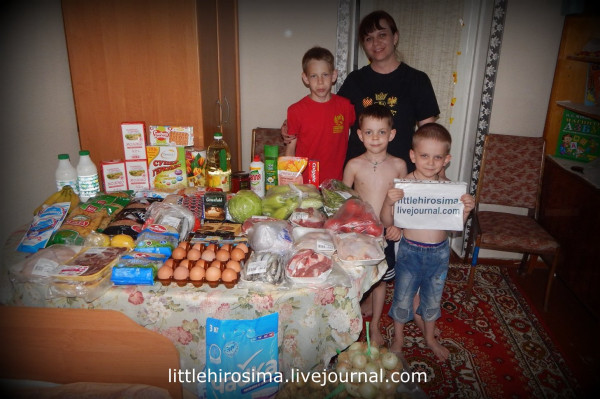 Friends, if you want to help this family, please label your contributions “captivity”.
Thank you for your caring! 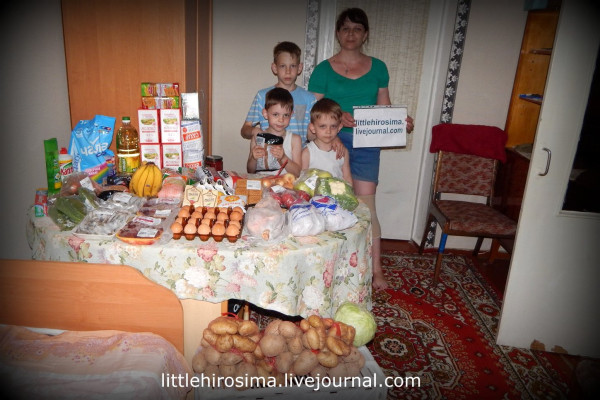