Oh, dear friends.
This is a complicated story, and our aid here is badly needed.
There are people who are like “tanks”. They keep getting hit, but they get up and keep going. Or break their legs, but keep on crawling. They can. Then there are people who don’t know how to struggle. It’s difficult for them to get up after they fall. Or when everything is collapsing, they can’t get out of the way. Life becomes a flood of losses and pain. And war is just that kind of a lethal hailstorm which not everyone can evade.
Elena Ivanovna is 58. She’s lived in Lugansk since the early ’90s. She has a son whom she gave birth to at the age of 43–Danila was born in 2003.
In ’14, the bloody year when war came to the region, they weren’t able to leave. They lived near Kambrody. It got hit pretty hard.
Shells fell there every day for two months. Every day. There was no power, no water, no phone service. Stores were closed, the city was blockaded.
In ’15, Elena fell and broke her hip. She needed a prosthetic, but in Lugansk that cost money. At that time, fighting had barely stopped and while the war entered its passive phase, it still was there. They had no money at all. The bones were somehow set but they healed improperly. She didn’t walk for two years, since ’17 she’s been using crutches.
Then she suffered a tragedy. 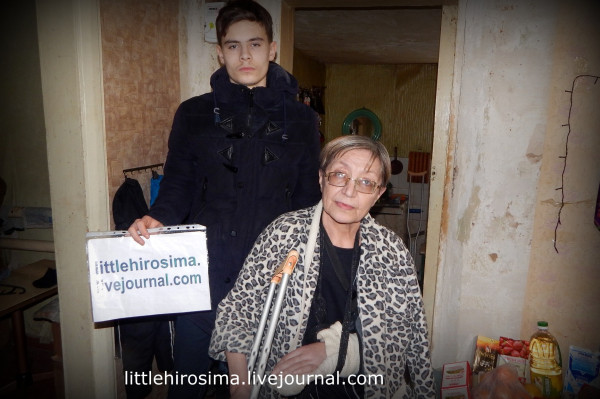 The husband was diagnosed with cancer. Throat. He burned out very quickly. Elena Ivanovna was left on her own with the son.
In November ’18, there was another tragedy. She fell again. Dislocated the left shoulder, torn muscle.
Now the arm is immobile which means she cannot use crutches.
She moves only with difficulty.
Everything is now on the son. Danila washes, cooks, cleans–he does everything around the house, and he also goes to school.
That’s where things are.
And now about what we can do in addition to delivering food.
They need aid badly. Nobody to take care of them, surviving off a pension only. They are literally undernourished. 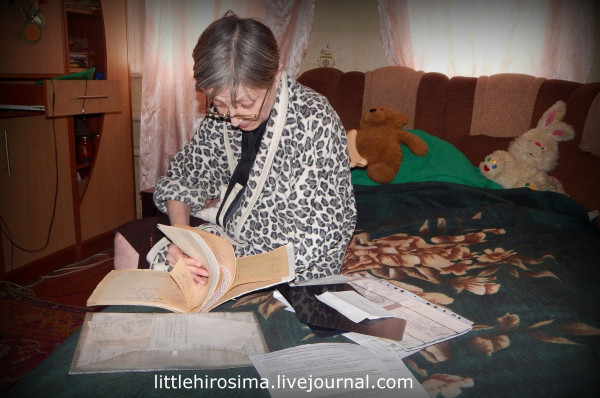 Еlena badly needs a wheelchair!
That way her son could take her somewhere. Right now she cannot be transported.
We also talked with Elena whether something can be done with the leg.
It can.
We talked to doctors. It is possible to have a prosthetic.
But we need money. About 150,000.
These are all estimates. We still need to find out details, examine options.
Taking her to Russia would be difficult for many reasons (and in any event, it would be an extra expense).
That’s how things are.
Shall we try and help?
I don’t know whether we’ll be able to collect the money for the operation. I’m always terrified of taking on large collections, and for us it’s a lot. It’s very risky. It may work, or it may not. It’s a thin edge. Sometimes people reply in such a way that we are able to work miracles. But sometimes they send nothing. You know, we do not abandon anyone. But we simply don’t have an extra 150,000 for an operation(((
We requested documents from the doctors about what could be done, how much it would cost (which is the most important factor) etc.
We’ll find out everything.
One way or another, the family needs help. And it seems we are the last chance.
Please label your contributions for this family “Elena”.
Friends, if you have a wheelchair, we would be very grateful if you could donate it for Elena to use (contact information is at the end of the post).
I will write about everything, and there will be reports as always.
If you are for the first time on my page, believe me to be a thief, etc., etc., etc., please move on and don’t waste my time. These types of comments always unnerve and disturb, no matter how resilient I might be.
Friends, thank you for everything!
Reposts, likes, and comments also help! 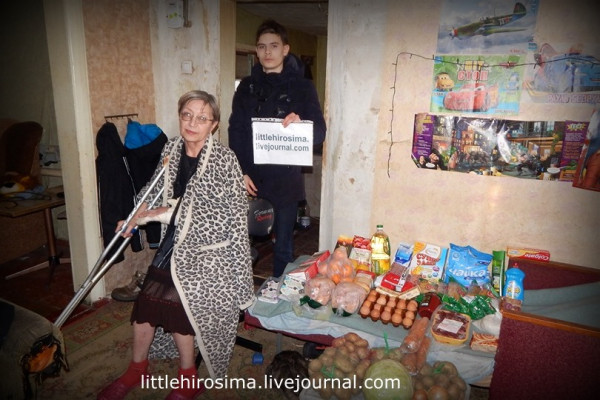 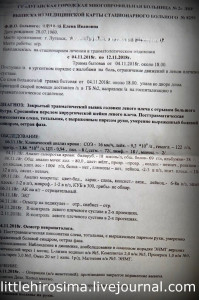 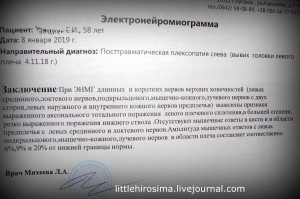 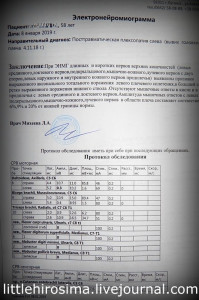