The story of two sisters from Lugansk living on their own has touched many. My friend went to buy them winter boots, a neighbor regularly send them money. One reader offered to fully pay for the older sister’s university education. In the sense that, if she’s admitted to one, to cover her expenses so that she wouldn’t need to work but only study. An Australian named Denis who doesn’t know the Russian language almost regularly helps them financially. He reads my blog through Google Translate(!). Our Boris from Kazan bought them a water heater to ensure they have hot water. We’ve all collected money to cover their utility debts from the past several years, including for the period they didn’t live at that address. Her mother lived there and amassed such debt that there always existed a threat of water and power cut-off.
I don’t know how I would have acted in their place. I’ve met few people in my life like them.
Alyona and Marina are one of a kind. 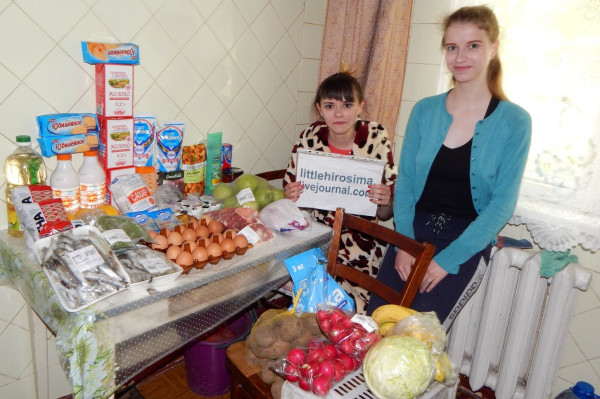 The girls were forced to survive on their own in Lugansk. The older Marina left during the shelling. When she returned, she took Alyonka away from her “hopeless” mother. They started living on their own. When we started helping them, they spoke with one voice “it’s better we didn’t have a mother like that”. They lived like that for several years. Alyonka was a shy youth, taller for a long time than her older sister who looks like a little mouse. Little, but with an unbending spine. No boyfriends, hobbies, though the age is right for that. Marina works from morning to night in order to feed the two of them. So that her sister could finish school. The girls are from different fathers whom they’ve never seen. They love one another tremendously. Marina has become a mom to Alyona though she’s not all that much older. I remember well how a couple of years ago I brought them make-up. Marina then forcefully said: “I don’t yet allow Alyonka to wear make-up. Too soon.”
Alyona graduated from the 9th grade that year! 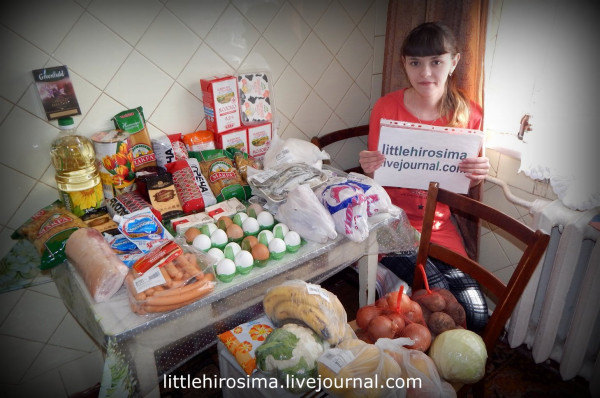 But as soon as their life was more or less in order, last winter everything changed when they received a New Year’s eve call from the hospital: “Your mom had a stroke.”
Doctors found a “Daughter” number in her phone. It seems the woman hasn’t called it in years. 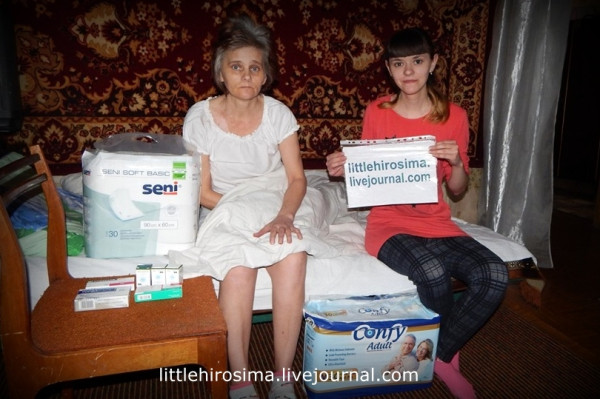 What can one say? I wrote this many times (click on the “sisters” tag at the bottom of this post). They took the mother home. And are taking are of her, even though they didn’t want to know her.
Hearts of gold.
“Our golden ones”–this is how Zhenya from Lugansk always speaks of them. 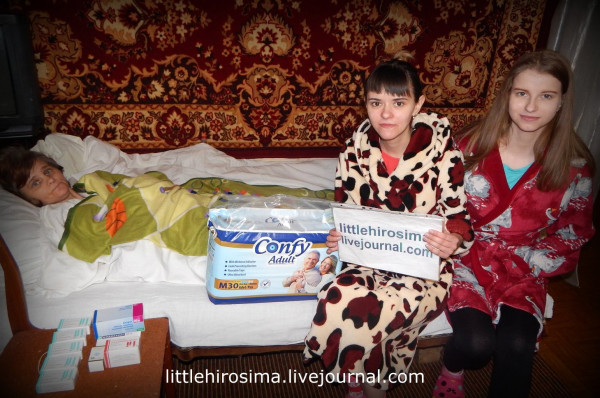 To say they are struggling would be an understatement. But thanks to you, it’s easier. Marina’s salary would have been all consumed by the mother’s diapers and medications.
So we are helping.
Thank you! This post represents several months of aid. Diapers, medications and, of course, food.
Friends, you are helping the girls survive.
This is no figure of speech! 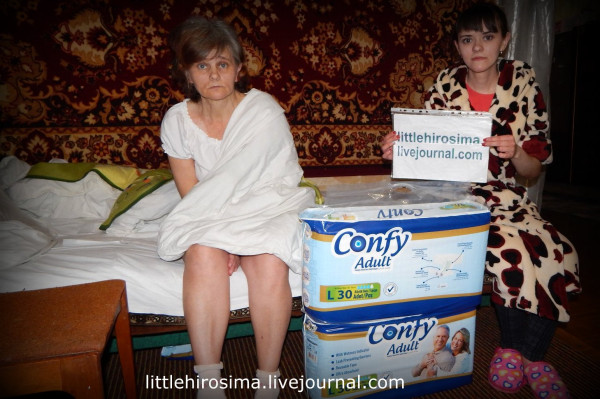 How’s the mother doing?
She was granted 1st Class Disability status. Benefits are under way, but that’s still two months of paperwork.
She’s gotten better since the stroke. But…The right side is paralyzed, and she can’t take care of herself. She’s conscious, lucid, and that’s good. Doctors say she won’t improve, this is the most the girls could achieve.
I haven’t seen Marina and Alyona for several years. I’m writing this based on our friends words. But I remember their simple tiny apartment, and them, two small and frightened girls.
Fragile, frightened, on the Donbass. Where there’s a war. Where even complete families struggle. Small salaries, no jobs, difficult situation. And then there’s this… 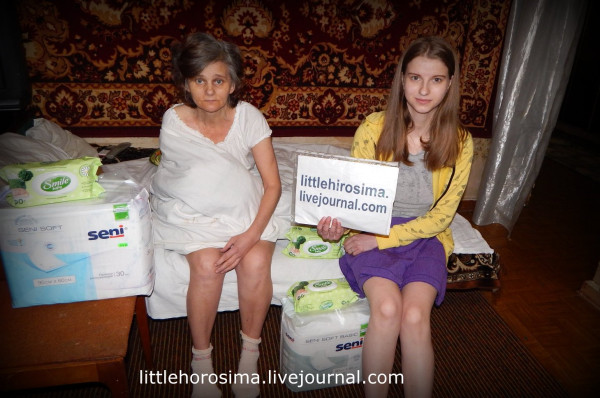 It’s not for us to judge anyone. I personally wrote many a slanderous thing about the bad mom. This and that. Not even worthy of the term “mother”.
But Marina quietly and simply said: “she’s our mom”. And that’s all.
Yes, mom. But believe me, far from everyone would act like that.
How many abandoned elderly have we encountered on the Donbass, abandoned in apartments, homes. Children left and haven’t called in years. The elderly are barely surviving, barely walking, suffer from illnesses and only eagerly await a call from their “blood”. How many elderly are there in old age homes who haven’t been visited by anyone? In years!
The girls could have not gone to the hospital. Could have said “wrong number”. Nobody could have said they were wrong to do so.
But they, modestly smiling, are washing, wiping, and spoon-feeding her.
And yes, now they have a mom whom they didn’t have for a very long time. Or not at all.
They are like that. Our Golden Sisters.
And we are glad that we can somehow help them.
If you want to join the effort, please label your contributions “Sisters”. 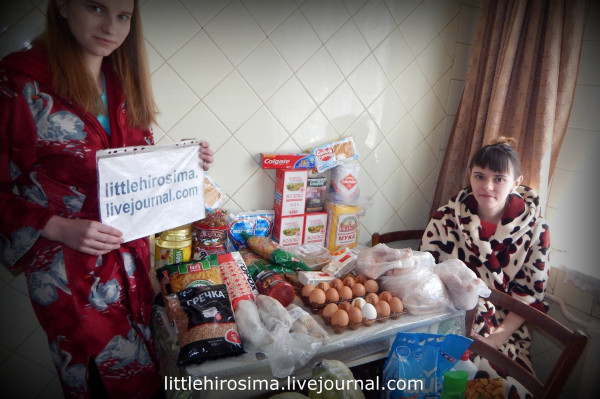 Please label any contributions specifically for Marina and Alyona “sisters”.