But what’s this about.
Yesterday morning I got a money transfer from Christopher, a reader in the US. He’s been reading my blog for four years in LiveJournal through Google Translate. He doesn’t know a word of Russian. Thanks to Mike Jasinski, a Political Science professor in the US, there are also English-language translations, (which in fact you are reading). But they come out with a delay [sorry about that! been very busy lately–MJ], and Christopher reacts even before the translations are posted, which means he gets them through Google Translate. He’s been responding to calls for helping “grannies”, “insulin”, and others. I dwelled on the fact that the majority of those who back in 2014 asked for the number of my credit card are still with me.
I swelled up with pride, like a balloon!
People do trust me.
I often write posts requesting that aid be labeled, depending on the intended recipient. But you don’t even do that, you simply respond. And usually simply write “do as you see fit”.
That’s so awesome, that I want to tell you once again that I am very proud of the trust in me.
Thank you!
Thanks to  you, the aid effort goes on without a pause.
Recently someone wrote in Facebook comments: “Dunya, you are a tank”.
Well, yes–I am a tank.
And together with you, we are a pretty good team.
We are a tank.
That’s how things are.

Also, greetings to everyone from our tanker Seryozha Kutsenko, who’s been with us these four years.
Thanks to you, we’ve been able to help him and are continuing to do so.
Lena and Zhenya recently brought him presents for the Defender of the Motherland Day. 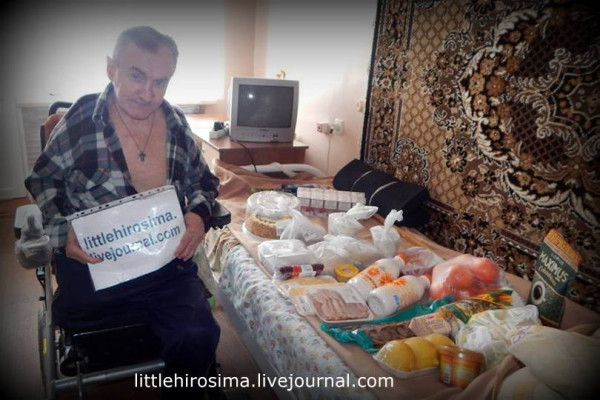 To read more about Seryozha, please click on the “Kutsenko” tag at the bottom of this post. 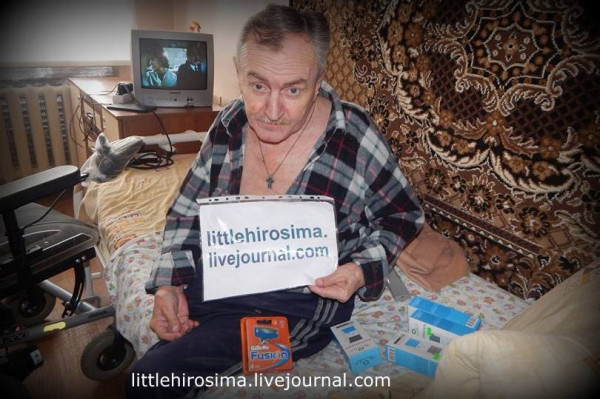