And old friend of mine recently confessed that he unsubscribed from me and can’t read me anymore. But I want to defend myself!
This blog is not all that pessimistic. I would even say that from time to time it promotes optimism. I write about the difficult lives of people, and that can’t be avoided. But we and our friends do more than write about it. We do a lot to make things better. And succeed only because someone reads those posts.
I can brag about all the good things we’ve done over the last four years. But it would be more correct to say that it would be better if we did not have anything to write about, and those we write about were leading normal, happy lives. Children and parents were alive, houses were whole, and everyone was healthy. But I can’t change that. I can’t resurrect, make whole again. I can’t end the war. There are many things which are beyond my control.
But we can do some things!
For example, such minor things as help Elena Vladimirovna and her granddaughter Natasha fix heating pipes.
A seemingly small thing, but when the whole family is freezing, sleeps fully clothed, and never leaves that one room, it’s not a small thing. Which moreover is financially beyond the family’s means. 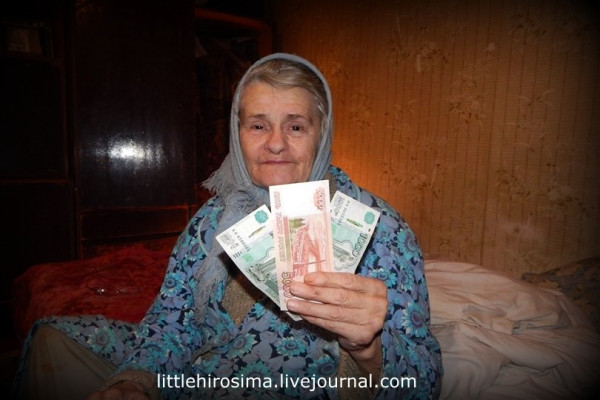 I wrote in November about how her heating pipes rusted through and it would cost 6,000 rubles to fix them. They don’t have that kind of money. She gets a pension of 3,200, but that has to also pay for the utilities and for the upkeep of the granddaughter.
We then collected money and our friends helped fix the pipes. It wasn’t simply because they live in Yar which is hard to reach. Half a kilometer on foot. It was also hard to find a repairman, but in any event New Year’s was celebrated in a warm house.
But unfortunately we learned a few days ago that the boiler began to leak. We received more money than was needed for the pipes and bought food with some of it. We hope we still have enough for the boiler. We’re looking for one, but at the moment can’t tell how much it will cost. Plus it needs to be transported and installed.
Elena Vladimirovna raises her grandmother Natasha. Her daughter died right in front of Natasha’s eyes. Shrapnel to the head, and she was gone. That’s how things are. As I noted above, they live on a pension and struggle. They really do need help, since they have nobody else. An elderly grandmother and a little girl are simply surviving.
If you decide to help, please label your contributions “boiler”.
Friends, thanks to everyone who reads me and decides to help! 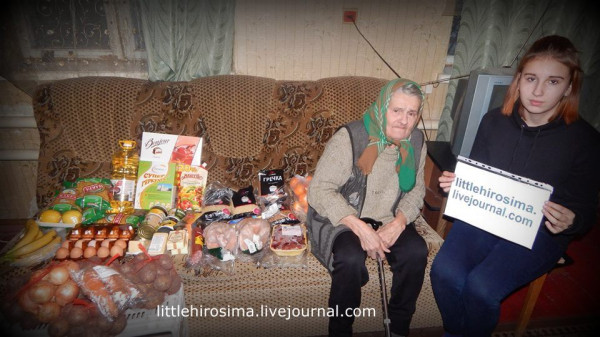