I posted only positive things for the several weeks of holidays, and there was a lot to write about. Our team, together with you, did a great deal of work which is visible in our recent reports (these are not merely holiday greetings posts!). But our blog, unfortunately, is not about happiness but rather about pain. But we all are working on making this pain less strong. Or perhaps go away altogether, because even the hardest of posts nevertheless represent hope. One of my readers made a proposal for one of the people we care for. It was a bold proposal to which I responded that right not it would be hard to do. But then she said “Dunya, I’ve gotten used to you being a miracle worker and thought you would pull off that one too”.
But my posts are not always a ray of hope.
I’m no miracle worker, no Snowmaiden, I can’t work miracles even though sometimes, thanks to you, it turned out that way. We made it turn out that way.
I can’t save the dying. We can’t.
And the hardest part for me are the posts about our cancer patients. Very many of those whom we’ve been helping have already left this life. Young and beautiful, mothers, elderly. All kinds. They were devoured by the illness. In some cases the final stage could have been avoided if it weren’t for the war. If treatments were provided on time, but the war made that impossible–they had to sit in cellars instead of having chemo. That makes it twice as hard. But who knows how things would have turned out?
I can’t and won’t write that if we all pull ourselves together, collect money, take them all to Russia/Germany/Israel, they’ll have a chance.

Tanya and Anzhela are in the final stages and, unfortunately, they have no chance. I write about them rarely but regularly. But we constantly help them.
They cannot be saved but they do need help. They constantly need painkillers, other drugs, sometimes even chemo. Or simply food, because they don’t have money even for that. I don’t overload you with constant reports because I know it’s impossibly difficult to read.
And, unfortunately, both Anya and Anzhela recently suffered from deterioration. We know from experience what prolonged elevated temperature leads to. Zhenya wrote of “beginning of the end”. Yes, unfortunately, it has begun (
They are in heavy pain and have constant fever. Both simultaneously. They take more painkillers.
The photos show two months of aid. Even in these photos one can see the changes.
They live on tiny 3200 ruble monthly pensions which are insufficient for any medications. And while Anzhela has a grown dauther, Tanya has a young son with all the associated problems and complexities.
Maks has nobody except the mother and he’s been at a shelter for a long time, since Tanya is always in a hospital. Now he was sent home to be with his mother.
Tanya can’t do anything around the house. Because she is in bed with heavy pain all the time. She needs a nurse to work with her. Not to change diapers, that’s not an issue. But to come and clean-cook-shop 3-4 times a week.
If you decide to help, please label your contributions “cancer” 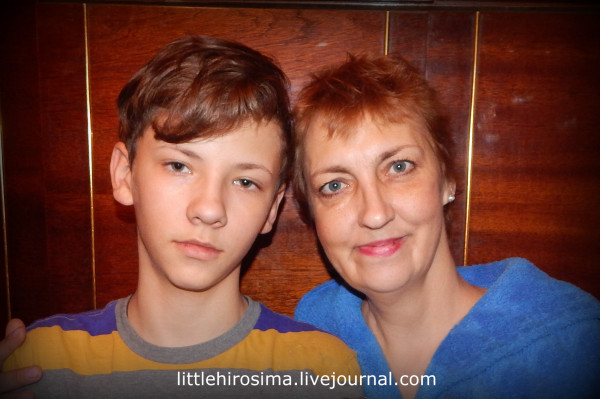 The photos below show the aid to Tanya and Anzhela over the last two months.
Friends, thanks for not ignoring this! Thank you for reading, thank you for helping.
I know this is very hard. I know how hard it is to read such posts because it is impossible to maintain detachment. And then there is the realization this is happening in Lugansk, where there’s war. 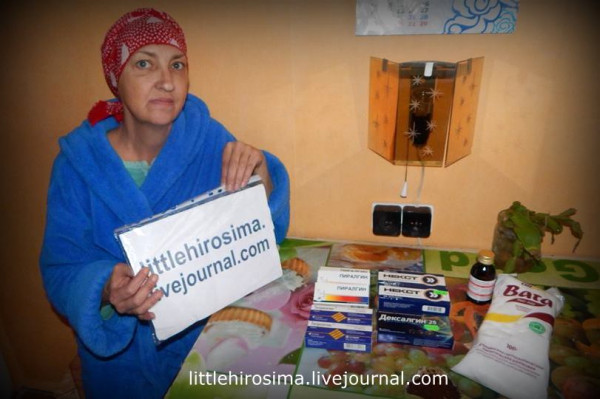 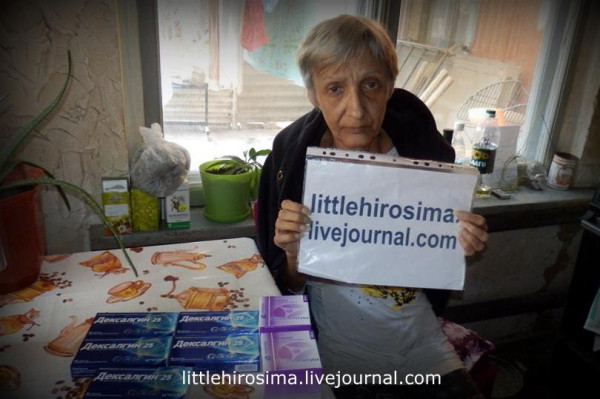 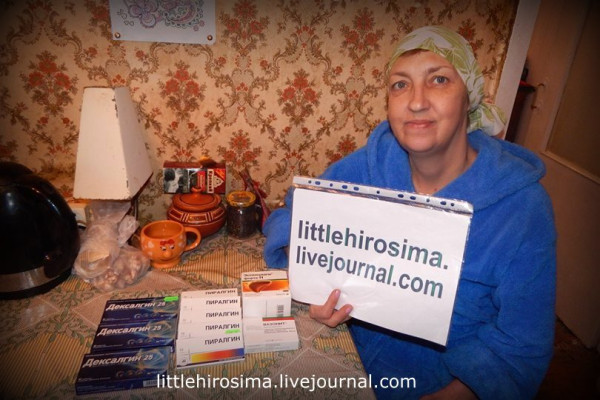 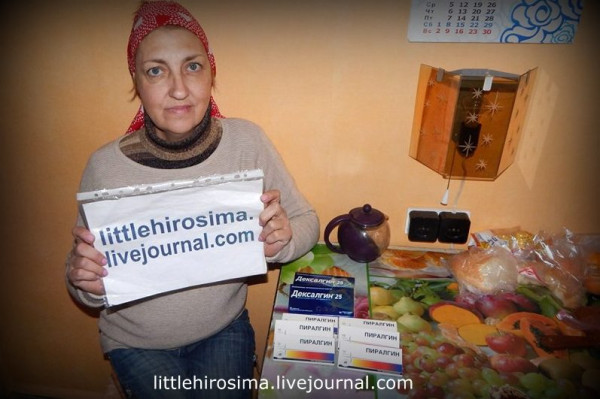 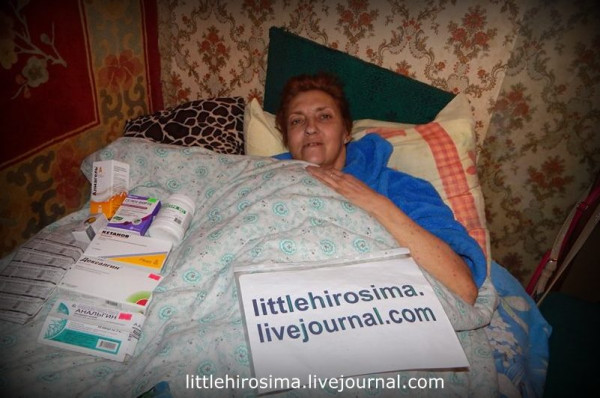 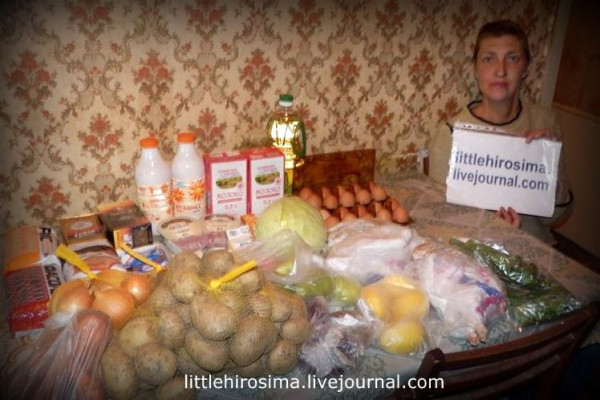 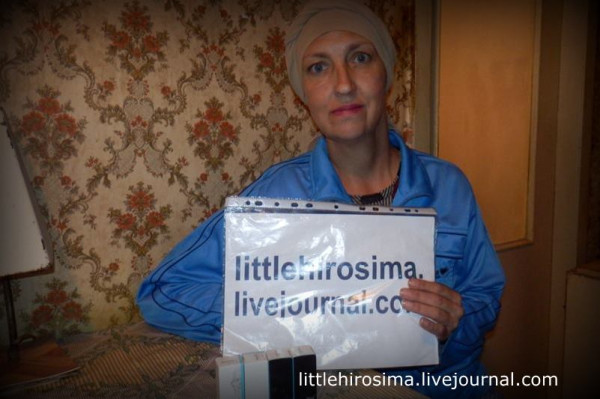 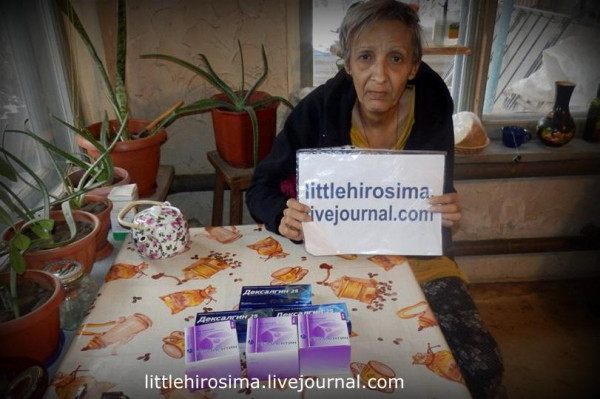 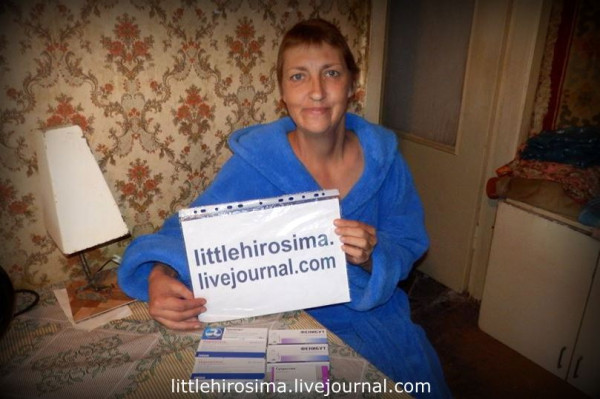 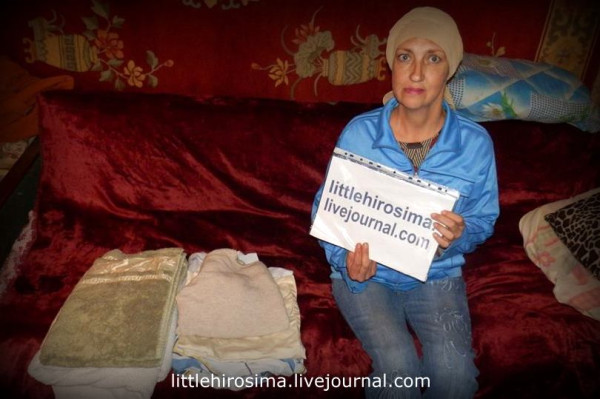 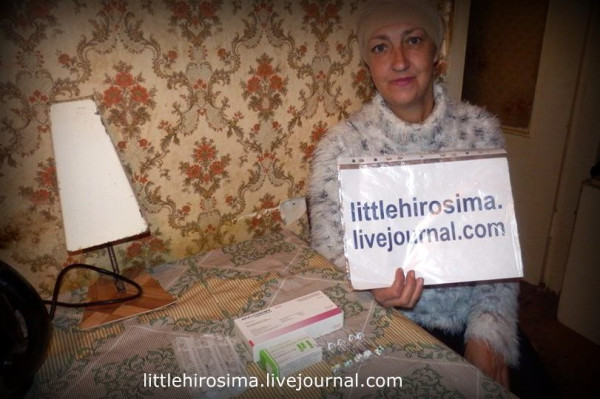 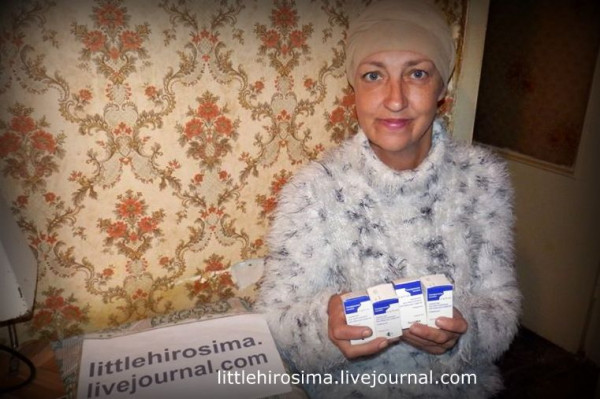 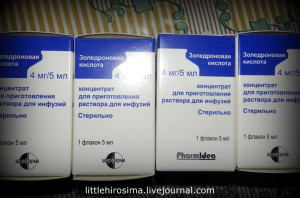