There was a woman in Lugansk. And she had two kids. “Was” not in the sense she’s no longer among the living, it’s just that she’s not in Lugansk anymore. “Had” not in the sense they are no more. They are not with her anymore.
That Woman, I don’t know how to call her, left LPR at one point. And left the kids. Alone. “To find love”–it seems that’s the phrasing we heard from social workers who told us about the kids. “They’re adults, they can take care of themselves, but I need to get my life on track”. Well, they are not adults. Valera is only 16, the younger is 10. He was taken to an orphanage. The older one lives alone, since he’s an “adult”. He went to study computer systems. 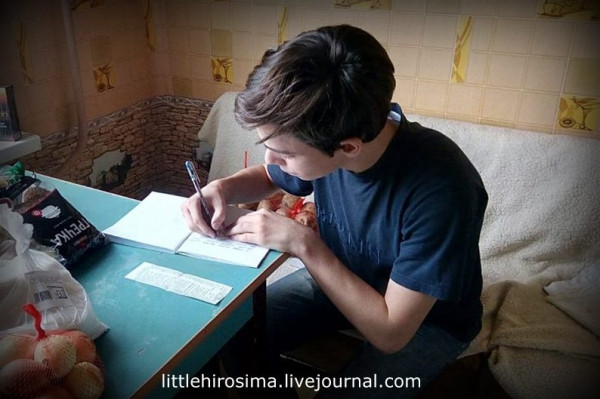 Valerka is a pretty good student. He lives on a stipend and side jobs. He did odd jobs on a construction site during the summer. Now it’s harder to find work. He wanted to become a night guard but wasn’t accepted. The stipend is only 800 rubles. Yes, sometimes he has nothing to eat.
He lives alone. Or, rather, survives. School also complicates his work schedule. It’s good he understands the importance of school.when Lena and Zhenya visited, he said, “I need to get a certification, then I’ll get work and take my brother in”.We also take care of two sisters, Alena and Marina, whom we regularly help (click on the “sisters” tag at the bottom of this post). Alyona is 21, and she works all kinds of jobs to ensure that the younger Marina is not taken away by social services. Marina is 8 years older than Valerka, she’s already in 8th grade. We tried to help Marina get into school to get a vocational certification. She works as a cashier in a supermarket. But she’s afraid. Says, how can I not have a job? How will I feed my sister? Even though we found people willing to pay for her sustenance while she studies, but she can’t allow herself any kind of hope. She works several shifts. She’s tiny, fragile. It seems a gust of wind would carry her off. They live on their own, their mother lives with someone in Lugansk. But the girls don’t even want to know her.
Valera’s mother left the Republic altogether. Yes, to get her life on track. She called once to say “she’s alive and arrived”.
She apparently forgot where she left her kids.
Forgot that on the Donbass the war is not the past but the present…
She apparently forgot she is a mother.
Or maybe she lost something human within…Our help for Valerka.
Thanks to all who participate! 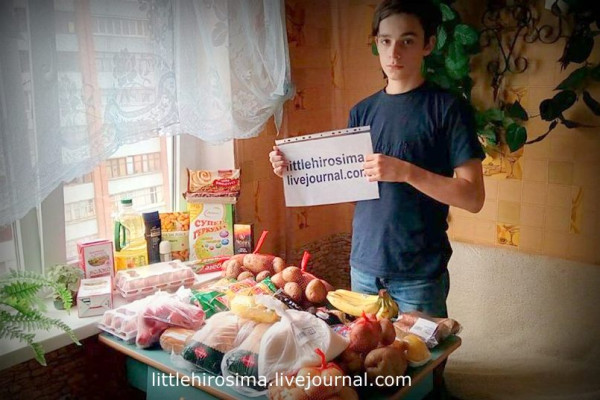