Lana married young. She went far away to live with her lover, got pregnant, but the beatings started almost immediately. It was so bad the girl ran off with her newborn to mother. The three of them have been living together ever since on the Pobedonosnaya St. in Lugansk. Those who spent 2014 in Lugansk know that in August artillery shells came in every day. Lana described how she saw “a woman torn in half” while waiting in line for water distribution.
There was no water, no electricity, no phone service. One could survive without many things, but not without bread and water. People came out of their apartments to get them, right under the shells.
I remember very well how the locals and Zhenya described August of that year at the time, shortly after these events. People could hardly bring themselves to talk about it. And if they did, only with trembling voices and flowing tears. Zhenya: “At that time, the ‘liberators’ were entertaining themselves by shooting at people who stood in line for water and bread, and where there was still phone service. Hundreds of people would meet there to send news to their relatives they were still alive. But the spotters worked there too.”
I remember how Zhenya told us about going to the roof to catch a phone connection to send a text message he’s still alive. There were no communications, but it was clear the city was under fire. 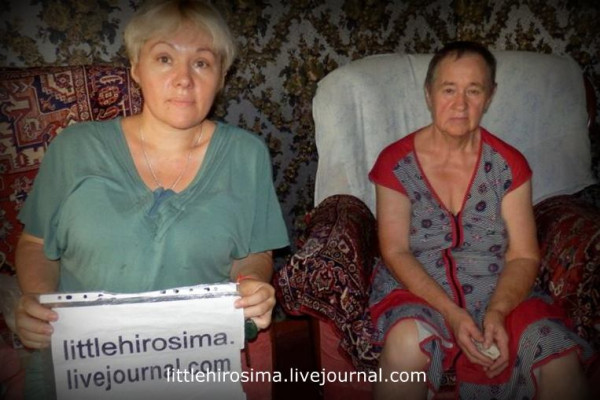 But after Lugansk’s toughest trials were over, Raisa Petrovna, Lana’s mother, suffered from a stroke. How many such stories we’ve heard, about people being struck down after the heaviest fighting? How many lives were carried off like that?
After the stroke, Raisa needed treatment. There was no money for medications–they had to ask neighbors and friends, whom they still owe. Doctors didn’t think she’d ever get back on her feet. She was in bed, didn’t speak, but the daughter and granddaughter managed to get her up. Now she walks, with difficulty but still. The doctors couldn’t believe it. She needs to undergo a round of treatment using tseraksone and mexidol every spring and fall.
Lana herself has health problems, needs tests. Can’t find normal work, does odd jobs. No money for tests, medications.
When the women saw how much food was brought to them, they said “it will be enough for two months”…But as you can see, it was not all that much…
They were embarrassed to accept aid, but Zhenya convinced them to take it… 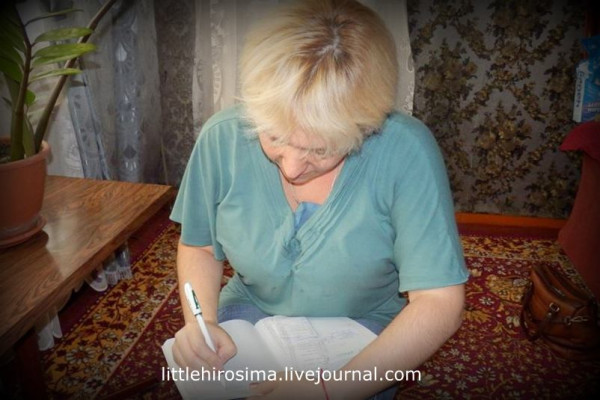 Our humanitarian aid. Thank you, everyone! 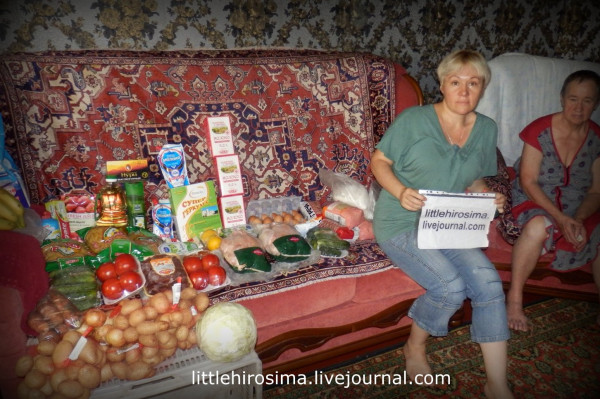