This is what happiness looks like. This is what a happy family looks like.
That’s what Lena’s family was like until 2014…
Lena buried Roma right in the garden, among exploding shells, tears, paralyzing fear, and incomprehension of what was happening.
August 19 was hot for Vergunka, a small, long-suffering village on the outskirts of Lugansk. 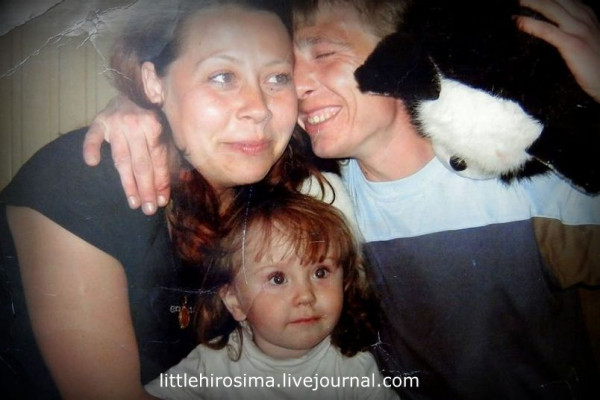 The family’s house did not have a cellar, so they were all hiding together in the deceased grandmother’s separate little hut. They thought it was safer there.
The whole family saw a shell strike their house. The whole family saw how it left only walls standing. They could do nothing else but look…
It was quiet again in the morning, and Lena and Roma went to the ruins of the house where they lived with two kids, Sofia and Mark.
Roma entered the house, climbed up the walls, and then the shells started coming again. The first shell struck their location.
Lena was hit by fragments and thrown back by the blast. All she remembered was the bloody cloud where her husband’s head used to be.
Lena buried what was left of Roma in the garden, next to what was left of the house. He was reburied in October.
Back then, in August 2014, there were no communications, it wasn’t possible to call for help or summon an ambulance. And, most importantly, the village was kept under fire from all kinds of weapons. Lugansk was closed down at that time, it was impossible to leave.
The city was being destroyed from dawn to dusk. 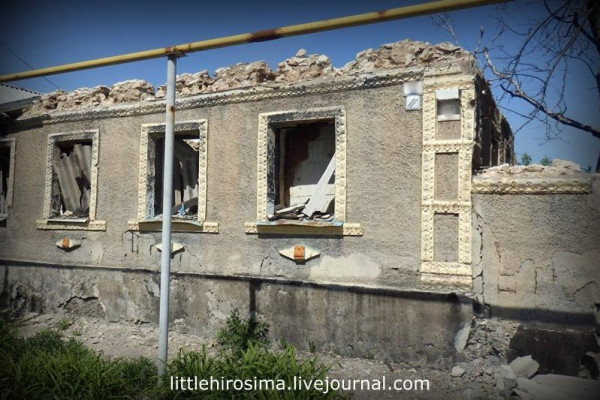 Nobody understood what was happening during the summer of 2014. Nobody could imagine this horror could continue for years, with the world generally exhausted and unwilling to recognize this war.
Everything seemed like a big mistake, it would end any day now, because such things don’t happen. It was impossible to comprehend. Comprehend or accept.
It’s been four years, and Lena remembers it like yesterday.
She lives with two children in Vergunka and sees the remains of the house every day. Sees where her husband was killed.
Blood runs cold from listening to Lena’s story, and the stories of others who found themselves in the Donbass meatgrinder.
It’s impossible to come to terms with it. Even more importantly, one must not come to terms with it.
Right now there is another escalation in the region, and many are tired of it so they are trying not to notice what’s happening.
One’s mind is tired from the pain. Four years have dulled not only our reality, but also the reality of the people living there.
I’m not asking to spend every minute in worry–we’re ordinary people, there’s little we can do to make the horror stop.
But just remember, every shelling means stories like that.
Stories of ordinary people who were bloodied by the war. Like Roma, Lena, and their children were.
And I don’t know what Mark and Sofiya will tell their children when they appear and grow up. I don’t know what they’ll say about what they experienced in childhood. How they’ll describe their house burning right in front of them, their mother burying their father in the garden where strawberries were planted.
Luckless, abandoned people. And I don’t understand why it’s happening that way. Why the silence in the media and the TV.
I don’t understand why everyone is trying to tell us everything is fine, there are just some local incidents, but let’s not get distracted. I don’t understand why we are being drawn away from this country’s main problem.
A fratricidal war is raging. 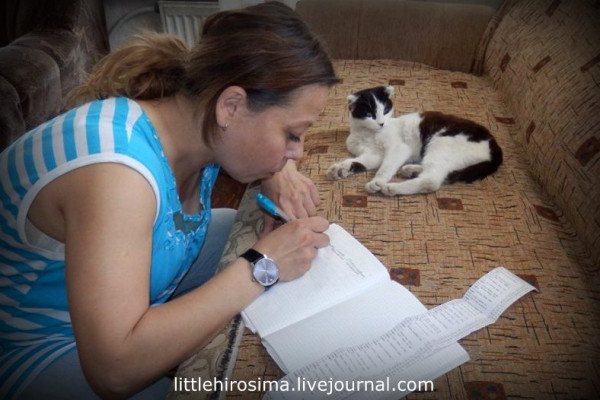 Our humanitarian aid. Thanks to all who participate!
Lena needs our help, she lives alone with two kids, earning 3500 rubles. The kids have to be not only fed, but also clothed and shod. 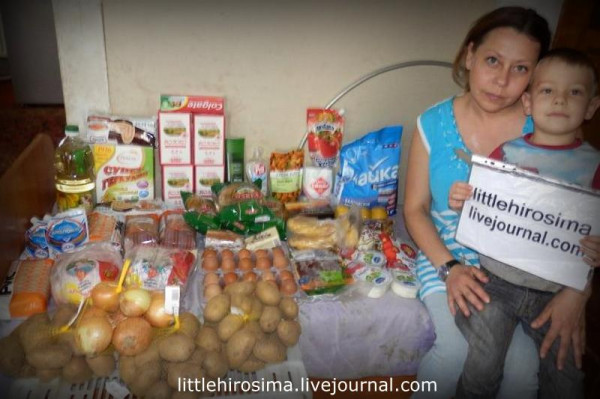