Have you seen this beauty with full, rosy cheeks? That’s Vika!)
Our little Sun of Lugansk!
It’s difficult to retell the story of the last three years, after all, we almost lost her.
Recently I was reminded by my old post from February 2016 when we brought Vika from Lugansk to Moscow for eye therapy, in the hopes of restoring eyesight. Her brother died due to stress and problems with insulin in wartime conditions. The family was in really bad trouble–no salaries were being paid in LPR, the bombing stopped only six months earlier and people were still not themselves (will they ever be, though?).
The father hasn’t had contact with the family for years. Vika’s grandmother was bedridden and she constantly needed diapers for which they had no money. It was impossible to take her along. Vika stopped eating and, more importantly, lost the will to live.
One could understand that–many didn’t know how to keep on living. No wages, no benefits, no money, no work, on top of that war and uncertainty that is still with them. I know cases of fathers harming themselves due to the sense of helplessness. Vika was a diabetic, and the several weeks of hunger and depression made her blind.
That wasn’t all–she lost two front teeth, she’s had kidney problems, she was in a downward spiral. We fought to preserve her eyesight, even managed to take her to Moscow, but instead she had to be treated for TB which was discovered there. 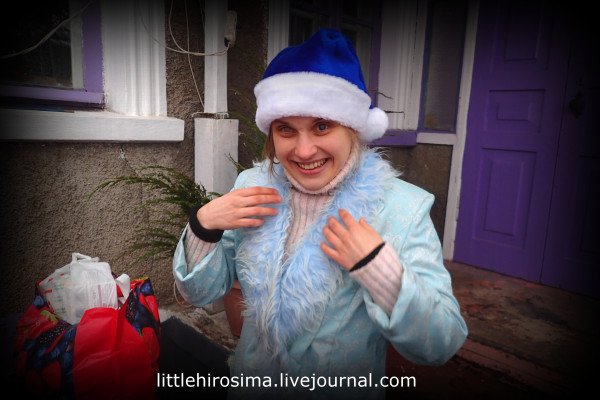 Vika spent 6 months at the clinic but it was no use. She had to have a surgery, after which she went home. Then she underwent a TB therapy for about a year, and we and our readers collected at least 40 thousand rubles every month for the necessary medications. These are very expensive preparations, one can’t even buy them in Lugansk…It was a miracle, and I could not believe we’ll be able to pull it off but we did!
Every month we delivered a huge packet of medications.
Vika now goes to a TB specialist twice a month. Everything’s fine.
All the analyses are within norm. Her sugar sometimes jumps, but overall it’s pretty stable.
Vika has gained weight, started going on walks, but most importantly she leading a life.
She laughs and has a very caustic sense of humor, which is good)
She’s getting used to her new condition–goes out on her own, goes shopping, cooks, cleans. Opens the door upon returning home and in general runs the house.
She also sings all the time, and appears at local concerns.
Yesterday, for example, she appeared at a concert dedicated to February 23, the Motherland Defender’s Day. I asked for a photo but it wasn’t very good, so I promised Vika and Sveta I wouldn’t post it. 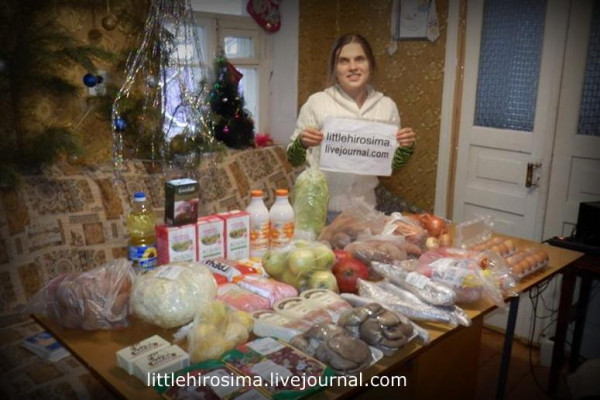 Her mom Sveta says she constantly sings at home, rehearses. They meet with an instructor several times a week.
They recently met a blind instructor at the Gorkiy Library who teaches computer science. So things are changing. And for the better.
And I’m incredibly happy we all did this.
I know most of my readers won’t find this post interesting–they’ve seen 80% of that information. Her rescue took place online, and we’ve been writing about it the whole time. All of that we experienced together, and Vika became close not only to me but to many readers. You can read all the posts, and there are many, about Vika by clicking on the “Vika” tag at the bottom of this post.
All of my friends know about Vika. My daughter dreams of meeting her. We continue to help Vika, although the situation is not what it used to be and there’s no need for costly procedures and medications. But she still needs eye drops (one eye was almost removed due to high pressure), test-strips for glucose and, most importantly, proper nutrition.
Thanks to all who participate in helping Vika!

There’s a question from Sveta: does anyone have an industrial sewing machine they no longer need? Sveta’s is broken, and she has an opportunity to work from home. Thank you! 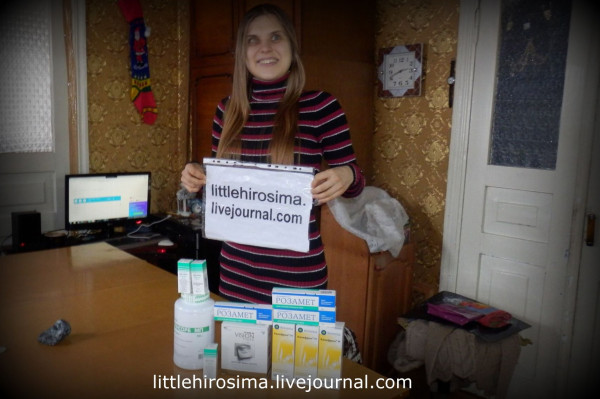 Receipt for medications from Moscow. 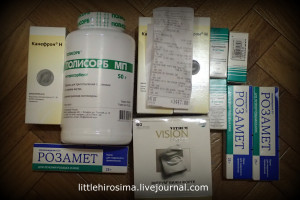 
One thought on “That’s Vika!”