Good news from Vergunka, near Lugansk. It’s a major source of joy, even though we are a bit late reporting it, but we found out about it only recently. The village now has water. For the first time since 2014! People had to carry it in buckets–that’s how laundry, washing, cooking, gardening was done.
That’s how it was.
Ira, who’s raising two kids by herself, lives there. The husband left to look for work at the start of the war and vanished. Abandoned them.
Ira was pregnant, in the last trimester. When Vergunka was shelled she escaped tot he city. The village was right on the line, half the street was leveled. Ira’s house was badly damaged too. The roof caved in, walls collapsed. When she returned, “everything has been looted, down to the spoons and dishrags.” 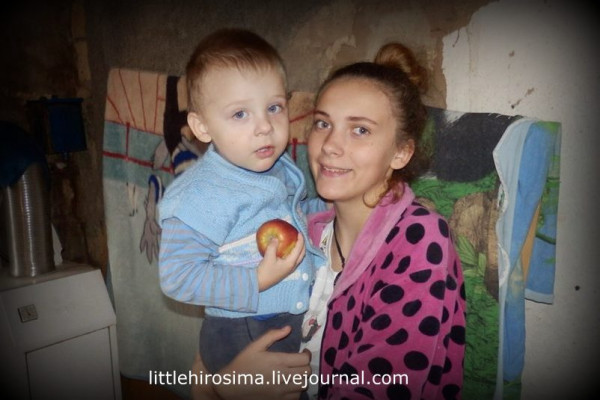 I’m sure you remember Ira and her kids.
We’ve been helping them for a year and a half. We brought pans, spoons, forks, linens, clothing, medications, food. A woman donated money to fix the roof. Someone donated a tablet to Vika.
That’s what it took.
Ira was able to find work. Doesn’t earn much, but it’s wonderful she’s able to work at all. LPR is a difficult place to find work. It’s almost impossible, in fact. So she has work, but things are still pretty tough. Vovka is too small to go to the kindergarten. Vika takes care of him, Ira and Vika take turns. Vika also goes to school and takes care of all the household chores.
Ira has long had eczema from the stress. 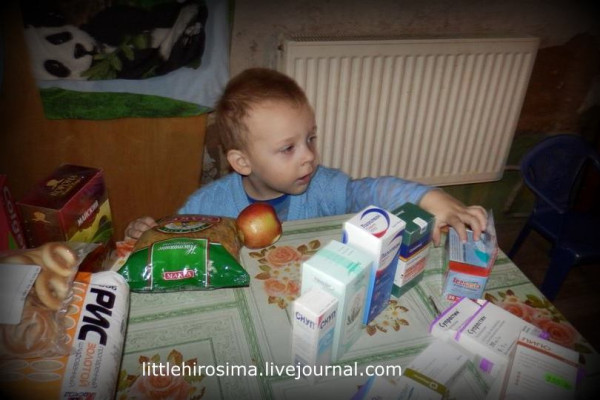 Their gas furnace, which heated the entire home, broke down and now they have to buy a new one which costs 7 thousand, far more than Ira’s salary. If they were to buy it, they’d have nothing to buy food with. And even if they were to make do without food, they still couldn’t afford it. It’s a huge sum.
Perhaps we’ll help? Please label any contributions for this purpose “furnace for Ira.” 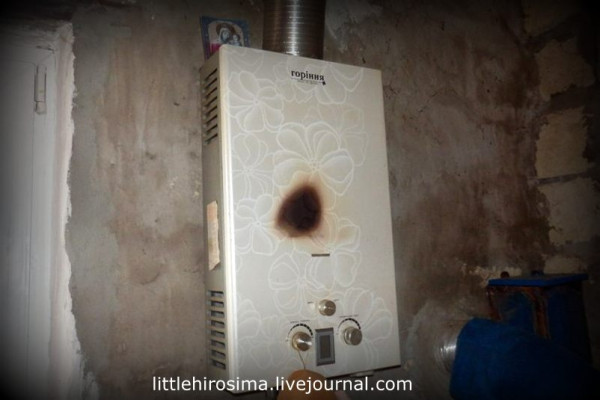 I want to add that Ira herself never calls anyone, never complains. She’s trying to do everything herself. But can she, with two kids during wartime, when the whole house was looted? When the husband ran away? Vergunka is still right on the line. One can often hear artillery volleys. There was no water until the summer, there was no power in ’15.
The husband occasionally pops up on social media but doesn’t answer letters. But reads them.
We met Ira by accident. Our friends were in Vergunka and neighbors spoke about her. Then they visited and offered help. 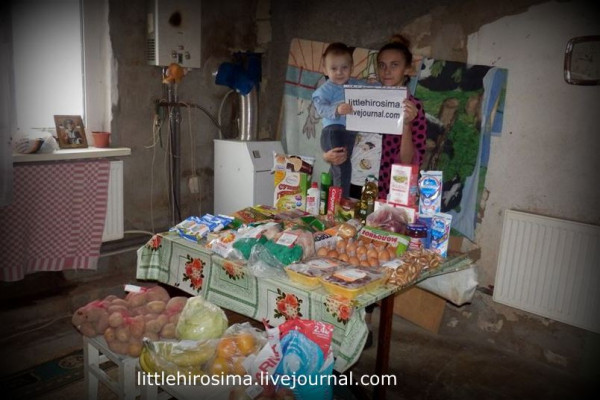 We recently brought more food and medicine. Ira was at work, only the kids were home. Vika is like mom to Vovka. Even though she’s only 13.
Thanks to all who participate in this effort! 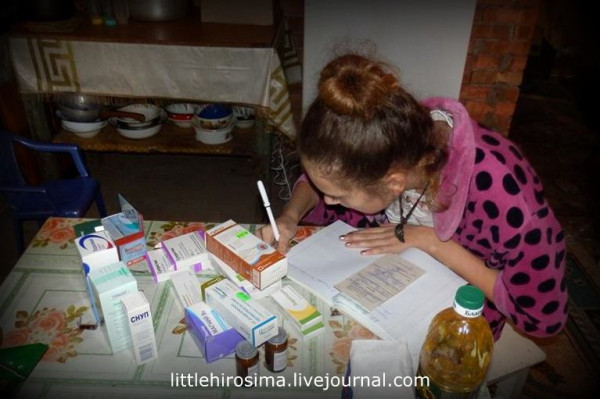