On the photo, the director of children’s regional intensive care in Lugansk.
It is he who saved Kolya Siluanov whom we sent, thanks to Liza Glinka, to Moscow for treatment.
Nearly the whole staff remained at their posts during the bombardment of Lugansk in 2014. They worked without pay for over six months. It was not simply difficult to get to work. It was life-threatening. Everyone who was in the city then knows what was going on. The city was closed, and many were not able to leave. They didn’t realize a real war just broke out and they will be targets. For aircraft, heavy artillery. People hid in cellars and were afraid to come out. The city was hit every day, with precision. Homes, schools, hospitals. People were being killed off.
No communications, no power. Nothing was working. I wrote about it a million times but I never tire of it.
These people remained and saved the kids.
The director turned to us for help. 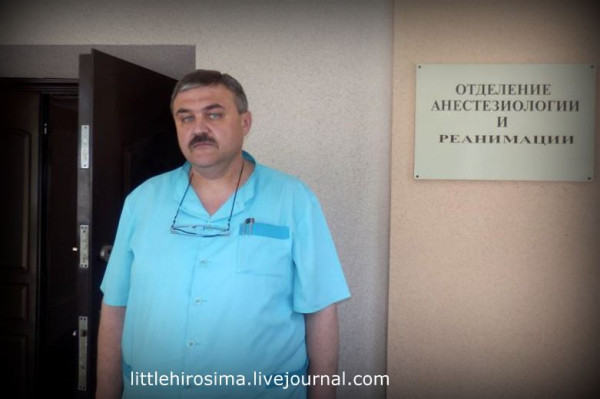 There is, or rather was, one washing machine in the ward, and it broke down.
It’s beyond repair.
Now it’s used as a basket for dirty laundry.
They use a tiny machine instead that one of the staff brought.
That’s all they have, and there is no replacement in sight. Which means the laundry has to be wrung by hand. But this is a hospital, they need a sterile environment. There are constantly large volumes of dirty laundry. Skin is starting to peel off the workers’ hands.
We were asked whether we could help with a washing machine.
We provided them earlier with cleaning supplies. 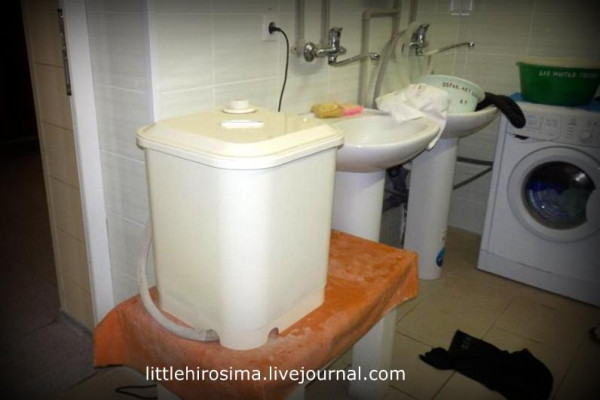 That’s where things stand.
We earlier bought a washing machine for a family with many children, remember?
It seems that it would be serious help for an entire hospital ward.
Shall we try, friends?
Please tag any contributions for this purpose “washing machine.”
Thank you for any responses, reposts, likes, and translations. 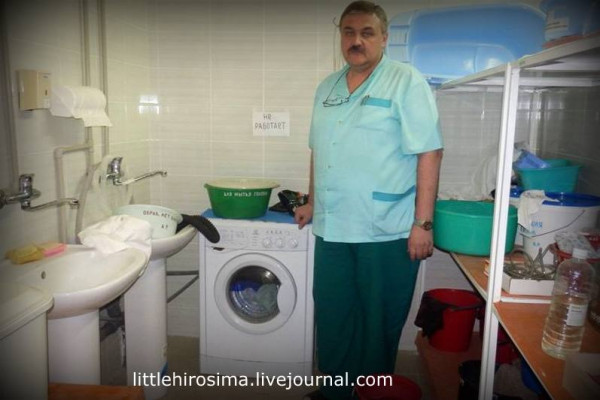