You, the unknown “girl from Ukraine” who wrote a veritable “Yaroslavna’s wail”, why do you hate Russians–you, who are spreading this mass hysteria of Russophobia, you are distorting meanings in every phrase you use. Do you hear me?
You wrote that post in the Russian language. You are using concepts from my culture, not yours.
What do you know about fear?
What do you know about pain?
You’ve seen soldiers in the streets?
Read someone else’s posts? Spent hours in front of the TV?
You are concerned for the kids who are forced, in schools, to draw cranes flying home and send them to soldiers?
What do you know about war, aside from internet hand-wringing by imaginary wives?
I’ll tell you what you need to know.


Do you know what it means to see your husband blown apart, and then get a phone call from Lvov saying that you are no longer their mother but a separatist?
Do you know what it’s like to bury corpses in gardens right next to houses, because artillery is so hot that it’s too dangerous to do anything else?
Do you know what it’s like to find the remains of your son and wife on your plot of land>
Do you know what it means to spend nights in cellars, not knowing whether it was your house that was hit or the one next door?
Do you know what it’s like to be a physician assigned to an ambulance in a city that is being shelled every hour, from dawn to dusk?
What it’s like to be 16 and see your brother die from a Grad rocket, while your own hands and stomach were shattered by its shrapnel?
What it means to clean up dead chickens at a poultry farm after a shelling, to prevent the city from being contaminated, and then lose your leg and arm to shelling?
What it’s like to give birth at night under fire, when no ambulance can reach you because you are right on the front lines?
What it’s like to run with your child to your mother’s house in a neighboring village,only to have a shell hit the neighboring room? After which your kid dives to the ground at every sound?
What it means to carry disabled in a dormitory to the cellars using only your arms, under shells?
What it means to have polyarthritis and to be alone in the whole wide world, not being able to reach the cellar, and then on top of that to lose your house and your leg?
What it’s like to be 14, having spent your whole life dancing and dreaming of becoming a choreographer, only to have to run from Lugansk to get shot at by Ukrainian troops and have your legs shot through so that you’ll never dance again?
What it’s like to see your grandson wounded in the head, and then to carry him to the next village at night because the shelling there is less intense, in spite of the snipers on the slag heaps, after which a shell strikes your home while you are in Rostov where your kid is getting treatment?
What it means to be a young boy and see your father get blown up, after which you withdraw from the world?
What it’s like to have a child with cerebral palsy, with planes passing over your head dropping bombs? To look up, in paralysis so complete that you can’t even run for the nearest ditch?
What it’s like to be an elderly woman and to lose one’s husband to a shell, then to walk around the apartment looking for him? After which you’ll spend the next 10 days in the same apartment as the corpse, because it’s too dangerous to go outside because the city in which you were born and grew up is being riddled like a sieve?
What it means to lose your only son to shellfire, then suffer a heart attack?
Read these stories. These are not tall tales of “crucified boys” or photomontages, but real people.
Read about them.
Then shove your tears for the soldiers somewhere else.
You are crying for the wrong people.
And yes, I, a Russian, whom you hate so much, am helping these people. There are hundreds of people like us, Russians, dragging canned meat, medicine, and diapers across the border.
With the humanitarian convoys which you so hate.
And if you feel so awful that you are getting fits and can’t sleep, go to the Donbass and help people.
Doesn’t matter on which side.
There are people there just like you.
Both Ukrainian and Rusisan.
You have unlearned to notice people.
So relearn.
But I know I am writing into nothingness. Because this is a dead text.
You, who have read Esenin and Blok, who studies Vasnetsov’s paintings and cries for Ukraine’s soldiers, do not exist.
You were made up to incite hatred.
And your photos and likes on your facebook page are an illusion.
But the people in my stories do exist.
And they are real.

“Ukrainian girl’s” original post from June 13 is here.
It just happened to pop up on my news feed and, pardon me, but I couldn’t restrain myself. 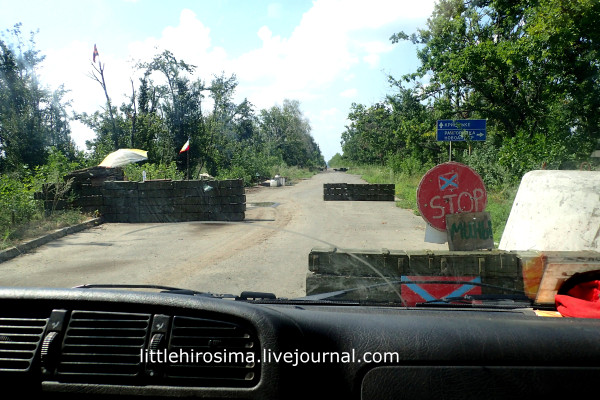 One thought on “Please pardon me, but I couldn’t restrain myself”